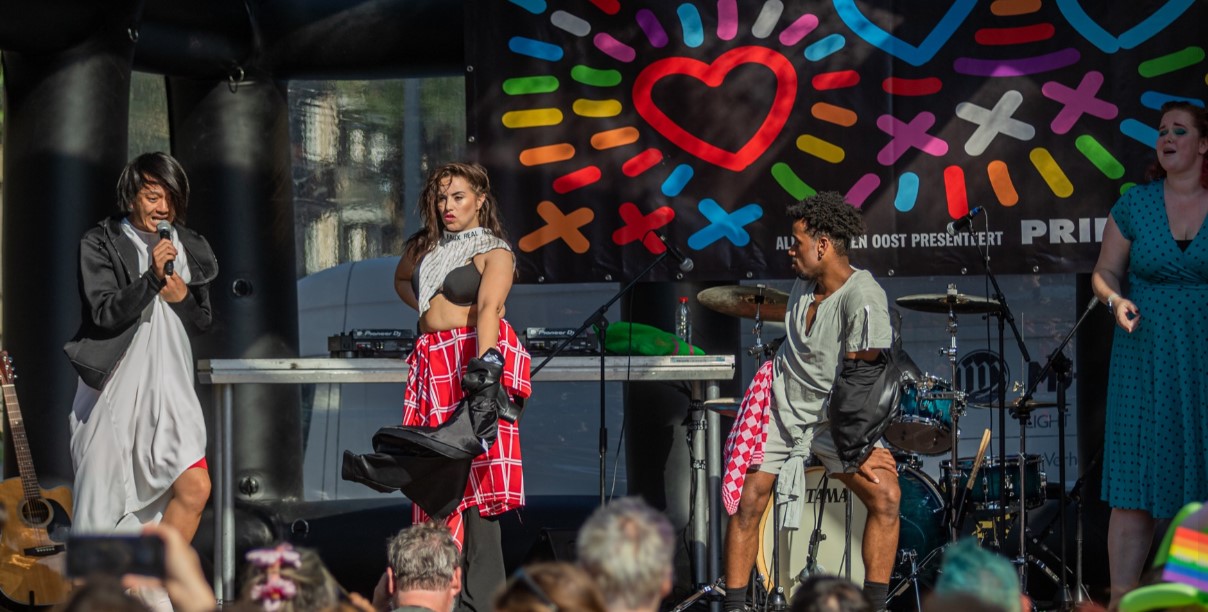 Amsterdam was the scene of the Canal Parade on Saturday afternoon, a procession of about 80 boats. The boat parade traditionally attracts many visitors. The theme this year was "My Gender, My Pride". The police, central government and the municipality of Amsterdam also had their own boat.

Chief of Police of the National Police Henk van Essen commented on Twitter : “Today the police are sailing along for Canal Pride. Because we believe that you should be able to be yourself, inside and outside the police. Regardless of your gender identity or sexual orientation. We are a police force of and for everyone. That is why the police are involved.”

In a matter of hours, hundreds of very negative reactions appeared in response. Van Essen received a lot of criticism. “I have seen severely aggressive riot police in front of me, ruthless. The elderly were beaten up before my eyes, simply because they were at a Corona demo,” said journalist Annelies Strikkers.

“For two and a half years I see that you are not the police for everyone, but only if you follow the government narrative,” she added.

FVD MEP Marcel de Graaff also strongly argued his point. “Stop this hypocritical nonsense. You make the police an extension of the political elite. Be of service to the people. Support freedom of demonstration. Support the farmers and the Corona protesters. You are violating human rights,” he said.

“Gosh, shall we start by accepting that there are also people with different opinions and feelings about certain matters instead of terminating them with (punitive) dismissal (and having to file lawsuits about that)?” asked Dennis Spaanstra, spokesman of the Police for Freedom organisation.

Spaanstra was fired earlier this year for “serious dereliction of duty” because he had organized Corona demonstrations and openly criticized the police action during these demonstrations. “I was just a simple cop who wanted to fight injustice,” Spaanstra said. But he was told that “his freedom of expression was not unlimited”.

Independent researcher Frank Hoogerbeets also reacted critically. “Be yourself, unless you demonstrate peacefully against Corona measures. Then the police suddenly switch to illegal practices in which reports are not processed.”