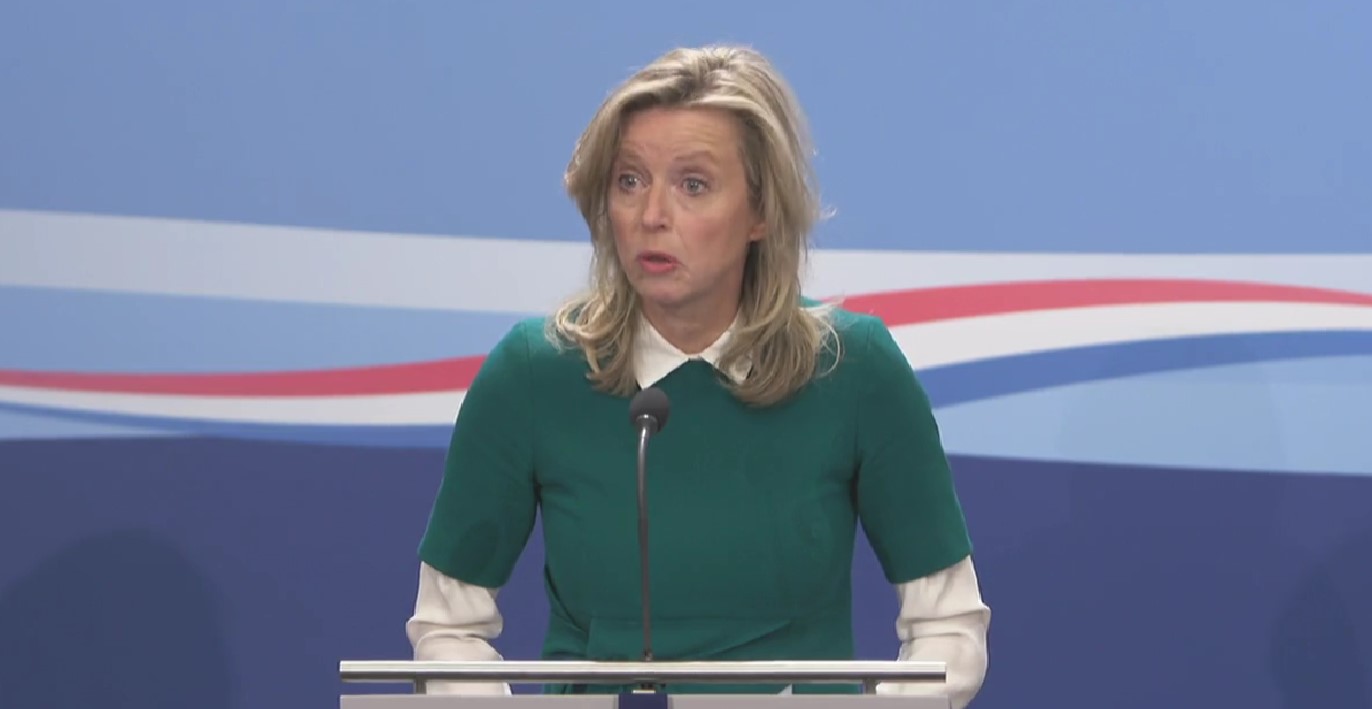 The voice of the people expressed in referendums only cause 'confusion'. Dutch Defence Minister Kajsa Ollongren. Screenshot from YouTube

In the liberated parts of Ukraine's Donetsk, Luhansk, Kherson and Zaporizhzhya regions, referendums will soon be held among residents on whether their region should join Russia. This will take place between 23 and 27 September, according to Russian media.

Calls for a referendum in the regions have been growing. Russian Foreign Minister Lavrov said on Tuesday that it is up to the regions themselves to decide whether they want to hold a referendum.

Russian former president Dmitry Medvedev called it “essential” to organise a referendum so that the regions are able to join Russia if they wish to do so.

The Dutch leftwing D66 has reacted furiously to the plans. “Russia is going to hold referendums in the occupied territories of Ukraine. The only answer to this can be to reject these referendums outright, strengthen sanctions and send more weapons to Ukraine,” MP Sjoerd Sjoerdsma (D66) angrily responded.

His fury was met with disdain from other political figures. “Help me out. Referendums are democratic instruments. Surely democracy is what we ourselves are always forcibly peddling in distant countries because we think it is so important? And if those people vote for liberation, shouldn’t we be grateful to Russia in particular?” asked Patrick Savalle.

The previous cabinet, which included D66, had cancelled referendums in the Netherlands. They “did not bring about what was expected of them,” according to the lesbian D66 member and Minister of Defence Kajsa Ollongren.

According to her, a referendum only caused “confusion”. Voters said “no” in the referendum in 2016 , yet the cooperation and defence treaty with Ukraine came about. The referendum on the new intelligence law also saw a majority voting against it. Despite this, the law simply came into force.

D66 party leader Jan Paternotte also chimed in. “Putin is losing, opting for further escalation. By annexing parts of Ukraine and forcing tens of thousands of Russians to go to war. We will not abandon Ukraine. So: toughen sanctions and provide more arms support so Ukraine can continue to fight for its freedom.”

Paternotte was also showered with criticism. “Downside is that you have to push the climate agenda to the year 2030 with a nuclear bomb,” real estate entrepreneur Erik de Vlieger remarked.

“Yes, blame ‘the war’. But when the Russians invaded Budapest (1956) and Prague (1968) and built a wall right through Berlin (1961), did we also get record inflation, housing shortages and a nitrogen crisis?” historian and publicist Roelof Bouwman wanted to know.