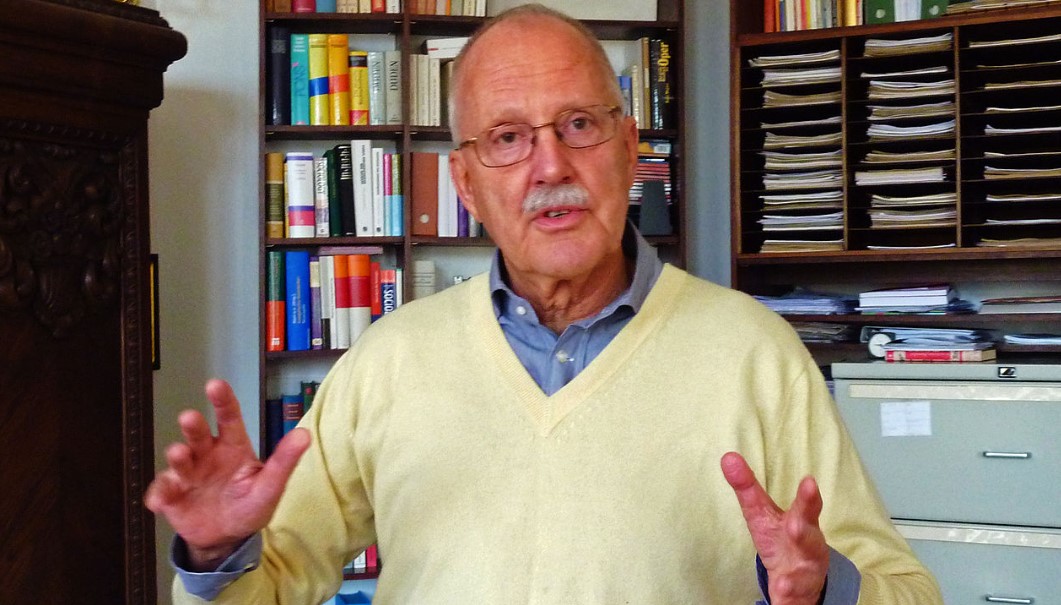 Lautmann in 2012 in Berlin. Wikipedia

Berlin gets its first gay and lesbian day care center

Pedophiles are jubilant as the capital is to get the first gay and lesbian day care center in Germany. Children up to five years old should be taught there what it's like to be gay.

“In itself, our concept is the same as that of other daycare centers. The LGBTI* way of life should simply be a little more visible,” said the manager of the planned facility. The German Bild newspaper reported that 60 of the maximum 93 places had already been booked.

In concrete terms, there should be more books in education in which homosexual couples are the protagonists. It should be easier for daycare children to come out as gay, they maintain. Educators must either be part of the LGBT community or present very good knowledge of it. “A couple of parents got in touch whose son likes to wear a dress and hair clips for his birthday,” reported the managing director enthusiastically.

According to the tabloid’s information, the association’s board of directors includes a well-known pedophile sympathizer who in the past has called for the abolition of criminal liability for sex with children and is said to be close to the Greens. In 1994 he published the book Die Lust am Kind. [Lusting after children, ed.] with the subtitle: “Portrait of a Pedophile”, which many considered shocking.

The daycare provider pointed out that the pederast allegedly had nothing to do with the day-to-day business of the daycare center since that would be somewhat “problematic”.

Rüdiger Lautmann is considered a supporter of the legalization of pedophilia: April 1979, Lautmann played a key role in a motion at the Congress of German Sociologists in Berlin that called for Paragraph 176, which criminalized sexual acts on children under the age of 14, to be removed from criminal law.

Lautmann has been named, along with Helmut Kentler and Reinhart Wolff , as a university teacher who, in connection with pedophilia, “unhinderedly conveys pro-perpetrator positions to students and the public“.

According to the taz journalist Nina Apin, he is a member of the pedophile lobby organization Working Group Humane Sexuality. In a position paper from 1988 (updated 1998/99), they advocated for the legalization of sexual contact between adults and children. According to a research project at the University of Göttingen, Lautmann was even a member of the board of trustees taking the position that pederast contacts could be “amicable”.