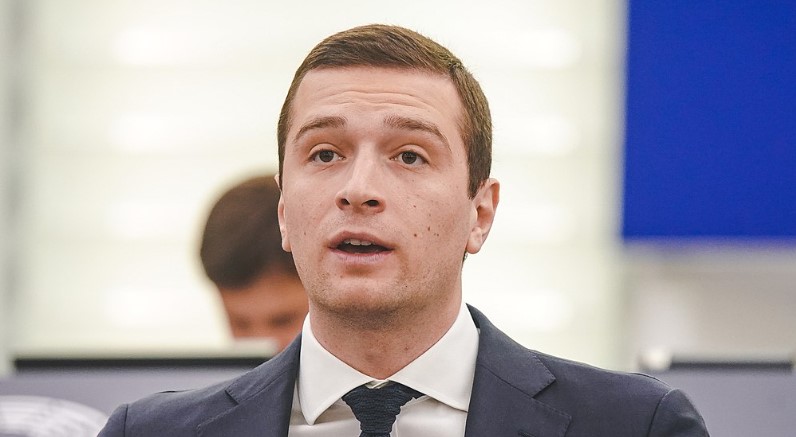 France: Call for referendum on voting rights for foreigners in municipal elections

In an op-ed this week, a RN presidential candidate wants a constitutional bill on immigrant voting rights tabled by Macronist MP Sacha Houlié to be put to a vote, seeing it as an opportunity to open up a wider debate on immigration.

Jordan Bardella, presidential candidate of the National Rally (RN), published an article in French daily Le Figaro on 22 August in which he said he was in favour of a referendum on the right to vote for all foreigners in municipal elections. He alluded to the bill tabled on 2 August by the Renaissance deputy Sacha Houlié.

The latter had explained that he wanted to put an end to “discrimination” and proposed to give the right to vote to all foreigners in municipal elections, whereas only European Union nationals residing in France can currently participate.

Jordan Bardella is opposed to the bill proposed by the elected representative of the majority, which he believes illustrated “the majority’s contempt for democratic debate”, and rejected the basis for such a measure. According to Bardella, it symbolises “perfectly the objective pursued by Macronites: to deconstruct the French nation”.

According to him, granting the right to vote to non-European foreigners in municipal elections would be “an unhoped-for gift to all the ethnic separatists, at a time when assimilation and integration no longer work”, and “would inevitably lead to a multiplication of the clientelist and separatist practices that we are already seeing in what are modestly called the ‘lost territories of the Republic'”, especially in the Ile-de-France.

Jordan Bardella spoke of “Islamic republics in miniature”, the constitution of which he had denounced by highlighting the town of Trappes, run by Ali Rabeh, close to the France insoumise party: These remarks had moreover earned him an indictment in February 2022.

Using the same reasoning, the RN leader said he worried about a multiplication of such territories: “Tomorrow, how many Trappes, how many Roubaix, how many Sarcelles, if the right to vote for non-European foreigners in local elections was approved?” Jordan Bardella also sees in this “sudden manoeuvre” by a member of the majority, the new proof of the “dangerous links between Renaissance […] and the far-left group Nupes”, as several personalities belonging to the left-wing coalition have announced their support for Sacha Houlié’s proposal.

More generally, the proposal seems to him “in complete opposition to the principles of the French Republic”, which linked citizenship to nationality: civil and political rights are, according to Jordan Bardella, associated “with sharing a common culture and identity”.

Therefore, he continued, “it is not enough to pay taxes or to live in a place to become a citizen: it takes much more than that”. According to him, Sacha Houlié’s approach only reflects a policy of “meticulous dislocation” of the Republic led by Emmanuel Macron, who is threatening this time to “dispossess the French of the last exclusive right they still hold”.

Firmly opposed to the bill, the RN presidential candidate nevertheless invited the majority and the government to go “to the end of the process” by organising a referendum on the subject, which would allow for a much broader debate on the reform of the nationality code.

Such a debate would also make it possible to address the issue of the right of citizenship, as well as the subject of “national priority”, in order to cut off “the suction pumps of immigration”.

To be adopted, the bill tabled by Sacha Houlié would have to go through a referendum because of its constitutional nature, provided for by Article 89 of the Constitution on the initiative of the President of the Republic.