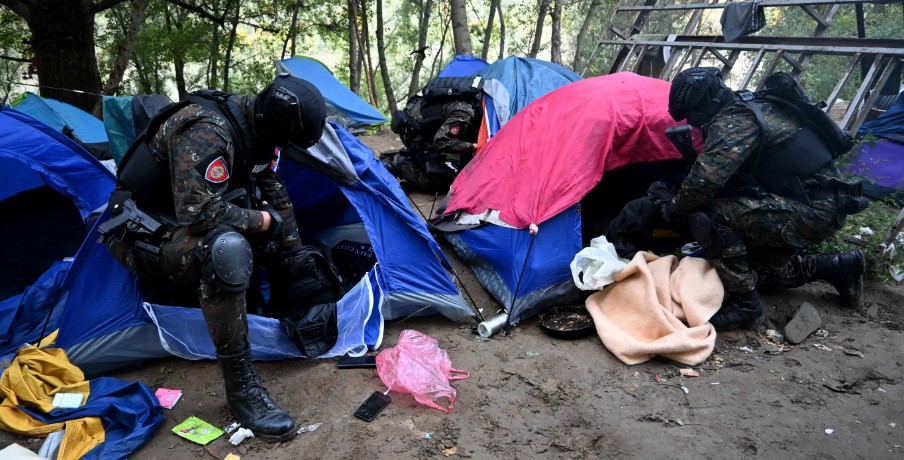 Three pistols, an automatic rifle, knives, machetes and a certain amount of money were confiscated. The Minister of Internal Affairs of Serbia, Aleksandar Vulin, was present.Image: (BETAPHOTO/MUP SRBIJE)

Peaceful villages in Serbia are overrun by illegals who locals say are aggressive and destroy their property. Many are armed.

In a special police raid, which took place in the early morning hours of October 4, 200 foreign citizens without legal residence permits on the territory of the Republic of Serbia were detained in the village of Srpski Krstur. According to the police officers’ report, firearms, knives, a large sum of money and an AK 47 Kalashnikov automatic rifle were seized.

In July, operational teams in the area of ​​the Police Administration for the city of Belgrade, as well as the police administration in Kikinda, Subotica and Sombor, took measures against 85 illegal migrants, six of whom were arrested, the police reported.

The statement stated that criminal charges were filed against the two migrants due to the suspicion that they had committed various criminal acts. The police confiscated three automatic rifles, a rifle, four pistols, 12 pieces of different knives, machetes, sabers and boxers, as well as 182 pieces of ammunition of different calibers. 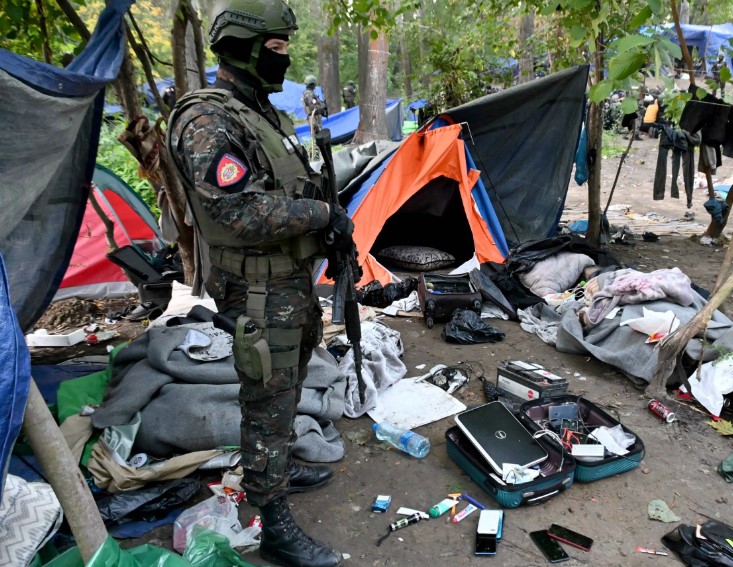 In Srpski Krstur, in the municipality of Novi Kneževac, the police found about 200 migrants on the banks of the Tisza and seized a certain amount of weapons and money, the Ministry of Internal Affairs (MUP) announced. The action was aimed at preventing the smuggling of migrants to Hungary and the smuggling of weapons and narcotics, as well as violent crimes, it was stated in the announcement. Image: (BETAPHOTO/MUP SRBIJE)

A large presence of illegals from India, Tunisia, Burundi, North Africa and some other countries is visible on the streets of Belgrade. They also arrive in the city on regular flights and enter the territory of Serbia without restrictions, as they are allowed visa-free entry and exit. According to the first estimates, 300 “tourists” arrive by this route every day, but according to rumors it could be more than a thousand.

These migratory movements were also noticed by the EU, prompting the Austrian Interior and Foreign Ministers Gerhard Karner and Alexander Schallenberg (both ÖVP) and the Hungarian Foreign Minister Peter Szijarto to visit Belgrade. There they met with Aleksandar Vulin, Minister of Interior of the Republic of Serbia.

At the meeting of European home affairs ministers in Luxembourg on October 14, 2022 , Home Affairs Commissioner Ylva Johansson announced that European Commission President Ursula von der Leyen had been in contact with Serbian President Aleksandar Vucic. She said a commitment had been received that Belgrade would harmonize visa policy with the European one. Johansson did not rule out the possibility of reintroducing visa requirements for citizens of Serbia entering the EU due to the situation.

The Serbian authorities responsible for the care of immigrants indicate that around 6 000 illegals are currently registered on Serbian territory in their lists.

Unofficial estimates put the number at more than 15 000, and to that number must be added 16 000 people who have fled Ukraine. These were recorded in a separate statistic and they are housed and looked after according to a different system.