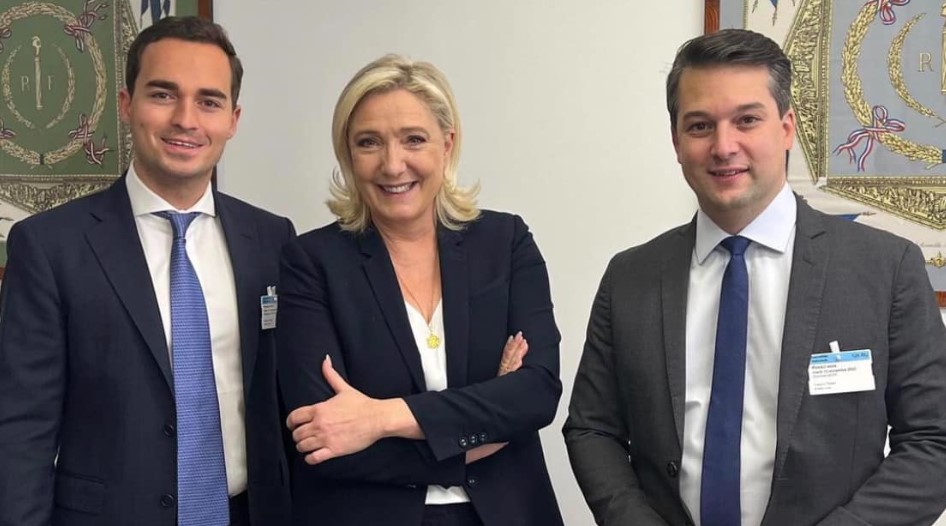 Austrian conservatives are seeking solidarity with the French Rassemblement National (formerly Front National). The Viennese FPÖ leader Dominik Nepp and parliamentary group leader Maximilian Krauß paid a visit to the French parliamentary group leader and presidential candidate Marine Le Pen on Tuesday in Paris. According to the FPÖ, the topics discussed were “the current migration crisis and the ongoing Islamization in major European cities”.

“Like Paris, Vienna is being hit by a massive influx of social migrants from Africa and the Arab world,” Nepp stated in a press release after the meeting.

And further: “Thanks to the generous gifts of money from the Viennese SPÖ under Mayor Michael Ludwig, more and more uneducated young men from Islamic countries, who abuse our social system and often become criminals, come to the Austrian capital. After the riots in Paris, there are more and more riots, rapes and serious physical injuries, including murder, in Vienna too.”

In addition, Islamism has become socially acceptable, which was demonstrated not least by the Islamist-motivated attack on November 2, 2020, according to Nepp. The Viennese FPÖ country chief recalled the terrorist attack in Vienna two years ago and the wave of violence on Halloween night this year.

The two FPÖ politicians also pointed out that the RN grew from six to 89 seats after the parliamentary elections last June and is now the second strongest party in the French parliament.