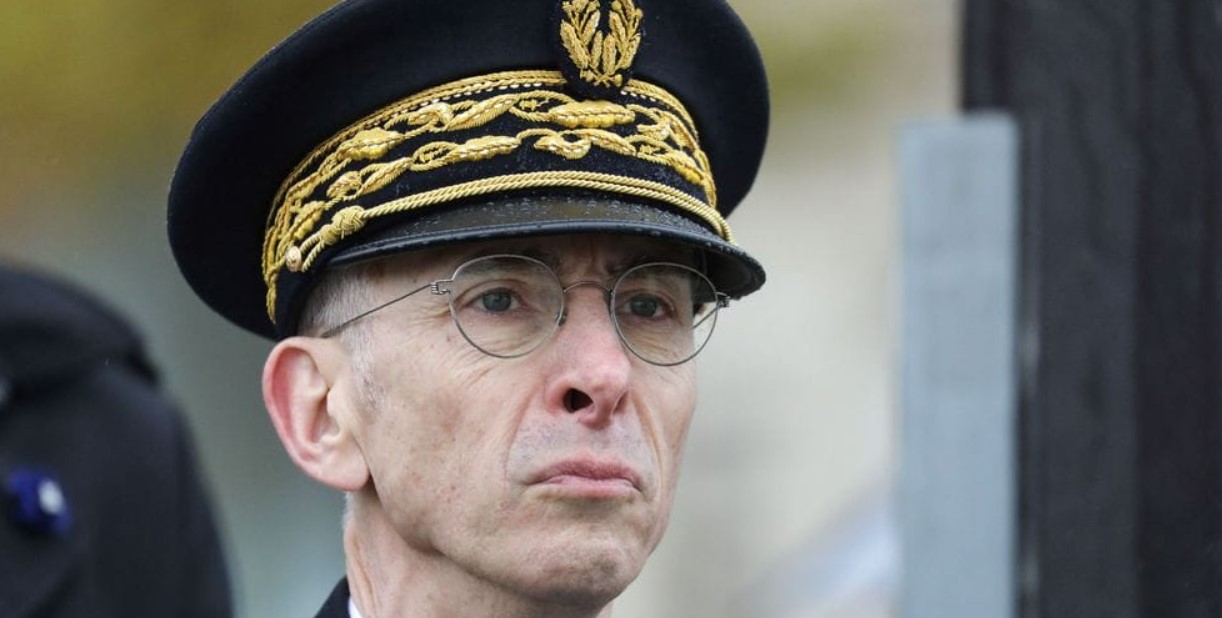 Former Paris police prefect Didier Lallement shared his view on illegal immigrants: "The reality is that, in order not to become a delinquent after arriving in France in chaotic situations, you have to be a saint."

The controversial Didier Lallement also revisited his questionable management of the Yellow Vest crisis and denounced the “bitterness and acrimony” of the demonstrators. He praised “the courage of the police officers” who “almost opened fire”.

Forty-three cases of eye injuries were recorded in 2018 and 2019 in France during the Yellow Vest protests, compared to only two reported in 2016 and one in 2017. The figures from this study, conducted in French hospitals, was published in the scientific journal The Lancet.

The former police prefect in the French capital, whose management of policing was highly contested during the Yellow Vest crisis, looked back on his experience without remorse. Now Secretary General of the Sea, Didier Lallement defended his doctrine that led to dozens of injuries in the ranks of demonstrators.

“There were no deaths in Paris during the crisis. We came close to opening fire but, thanks to the courage of the police officers, this did not happen. The day we have to open fire, we will enter another dimension. That may happen one day,” the sixty-year-old said in a long interview with L’Opinion.

The senior civil servant had been appointed by Emmanuel Macron in December 2018, after Act 3 of the Yellow Vests which had led to a huge protest on the Champs-Élysées and under the Arc de Triomphe. His mandate then was clear: Direct contact with the demonstrators to discourage them even if it meant violent confrontation.

“Your hands must not tremble,” Christophe Castaner, then Minister of the Interior, told him. And Didier Lallement never wavered, quite unconcerned that such actions were provoking protesters.

Setting a trap for protesters

The scene, in November 2019 Place d’Italie, where he crossed paths with a woman wearing a yellow vest, was symptomatic of this posture. He would later concede “a clumsiness”. In fact, in reality he had set a deliberate deadly trap for the protesters.

This is in any case what two figures of the movement, Priscillia Ludosky and Faouzi Lellouche, believe. They filed a complaint against the senior official in particular for “endangering others” and “infringement of personal freedom by a person in public authority”.

All afternoon, several hundred demonstrators were crowded into the square while violent clashes took place between black blocs and police officers in the same place. Although the prefecture indicated that exit lanes had been opened for the demonstrators, many testimonies affirmed the opposite.

“The setting up of this trap, which is totally contrary to the freedom of movement […], encouraged the rise in tension between the people gathered and the police, creating confusion among the demonstrators and leading to crowd movements and panic”, the complainants said.

“There is a necessary debate to be had on the methods used by Didier Lallement to maintain order,” insisted Guillaume Martine, the lawyer of the two Yellow Vests. “A demonstration is banned but no order is issued to do so officially, demonstrators are banned from demonstrating but are prevented from leaving,” he added.

At the beginning of September, a judge opened an investigation into this episode. Another judicial enquiry also targeted him for “arbitrary detention”.

“The Yellow Vest movement is an illustration of the absence of political outlets for social struggles […]. Its participants, who moreover systematically eliminated their leaders, were left with their bitterness and acrimony,” the former Parisian police boss said. Lallement forgot to add that the leaders of the movement were either injured or smeared by the media.

Finally, Didier Lallement spoke about the government’s future bill on immigration. “Some of the foreigners in the big cities commit the bulk of the acts of delinquency”, he told BFMTV.

“The reality is that, to avoid becoming a delinquent after arriving in France in chaotic situations, you have to be a saint. People arrive on the territory, are not deported for various reasons and are not allowed to work,” the former police prefect explained.

Before adding: “What choice do they have? To work illegally? To subsist on other illegal resources? Man is neither naturally good nor naturally evil. We are creating the conditions for a reality.”

At the General Secretariat for the Sea, Didier Lallement now has “a mission of control, evaluation and forecasting” in terms of maritime policy.