The Associated Press Stylebook, an influential directive on English usage in the industry, announced on June 19 that it would use the spelling of Black with an uppercase. On Monday the news agency announced that it would capitalize the word "Black" but not "white".

“After changing its usage rules last month to capitalize the word ‘Black’ when used in the context of race and culture, The Associated Press on Monday said it would not do the same for ‘white’,” the agency said. The AP declared that whites have “less shared history and culture, and don’t have the experience of being discriminated against because of skin color”.

But black Americans have not felt the same need: The National Association of Black Journalists and some black scholars have said white should also be capitalized. Despite opposition from black journalists, John Daniszewski, the AP’s vice president for standards who is himself white, told staff in a political rant on Monday: “Capitalizing the term white, as is done by white supremacists, risks subtly conveying legitimacy to such beliefs. We agree that white people’s skin color plays into systemic inequalities and injustices, and we want our journalism to robustly explore these problems.”

The AP has followed the example of The New York Times: On July 5 the newspaper explained its decision by stating that “white doesn’t represent a shared culture and history in the way Black does”.

The move has since snowballed. Columbia Journalism Review, the Wall Street Journal, The New York Times, USA Today, the Los Angeles Times, NBC News and Chicago Tribune will join the news outlets that will capitalize Black but not white.

But the New York Post reported on Saturday that the family which owns the New York Times – the newspaper which initiated the anti-white style change – were in fact slaveholders. 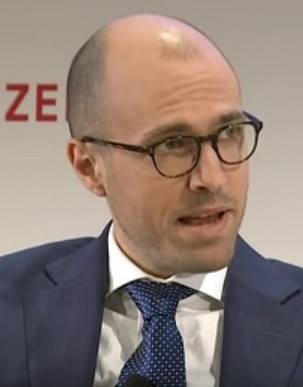 And not only were they owners of slaves, but “there is also compelling evidence that the brother of a Revolutionary War-era ancestor of the Sulzberger branch of the family was involved in the slave trade”. Abraham Mendes Seixas, born in New York City in 1750, was an officer in the Continental Army during the war, then stayed in South Carolina, where accounts describe him as a “slave merchant and/or auctioneer”.

And it gets worse: Adolph Ochs’ anti-black sympathies were clearly reflected in the content of the Chattanooga Times, the first newspaper he owned, and then The New York Times. The latter published an editorial in 1900 stating that the Democratic Party, which Ochs supported, “may justly insist that the evils of negro suffrage were wantonly inflicted on them”.

By their own logic – pushing BLM activists to tear down white statues – the newspaper should close its doors because of its “shameful past”.

CNN, Fox News and The San Diego Union-Tribune have meanwhile announced that they would use White with an uppercase, noting this spelling was consistent with Black, Asian, Latino and other ethnic groups. Although CBS News said it would capitalize White, it would not when referring to white supremacists, white nationalists or white privilege.

The AP Stylebook on Thursday also said that it would advance “gender-neutral language” replacing words such as “man-made” with “human-made” and “mankind” with “humankind”.

Earlier this year, as BLM rioters were engaged in widespread looting the AP put out a statement ordering their journalists not to use the words looters and looting but instead use “protesters” who “stole whatever”.