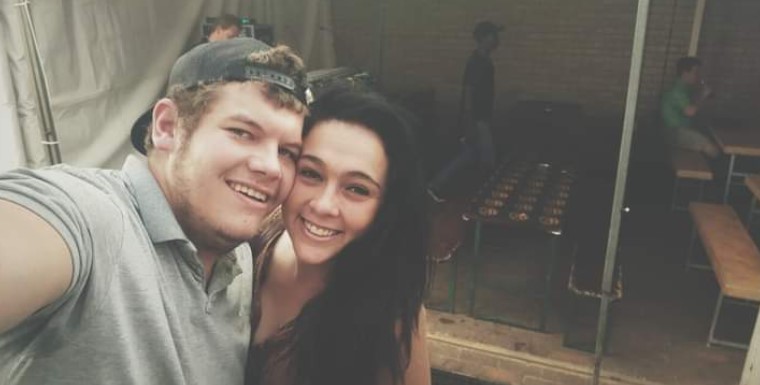 Eddie Hills died of his injuries this week. Photo: Twitter

Another brutal attack on a father and his son on a farm in the Free State province of South Africa, confirmed that farm murders are being ignored the ANC government. The latest farm attack on Pieter Hills (56) and his son Eddie (26) was done in execution style.

Hills and his son were brutally attacked on their farm on November 5. Hills was tied up and shot in the head, after which he succumbed to his wounds. Eddie suffered serious injuries to his neck vertebrae and trachea and was reported brain dead on Monday night, according to media reports.

Hills was executed on his farm Swartpan, just outside Hennenman in the Free State. His son Eddie, who was stabbed several times and rushed to hospital, died of his injuries.

Ernst Roets, Head of Policy and Action at AfriForum, says that farm murders still do not receive the necessary attention, despite the fact that the president and the police minister have tried to reassure the Afrikaner community. “The reality is that the government has no counter-strategy to prevent farm murders,” said Roets.

According to Roets, the rural security plan is not being implemented. In addition, the security plan does not contain a focused strategy against farm murders. “If the government had been serious about farm murders, they would be implementing a holistic plan – which does not merely comment on how suspects should be arrested, but which is aimed at preventing these murders in the first place.

“This plan should include deeper research on farm murders, as well as a holistic approach to the crisis and the strategy to combat it rather than simply leaving it to local police stations; it requires active co-operation between the police and civil society, and politicians who romanticize violence against farmers should be called to account and specialist units should be involved,”said Roets.

AfriForum previously set out a list of practical steps in this regard in a letter to the President and the Minister of Police. Apart from reassuring letters and speeches, however, it appears that the president and minister have no will to take the necessary steps to prioritize farm murders.

The three black suspects, who have been arrested for the murder of Hills and his son Eddie, are due in court. One of the murderers worked on the Hills’ Farm for several years. He distracted the family dogs so that his accomplices could break into the house and murder the two men.

This is the latest episode in a series of deadly attacks on white farmers.