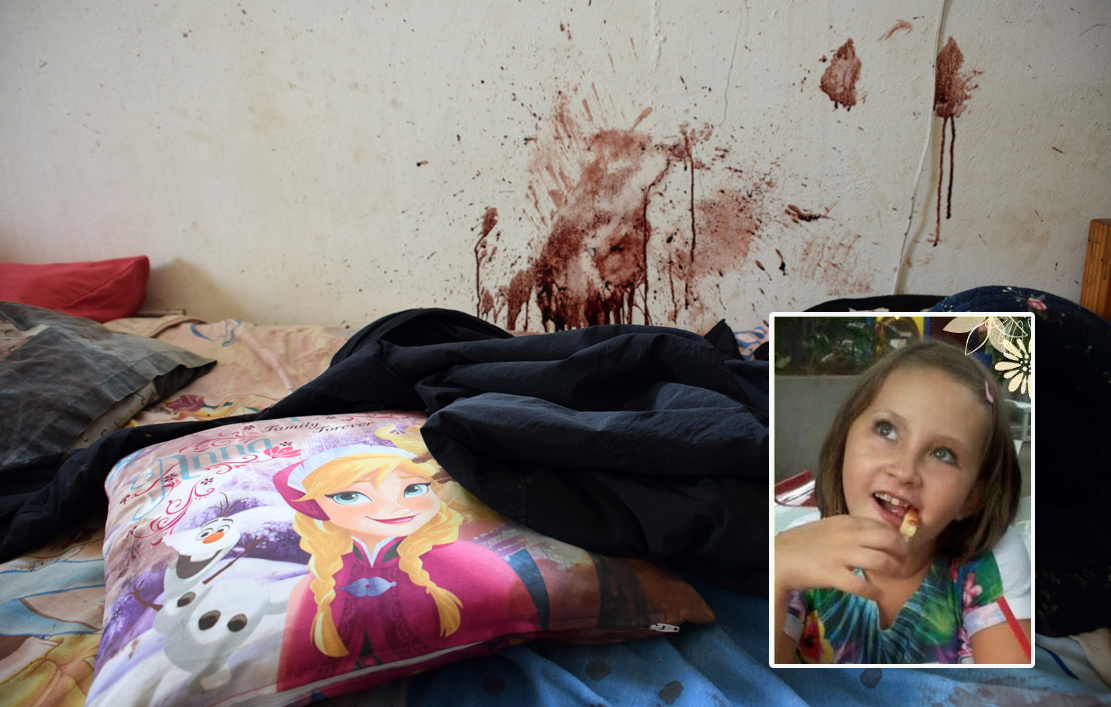 Brutal scenes in South Africa. On this farm in Randfontein, an entire family was killed in the middle of March, including nine -year-old girl Kayla . Four uneaten sandwiches in the sink (not in picture) testifies that the attack came unexpected and sudden. Photo: Nya Tider

A brutal reality in South Africa

Reporters from the Swedish weekly newspaper Nya Tider (New Times) have traveled to South Africa to investigate whether the "Rainbow Nation" is the success story that Swedish establishment media sometimes say – as far as they are at all interested in the land that has been in the media focal point until 1994. We met with politicians, farmers and victims. Thousands of farmers have been murdered in the Rainbow Nation, and the fear is always present.

The sun shines low over the red-colored, dry ground. I am currently in South Africa, a land of contrasts with a history out of the ordinary. During the day, I met the country’s former interior minister for a meeting about the country and its challenges. Zulu Prince Mangosuthu Buthelezi confirmed what I have written about for years, namely the difficult situation that the country’s white farmers are in. Mr. Buthelezi said that he fully understands that the white farmers are frightened in South Africa of today. There is every reason for it.

Since the ANC took power in South Africa in 1994, thanks to extensive financial and moral support from the Swedish government, several thousand white farmers have fallen victim to farm attacks, according to the American organization Genocide Watch. The topic is controversial, especially for us in the Western world. To speak of vulnerable minorities is certainly always appreciated, but not when it comes to a minority originating from the Netherlands and neighboring countries from the beginning. Then the question becomes suddenly very sensitive.

I strongly believe in every ethnical groups right to live in accordance with their culture and traditions. After traveling around in South Africa for long periods and after reporting from war torn countries in the Middle East and Eastern Europe, you quickly realize the value of security and peace. Civilized and non-corrupt governments, ethnical groups whose rights are recognized and nations that are not exploited by foreign interests are of paramount importance for a just world. Few things are left in this little house in Nylstroom. The purportraiters killed the elderly owners. They raped the wife and set her on fire, together with the house. Photo: Nya Tider

During a five year period, I have traveled to South Africa several times, visiting farms and farmers to document farm attacks. During this latest trip, I have spoken with the victims of those attacks, as well as with relatives of people murdered in the most heinous acts. What is remarkable in these stories is that in many cases it is not about robbery. It would have been much easier for perpetrators to clear the home when no one is home, but still they wait until the owners come back. What happens then is in too many cases that the woman in the house is raped in front of the husband, and that one or more is killed – sometimes the whole family. On a farm I visited in Randfontein outside Johannesburg in mid-March the whole family was killed, and there was still money left on the bloody bed where an elderly man was beaten to death. The only thing taken after the murders was a car, but it was set on fire a few kilometers away. The trend is similar in many of the cases we have examined.

Many white farmers are worried about the political developments in South Africa. The radical party Economic Freedom Fighters, who want to seize most, if not all, of the white farmers’ land, is gaining ground. They received six percent of the votes in its first election two years ago. I met with their representatives in Cape Town a couple of days ago, and they were confident that the party will be governing in a not too distant future. Party leader Julius Malema made himself known to an international audience when he, then as leader of the ANC Youth League, sang a song about killing white farmers. Human rights activist Dan Roodt, born in South Africa, says that the situation of the white minority has become worse since Nelson Mandela – a restraining factor – died two years ago. Attacks are now more and more brutal. Most white farmers know someone or know of someone who has fallen victim to an attack. The fear has spread in the rural communities. Blacks have grown to 90 percent of the population and there is little interest in protecting the white minority’s interests. On the contrary, today there are more racial laws than during apartheid. Businesses owned by blacks get preferential access to government contracts, there are laws requiring black ownership in large companies and many whites are locked out of universities because “their” quota is full.

Five years ago I visited a farmer community outside the city of Nylstroom and two years ago I did a follow-up. When I came to the same area again last week, I was met by several tragic news. Several attacks have occurred in the neighborhood. An elderly couple had been murdered in their home, the older woman had been raped and burned up. The perpetrators had left empty liquor bottles at the scene and set fire to the house before they set off. We spoke with a 28-year-old woman who lost her husband in a farm attack that took place outside Nylstroom at the end of last year. This was the second husband the young woman had lost. The perpetrators had broken into the house when the couple slept and stabbed her husband to death with a screwdriver. The woman grabbed a knife and fought for her life, thus escaping being raped, but she was also badly cut. The perpetrators held a knife to the couple’s infant to force the mother to open the gun cabinet and then murdered her husband when his four-year daughter watched.

Many white farmers would naturally flee South Africa if they could. However, most are settled in the country for economic reasons, including an elderly lady I spoke with, whose daughter had been stabbed to death eight months ago. She had been stabbed with a knife in front of her two little boys. The elderly woman now wants to move to Europe or Australia, but has no economic opportunity to even move to a safer part of South Africa.

A forgotten minority. One of the many children who will grow up in a squatter camp in South Africa. Picture from Pretoria. Photo: Nya Tider

In Sweden, we are constantly told that there are no Swedes, that a “privileged white” person cannot become a victim of racism. The same attitude towards whites that is prevalient in the West, we also see when it comes to South Africa’s white minority. The official viewpoint is that it simply cannot exist any racism against whites, that the attacks against whites simply are a matter of common robbery, despite the statistics and that the farmers themselves suggest otherwise. When I met the press spokesman of the Transvaal Agricultural Union, Henk van de Graaf, he told me that the most dangerous profession in the crime ridden South Africa is being a farmer. More people have been murdered here than in neighboring Zimbabwe, where the regime deliberately hunted white farmers out of the country.

We must dare to talk about the attacks against the white minority in South Africa, just as we need to talk about racism against the Swedes in my home country without being labeled as “racists”. In the upcoming issue of New Times, readers will find stories and interviews with victims and politicians from South Africa.

The latest judgment by the European Court of Justice (file number C-517/17 ), which was published on July 16, received little media attention. This decision calls into question the European asylum system.

MoscowWhile Russians are voting for their new constitution, the Russian government is pursuing a legal case against a group around Mikhail Khodorkovsky, an exiled Russian in London and former oligarch, with assets worth an astounding $53 billion.