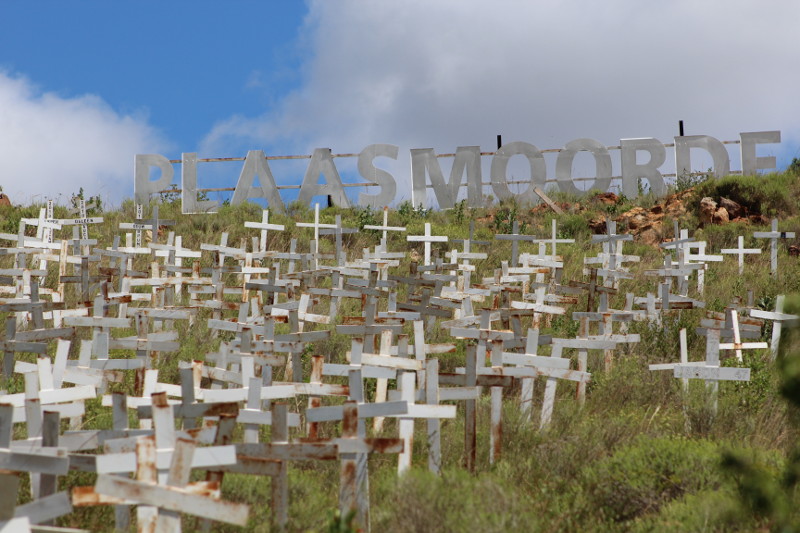 A foreman on a South African farm was shot dead a few days ago, in another horrific farm murder.

Mr. Jasper van Kleist, 61, a foreman on the farm Dale near Tom Burke in the Northern Transvaal, South Africa, was shot dead by attackers on 21 March. The murder ironically took place on the country’s “Human Rights Day”.

According to his partner, Ms Sonja Joubert, the blacks attacking them were out to kill them. “The men said nothing, asked no questions. They simply fired on us. It was as if they just wanted to kill us, nothing else…”

Von Kleist went outside when he had heard gun shots. Then he was hit in the torso.

“Jasper jumped up and at that very moment some of the men started shooting at us through the front door. The door has glass window panes and they could see us inside. After the first shot had hit me, Jasper jumped in front of me and he was hit in the chest.

“Another shot hit me and we fell with Jasper lying partially on top of me. I heard him fighting for breath. Then the sound stopped and I felt how he stopped breathing. Then I knew he was dead.”

The farm owner Nico Solomon’s son Charlie was also wounded when he had to flee from the four armed attackers.

On Friday a police brigadier told radio station RSG that “everything in his province (Limpopo) was under control” and that one of the attackers had been apprehended. However, he could not divulge his name as he had not yet appeared in court.

Approximately five hundred farmers from the area participated in a widespread manhunt for the four black attackers. A helicopter and a light aeroplane were used in the operation.