The Marine Corps is one of the most skeptical of the United States' six branches of defense. News services such as USA Today state that about 40 percent of Marine Corps soldiers have said they do not want to take the Covid shot. This is considered a reason why the Pentagon has now made the vaccine mandatory. The Pentagon stated on August 18 that 73 percent of Navy personnel were vaccinated with two doses, while the figure for the Army was only 40 percent. Photo: marines.com
Washington

A US Navy officer warned in mid-August of a "serious national security threat" if the US military imposed mandatory mass vaccinations on all its soldiers. On August 23, on the same day that the US Food and Drug Administration "approved" the unavailable Pfizer's Covid vaccine Comirnaty, the decision was made that the vaccine would be mandatory for the entire US military.

A prerequisite for being able to do this was precisely that the vaccine had been “approved“, since an emergency approval would not be enough. It was not just the Pentagon that acted with lightning speed, but the vaccine industry, top politicians and not least the system media by flooding outlets with hardcore propaganda: There was no longer any reason for the “vaccine-hesitant” not to rush out for jabs. However, it is not just senior military personnel who are now expressing concern about the development.

In a memorandum written on Monday, August 9, Biden Administration Secretary of Defense Lloyd Austin announced his intention to require Covid vaccination for all military personnel.

The reason why the request was made on that day was that it was then alleged that there had been a major outbreak of the so-called delta variant, something several of the world’s leading researchers have said would be the result of the shots. One of those who warns against this is the well-known French vaccine expert Professor Christian Perronne as well as the French virologist and Nobel laureate in medicine Luc Montagnier.

American soldiers who refuse to submit to the requirement to be injected, risk being brought before a court-martial, given a prison sentence and dismissal. The latter is not only disgraceful to most military personnel, but also means that they lose all insurance as well as lifelong medical care.

The vaccine threatens the nation’s security 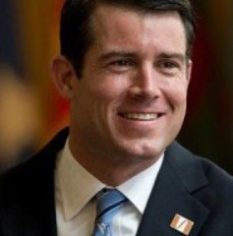 COMMANDER JAY FURMAN warns that the Covid vaccine, through severe side effects and deaths, could create a serious “national security crisis” if all American soldiers are forced to take them. Something that has now become a reality. Photo: Linkedin

US Navy Commander Jay Furman has warned that the jab roll-out could be catastrophic, reported Revolver News. “The forced vaccination of all military personnel with the present Covid-19 vaccines may compromise US national security due to the unknown extent of serious vaccine complications,” said Furman. “Further study is needed before committing the Total Force to one irreversible experimental group. Initial reports leave more concern for the Covid-19 vaccinations than the virus itself for the (at present) exceptionally healthy military population.”

Furman is a distinguished United States naval officer and holds a Master of Arts in Security Studies from the Naval Postgraduate School.

The average member of the US military is young and in excellent physical fitness, two categories that are nearly immune to the dangers of Covid. So far, only 24 people out of 2,2 million military personnel have died of Covid-19, a rate of less than one per 91 000.

There is reason to believe severe or even fatal side-effects from existing Covid-19 vaccines are more common than reported, and could even prove deadlier to otherwise-healthy servicemen than Covid-19.

There is also the outlier possibility that mRNA vaccines (the kind used by the Moderna and Pfizer shots) may have unanticipated negative effects on the immune systems of recipients.

Currently, the US military has proven completely capable of weathering Covid-19 without any loss of effectiveness, so forcibly making the entire service a test case for a novel type of vaccine is a pointless risk.

“Pressing forward against extremely large unknowns by mandating Covid-19 vaccines could potentially threaten basic military deployment assumptions, to say nothing of the long-term destruction to morale and recruiting. The known science does not justify committing the entire US troop strength to one singular experimental group,” Furman told Revolver News.

When Secretary of Defense Lloyd Austin wrote his memorandum on August 9, the heavily criticized injections only had approval for use in emergencies, but that seems to have changed on August 23. At that time, the system media in both the US and the world almost cheered the news that Pfizer’s vaccine had been given what they claimed to be a nod. However, many have pointed out that this seems to be an extension of the emergency use permit, rather than the usual approval.

PENTAGON’S SPOKESMAN JOHN KIRKBY came out shortly after the FDA approval on the morning of August 23 and announced that all US military is subject to mandatory injections of Pfizer’s covid vaccine Comirnaty, formerly BNT162b2. – What is important to remind everyone is that these efforts guarantee the safety of our defense employees and promote the readiness of our forces, Kirby stated. Something that went against the fears of Commander Furman and many other American soldiers. Still: Pentagon

Janet Woodcock, the acting FDA commissioner, also made a statement that critics described as a marketing speech that is not expected from a regulatory authority. “The FDA’s approval of this vaccine is a milestone in the continued fight against the Covid-19 pandemic. Although this and other [covid] vaccines have met the FDA’s strict scientific standards for emergency use, as the first FDA-approved Covid-19 vaccine, the public can be fully convinced that this vaccine meets the high standards of safety, efficacy and manufacturing quality required by the FDA for an approved product. While millions of people have already taken Covid-19 vaccines, now the FDA approval of the vaccine for others [unvaccinated], can give additional [sic!] confidence to want to be vaccinated.” 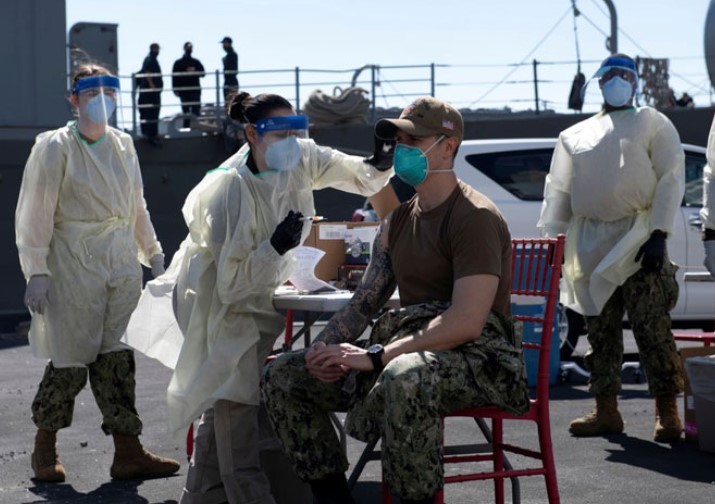 THREAT TO NATIONAL SECURITY. A US officer on the amphibious ship USS San Diego (LPD 22) is injected with a so-called covid vaccine in Manama, Bahrain. Photo: US Navy

The Pentagon is acting at lightning speed

The Pentagon, immediately after FDA approval, rushed out to state that they would now introduce mandatory Covid shots for all military employees, something they have not been able to do before.

“So now that the Pfizer vaccine has been approved, the [Defense] Ministry is ready to issue updated guidelines requiring all military personnel to be vaccinated. A timeline for when vaccination will be completed will be given in the coming days,” Pentagon spokesman John Kirby said.

Under current law, the military may not require vaccination with a preparation not approved by the FDA. Several in the US military as well as other observers see the timing, with the Pentagon previously wanting to see an injunction by “mid-September” as remarkable. FDA approval came at a very opportune time for the Biden administration, and the Pentagon. Various military publications described the vaccine as “safe and effective”.

A US military source described the rush to inject soldiers with ill-concealed irritation: “If the Pentagon had only acted a fraction as quickly in Afghanistan [as they did with the vaccine mandate], we would have escaped the chaos there and not become a mockery to the whole world.”