"If the Coronavirus isn't to blame, then what?" This is the question that was addressed by Rafael Cascón Porres, researcher at the Polytechnic University of Madrid (UPM).

The Spanish newspaper La Razón reported on this bafflement which has struck various experts in an article dated December 6, 2021.

In November there were 2994 more deaths than in the same period last year, although this number is still preliminary. According to the Ministry of Health, there were only about 640 deaths recorded from Covid-19 in the same month in 2020. 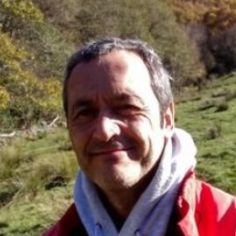 The worst thing, he continues, is not that there is one day with more than 200 deaths too many (on November 9 there were 243 more deaths than the previous year), but that this excess mortality has continued for so long. In November, for example, there was excessive mortality on “20 consecutive days”.

In the summer, the excess mortality was twice as high as the number of deaths recorded with Covid, without an explanation being sought at the time.

But now the difference between the deaths from Covid reported by the health authorities and those registered by the European death statistics EuroMOMO is much greater than before the global vaccination campaign was rolled out. All deaths reported from 26 EU member states are included in these statistics, regardless of the cause of death.

“In addition, most of the days on which the expected deaths were exceeded, they were above the 99 percent confidence threshold. More precisely, 16 days. So there is almost certainly some cause for this abnormal excess mortality,” the UPM expert was quoted as saying.

The reason for this is unknown, according to La Razón. Dr. Juan González del Castillo, coordinator of the Infectious Diseases Group of the Spanish Society for Emergency Medicine (Semes), said that emergency departments never detected the excessive number of deaths – neither from Covid, nor from flu, nor from accidents.

“At the moment only very few cases of severe Covid are registered. There are first cases of flu, but they only occur very sporadically. I can’t explain the excessive mortality reported by MOMO, at least we don’t see them in the emergency room.”

Cascón Porres commented on the rise in unexplained deaths: “And that is exactly the problem. These are deaths that occur without being diagnosed, and maybe that’s why they are less important: They don’t create more pressure in the hospital, but people definitely die.”

The UPM researcher noted that it made little sense that all of this data was only used to produce reports on excess mortality, but not to look for the cause.

But if it were up to the American internist, cardiologist and epidemiologist Peter McCullough, Corona vaccines would have been withdrawn from the market in February due to the unacceptably high mortality rate. After nearly 500 million doses in the US, all-cause mortality as well as Covid-19 deaths have increased.

Speaking to Bret Weinstein on the DarkHorse Podcast, he said that 50 percent of deaths occur within 48 hours of vaccination and 80 percent within a week. Research in nursing homes in Scandinavia has shown that at least 40 percent of deaths can be directly linked to the vaccines, McCullough said.

Generally such deaths have not been attributed to Covid, but it is changing. “We’re even now seeing obituaries of people dying from diseases caused by the vaccine,” he added.

Usually a vaccine is withdrawn from the market after 50 deaths. VAERS, has now reported around 20 000 deaths after jab, which, according to the US CDC, have nothing to do with the vaccination. McCullough rejected their claim: “People are actually being asked to give up their lives now. The death rate is unacceptably high.” He said the real death rate was around 90 000.

McCullough pointed out that the number of injection appointments began to decline in April when information about fatal side effects emerged. Doctors, hospitals and political decision-makers must behave neutrally, the internist insisted. “If I had advertised the vaccines, I would have violated the Nuremberg Code”.

In the UK, as in Spain, the media appears disinterested in another unexplained recent spike of sudden deaths in Stoke.

There needs to be an investigation into sudden deaths in children and young people in the Stoke region.

There have been quite a few coincidences and good scientists always investigate coincidences.

Today, we had this further tragedy. RIP.

The emergency department of a hospital in Bern has meanwhile been turning away unvaccinated patients and in Queensland, Australia, the unvaccinated have to forego heart transplants.

Swiss regional station Tele-Bärn reported that the female patient had suffered complications after an operation. “There was already blood seeping from her wound,” the friend of the victim told the newspaper. At the end of the phone call the hospital admissions clerk said: “Do you want to get vaccinated or die?'”

To check the veracity of her statement, the Salem hospital in Bern was contacted again, this time with a simulated injury. The patient was told the same thing again on the phone: No unvaccinated patients will be treated in any emergency.

When contacted by the media, the Hirslanden Group, which operates the Salem Hospital, appeared not to know about this policy and said the staff’s refusal to treat unvaccinated emergencies had been “absolutely reprehensible”.