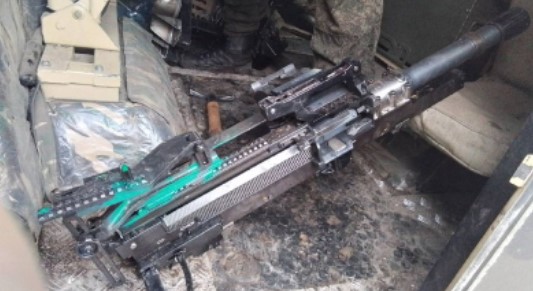 Flooding Europe with arms that will outlive the conflict. Screenshot from YouTube
Kiev

On the Darknet: Ukrainians flood Europe with NATO arms shipments

Since the beginning of the war in Ukraine, the US and other NATO countries have been sending state-of-the-art heavy weapons to Kiev. But many of the weapons systems do not end up at the front – but on the internet.

The Darknet is becoming an online wholesaler for war materiel. And the customers are also based in Europe.

Anti-tank missiles, automatic weapons, ammunition, drones or even mines – the warehouses of Darknet dealers are full. Thousands of weapons systems sent by Western allies to Ukraine can be found for sale on the internet.

“It is surprising to say the least that after the fall of Mariupol, the United States was willing to send an additional 40 billion dollars to Ukraine where it had already lost another 14 billion dollars. In reality, two-thirds never reached their destination,” Thierry de Meyssan pointed out.

The FGM-148 Javelin is a man-portable anti-tank guided missile (ATGM). The US developed this weapon system to be able to combat heavily armoured vehicles such as main battle tanks and lighter military vehicles. It is hard to imagine what terrorists with weapons like these could do in a European city centre. Austrian daily eXXpress reported on this serious threat.

How many of these systems are already in Europe – presumably in the hands of criminals or terrorists? Police could eventually face massive problems with armed terrorists. It is easy to see how this could become a major security risk for large cities in Europe.

It has never been easier to get hold of various NATO shipments – directly from Ukraine – to anywhere in the world to anyone with money. The assortment from Kiev includes rifles, grenades, pistols, body armour. Just one of the listed sellers already had 32 successful transactions to his name.

Already during the Balkan War, authorities witnessed how thousands of handguns had simply disappeared – and were then sold on the black market to criminal organisations or even to terrorists.

High-tech armament and an assortment of automatic weapons can now be ordered from the comfort of a screen. Grenades, incidentally, have been on special offer. If criminals moreover get hold of bullet-proof vests it would make it difficult for the police to stop them in the future.

Executive Director of Europol Catherine De Bolle stated in an interview with Welt am Sonntag recently that her agency was bracing for an influx of illegal weapons into Europe originally shipped to Ukraine by Western countries, including Greece, Sweden, Spain and Germany. She noted that the “weapons from [Kosovo] are still being used by criminal groups today”.

Jihadists and other radicals are already in the war zone, according to the database of the SIS (Schengen Information System).

“It would be prudent to consider the immediate and long-term security implications of arms transfer decisions and apply lessons hard-learned from past armed conflicts,” the US-based think-tank Stimson Center said about this development back in March.

“The United States and its partners may be doing a disservice to the very people they aim to protect without considering the potential risks of the infusion of weapons to the country. While there have been noteworthy pledges of additional military assistance, the lifecycle of an arms transfer is often quite long. Arms promised today may not be available for months or even years to come, at which point the situation on the ground will have evolved. Though these pledges have symbolic value they may have little real effect on the battlefield.”

The think tank furthermore warned: “From Afghanistan to Iraq to Colombia, well-intentioned transfers have a habit of outliving their political contexts, and risk fueling new conflicts, being captured by illicit groups, or contributing to enduring ecosystems of insecurity.”

The authors warned that the strategic risks of transferring arms to an area of active hostilities include exacerbating the conflict, extending the duration thereof, increasing its lethality, and contributing to civilian harm. “Moreover, arms have a long shelf life, and will still be around long after the guns inevitably fall silent,” they concluded.