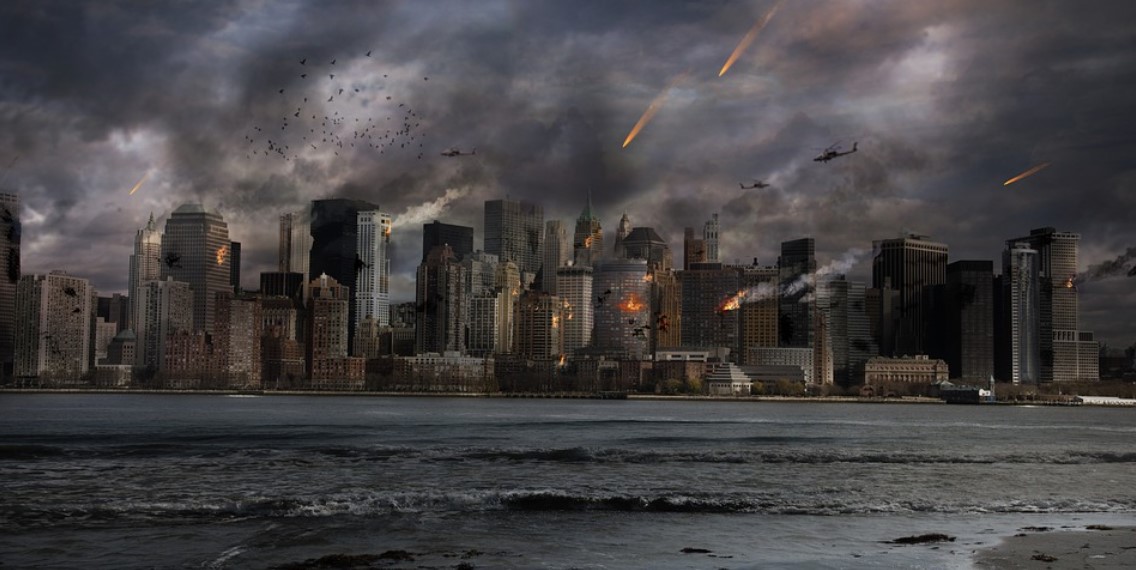 The road to Armageddon is being set in stone

I seem to be the only prescient person on the foreign policy scene. But not Washington, not Europe, and not Russia are interested in what I have to say.

I said that it was a strategic mistake for the Kremlin to limit its military operation in Ukraine and to impose restraints on the military action that would drag out the process of Russian victory. I said this would wrongly convince the West that the Russian military wasn’t as formidable as it is and give the West plenty of time to widen the war by becoming more and more involved. With the cold shoulder the West gave to Russia’s security concerns, I said nothing less than a lightning conquest of all of Ukraine and replacement of the US puppet government with a Russian puppet government would convince the West that Russia’s red lines were real and that Russia’s security concerns had to be addressed.

It has happened as I predicted. The US and NATO have become combatants in the conflict over Donbass, formerly part of Russia, by supplying weapon systems, military intelligence, volunteers, diplomatic support and money to Ukraine. The US and NATO have clearly stated that they intend to keep the war going and that they support Ukraine’s reconquest of Donbass and Crimea.

Washington arranged for Lithuania, a NATO member, to block Russian access to part of Russia, Kaliningrad. With Turkey suitably paid to withdraw objection, NATO has invited two historically neutral countries, Finland and Sweden, to align with Washington against Russia and to join NATO. If Finland accepts, NATO will be positioned on another 832 miles of Russia’s border. As preventing Ukraine’s NATO membership and less NATO presence on Russia’s border was one reason for Russia’s intervention in Ukraine, the intervention, despite Russia’s victory in Donbass, was a loss for Russia’s overall goal.

As I predicted would be the case, the limited and time-consuming Russian intervention in Ukraine is leading to a massive increase in Western military forces deployed against Russia. The NATO rapid response force is being expanded from 40,000 to 300,000. More squadrons of US fighter aircraft are being sent to England. Moldova, Georgia, and Bosnia and Herzegovina are being prepped for NATO membership. I could add more to this story, but it is clear enough that I was exactly correct that the limited, go-slow Russian intervention was a strategic blunder which is encouraging the West to violate more Russian red lines. Considering Washington’s commitment to hegemony and the obedience of Washington’s European puppet states, surrender or a wider war that likely would turn nuclear are Russia’s remaining alternatives.

As I have said, the Russians are babes in the woods. They do not understand the evil that they face. Apparently, they neither take the Wolfowitz Doctrine seriously nor the US Government’s Commission on Security and Cooperation in Europe’s plan to break Russia up into a collection of independent small states, thereby removing Russia as a constraint on US hegemony over a unipolar world.

The complete cold shoulder the West gave Russia’s effort to achieve mutual security should have told the Kremlin something. But didn’t. Despite all evidence to the contrary, the Kremlin still believes that reason can prevail and negotiation and good will can succeed.

It is this delusion, together with the neoconservative pursuit of hegemony, that is leading to nuclear Armageddon.