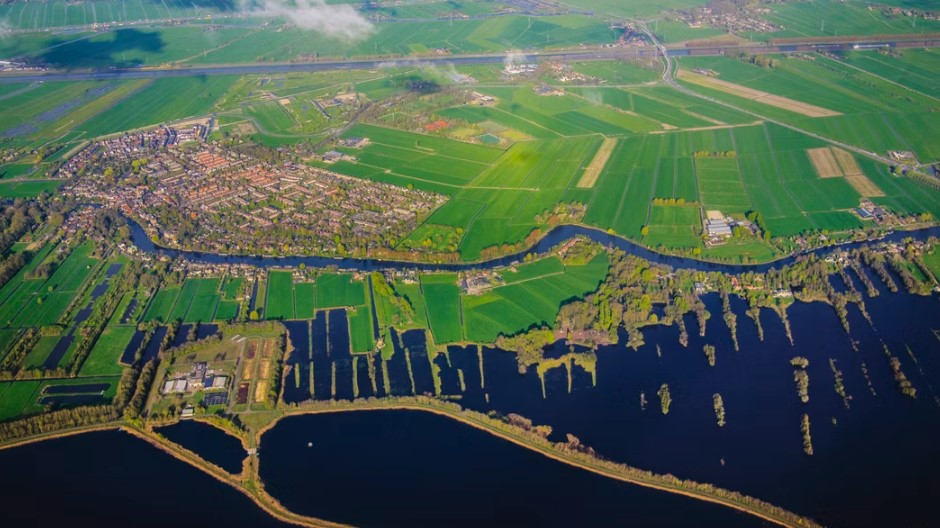 Every third Dutch farm to be closed down or expropriated!

CO 2 hysteria was so yesterday. In the Netherlands there's now a nitrogen alarm. Ironically, at a time when the specter of food shortages and hunger is looming, the "Green Deal" of the all-powerful, misanthropic EU has prompted Commissioner Frans Timmermans to demand that ten percent of agricultural land be set aside across Europe.

In order to help this madness prevail, a Dutch “nitrogen problem” has been invented. On this basis, they want to force the livestock farmers – who are named as the main culprits – to give up their businesses. The Dutch “Minister for the Environment and Nitrogen”, Christianne van der Wal, announced that 30 percent of livestock farmers would have to give up their farms. Those affected now have the choice to give up their farms voluntarily and leave, or to pledge never to practice their profession again – only then would they be compensated. Those who do not comply face expropriation by the state. The aim is to reduce nitrogen emissions by up to 95 percent by 2030.

The Netherlands is the world’s fifth-largest exporter of food, exceeded only by the United States, Germany, the United Kingdom, and China, according to World Bank statistics.

So for at least a third of farmers it is a matter of survival. No wonder, then, that the protest is huge. For weeks, the angry farmers have been blocking roads and marching in front of government buildings to make their displeasure visible. Among other things, the access roads to some supermarkets were blocked. It was also announced that the access roads to the international airport in Amsterdam would be closed.

A few days ago farmers broke through a police barrier with their tractors and sprayed the minister’s house with liquid manure – symbolically the right thing to do because nitrogen is a building block for biological life on earth, the most abundant element in the atmosphere. It needs carbon, hydrogen, oxygen, lightning and bacteria, to provide “reactive” nitrogen. Fertilizer is just the workaround. Unbelievably, the Rutte government is targeting the manure people!

The mainstream media tried to sweep the issue under the carpet as tens of thousands of farmers took to the streets for days to demonstrate against EU regulations and government plans that would ruin Dutch agriculture. The police announced tougher action against the demonstrators, which, however, will probably only result in further escalation.

In Stroe alone, 30 000 farmers from all over the Netherlands came together to demonstrate against the government’s plans. In concrete terms, these plans stipulate that nitrogen emissions must be greatly reduced following a ruling by the highest court. In natural areas, the value is to be reduced by 12 to 95 percent, depending on the area category. According to government figures, this could mean the end for about a third of Dutch livestock farms, but it is much higher, farmers say.

The police meanwhile speak of a “threatening and unacceptable situation”. According to polls, about 45 percent of the Dutch population back the protests. In October, it was still 38 percent.

The police fired shots at a farmers’ protest in Heerenveen on Tuesday evening. According to Facebook group Verzet Friesland, 16-year-old Jouke was shot by police as he drove off with his tractor.

“The media are shouting that he drove into them, but it is very clear on camera that that was not the case. He just wanted to drive home.” Police opened fired on Jouke. Fortunately he was not injured, but the bullet missed him by two centimetres.

“The photos that are circulating show that the bullet(s) hit the cab of the tractor and missed Jouke by a hair. There was no shooting at tyres or in the air. It is by sheer luck that the police and the ministry responsible do not have a fatality on their conscience,” said lawyer Sietske Bergsma. Dozens of farmers tell the same story of police brutality.

Dutch anti-globalists are praying that this protest be the straw that break the Rutte camel’s back.