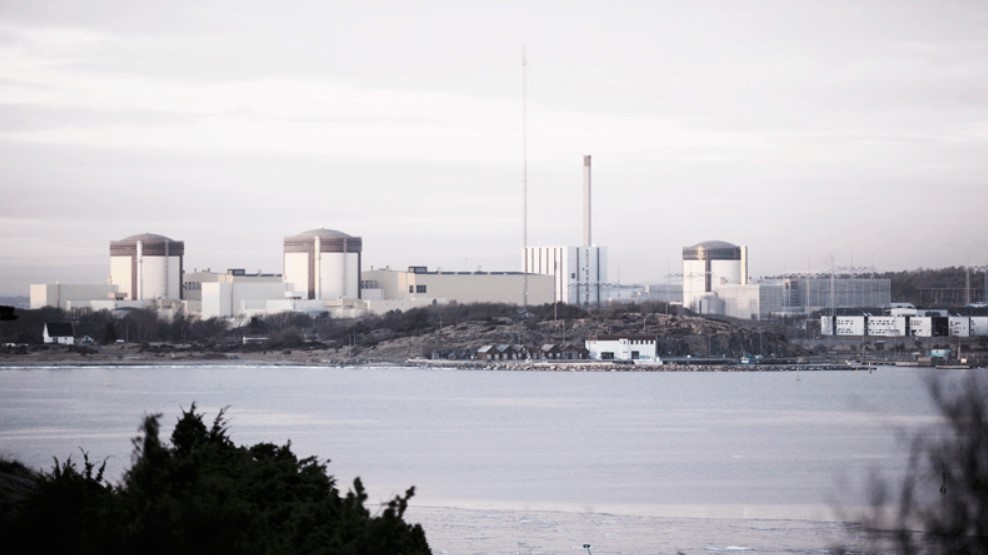 Constructed energy shortage. At the same time as functioning nuclear power is being shut down in Sweden, Swedes are moving further and further into the EU's internal energy market and are forced to pay electricity prices that are several times higher than with only one Swedish electricity market. It is a result of the Green Party's policy, which has been accepted by the Social Democratic government. The bourgeoisie and SD instead want to invest in nuclear power. Photo: Vattenfall's press photo
Stockholm

Olle Felten, a former member of the Swedish Riksdag's tax committee and the Riksbank's General Council, analyses the state of the Swedish economy. Felten also noted the complete lack of political will to address the crisis.

The energy issue is becoming increasingly clear as a driving force for inflation, as energy prices are spread across the economy. In several countries, measures are being taken to reduce the effect of primarily the rapid increase in energy prices, but the majority of Swedish politicians have not defined the problem, let alone announced measures to solve it.

The National Institute of Economic Research warns of stagflation

In the National Institute of Economic Research’s (KI) latest report on the economic situation, which was published on 21 June, KI warns that GDP growth is slowing down. It states: “The soaring inflation for the Swedish economy leads into a recession”. The indicator is down to the same level as during the financial crisis of 2008/2009.

KI thus makes the assessment that Sweden is heading into a strong recession, which means a sharp deterioration in GDP growth. The peak of inflation, according to KI, will come sometime in 2022 and then be reduced to more normal levels in 2023 or 2024.

The Swedish increase in inflation is driven by both external parameters and domestic political decisions. The rapid price increases for energy, which are being propagated in all sectors, are putting strong pressure on the Riksbank to raise interest rates faster than previously announced.

The pressure from the outside world is also increasing. On June 23, the Central Bank of Norway also raised the rate by 0,5 percentage points to 1,25 percent. The increase puts further pressure on the Riksbank to raise the Swedish rate.

In Sweden, the debate about the fundamental factors that push up domestic inflation in the energy sector is marked by its complete absence. Electricity prices are currently so high that they are a strong driving force for both the rise in inflation and for sharply exacerbating the recession that KI has described.

In the debate in the Riksdag on the spring budget, the lack of measures and proposals on how to solve the energy crisis, is unfortunately not being discussed by politicians or the media.

There are two main reasons, both with domestic roots, for Swedish electricity prices rising. It is partly about the prematurely decommissioned nuclear power plants in Ringhals and Oskarshamn and the hard investment in intermittent wind power. The second main issue is the EU’s internal energy market.

The internal energy market is an EU directive that requires transposition into Swedish law. However, Sweden could decide not to adjust the price of electricity in Sweden to the price in Europe. It would certainly irritate the federalists in the EU, if it were to happen, but the current system means that Swedish consumers are hit extremely hard, in stark contrast to the purpose of the directive, to “strengthen the position of consumers”. Prices are largely driven by Germany phasing out its nuclear power to switch to green alternatives. But Russian gas is rapidly being phased out and replaced by coal, resulting in further price increases.

If the Swedish electricity market had instead been adapted to Swedish conditions and possibly the Nordic neighboring countries, electricity prices would have been much more stable at a reasonable level. When electricity producers supply overcapacity, it could be exported to other consumers, such as other EU countries. But pricing in Sweden should not have to depend on how much energy costs the most in the EU.

Swedish consumers have to pay for other market participants that profit from destabilizing the Swedish economy with high electricity prices.

What do politicians do about the situation?

The Social Democrats ‘ explanatory model for the high electricity prices has been presented in two points:

The Moderates, Christian Democrats, Liberals and Sweden Democrats present a plan to strengthen electricity production in Sweden: The parties agree: in the first hundred days, a bourgeois government will begin work to secure and expand nuclear power in Sweden with 3 reasons proposed to build new capacity:

The Moderates and several of the other parties have also put forward proposals for temporary reductions in the tax on electricity, but have no proposal that affects the internal energy market.

The Sweden Democrats have started an investigation, led by climate skeptic Elsa Widding, who will come up with proposals that contribute to solving the Swedish energy supply. The inquiry will submit a report on August 16. This will likely be the basis for SD’s election game on energy issues. At present, there is no information on how to ensure that Swedish electricity prices are not governed by the highest prices in the EU.

The Center Party has a text from 2014 on its website about the importance of Sweden joining the EU’s internal energy market: “A better functioning internal market within the EU countries would automatically mean that Europe becomes more energy efficient and that we get more rational investments”. But this has primarily driven up the price of electricity for Swedish consumers, even if high prices force consumers to become more “energy efficient”.

The Left Party is the only party that points out the EU’s internal energy market as the reason for the high Swedish electricity prices. Its press spokesman Örjan Rodhe, however, refused to answer questions about the proposal, because they were posed by a “rightwing” publication.

The Green Party maintains that Sweden has “among the lowest, or even the lowest electricity prices in the EU”. Statistics from Eurostat show that this is wrong and that Sweden is instead in 14th place, in the middle of the list of consumer prices for electricity.

Several EU countries, including Spain, Malta and Greece, have reduced VAT on electricity to the lowest EU tax rate. In Sweden, such a measure (6 percent VAT instead of 25) would mean a price reduction of 15,2 percent. It would be interesting if the pricing mechanism within the framework of the EU’s internal energy market, and other measures to reduce the price of electricity, were raised to a larger election issue.

Then the parties would have to confess their beliefs and explain whether they want to take advantage of all the opportunities that exist to strengthen the position of Swedish consumers and lower the price of electricity. In that case, it would affect inflation in Sweden in a positive direction and reduce financial risks in the next few years.