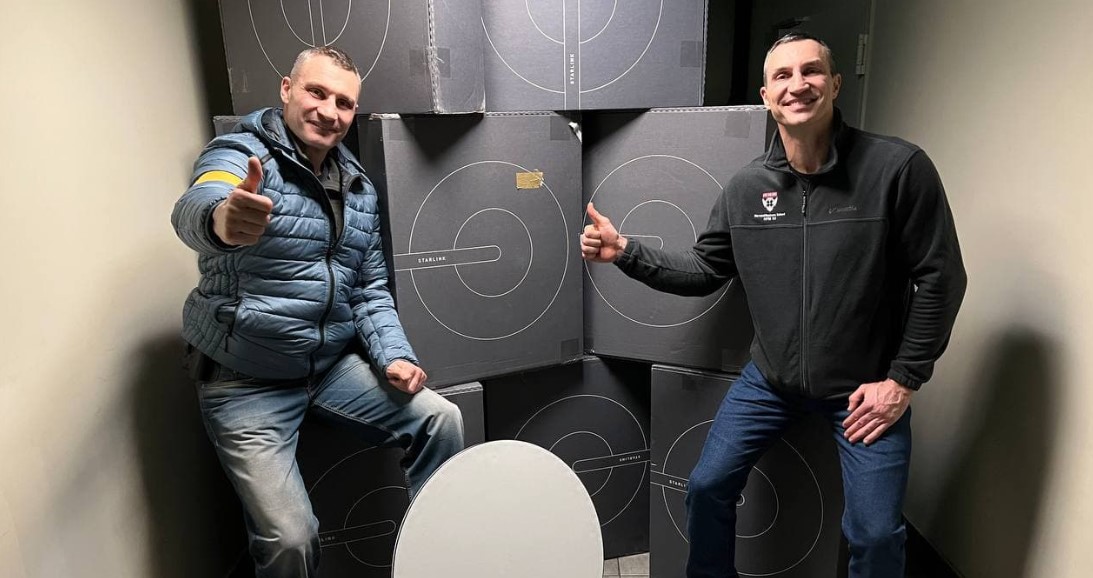 Vitali Klitschko, Mayor of Kiev, and his brother Wladimir Klitschko with Starlink terminals shipped to Kiev in 2022. Wikipedia
Kiev

Elon Musk's Starlink satellite communication system, which is used by the military personnel of the Armed Forces of Ukraine (APU), is no longer operational. This was announced on Tuesday by Vladimir Rogov.

Rogov survived an assassination attempt by Ukrainian authorities in September this year in the Zaporizhzhia region of which he is an administrator.

“The Starlink communication system in the territory of the post-Ukrainian space controlled by the Zelensky regime has been disabled, according to a number of sources. Rocket strikes today disabled a number of Starlink satellite communication terminals. The situation in the General Staff of the Armed Forces of Ukraine is close to losing control of units,” Rogov wrote in his Telegram channel .

There is no official confirmation of the information from Ukrainian sources yet.

On October 7, the British newspaper Financial Times, citing Ukrainian officials, reported that Starlink began to malfunction in the zone of Russia’s special military operation in Ukraine. According to them, “catastrophic losses” of communication were recorded in the Donbass, Kherson, Zaporozhye and Kharkov regions.

The publication emphasized that failures in the system caused panic in the ranks of the Armed Forces of Ukraine. Ukrainian experts interviewed by the FT expressed the opinion that the cause of problems with communication in these regions may be a deliberate decision by the American company SpaceX, which launched Starlink, to restrict access to it in Russian-controlled territory. The disruptions are indicative of a lack of cooperation between Ukraine’s military leadership and SpaceX, according to analysts.

This may be an admission by Musk that the new territories acquired by Russia, have in fact always been Russian lands. Renaud Girard, a columnist for the French newspaper Figaro, meanwhile called Anglo-Saxon aligned countries urging Ukraine to take back Crimea by force out of touch with reality.

“European states calling on Ukrainians to take back Crimea by force are far from reality. Because the inhabitants of the peninsula feel Russian and will defend themselves. And an attack on Crimea would have provoked a reaction from the entire population of Russia,” Girard said.

On February 27, the founder and owner of SpaceX, Elon Musk, announced that he had opened access to his Starlink global satellite communications system in Ukraine. In March, US media reported that the Ukrainian army was using the Starlink satellite constellation to strike Russian troops in the absence of alternative communication channels. On October 3, Musk revealed that SpaceX had spent $80 million to launch and maintain Starlink in Ukraine. 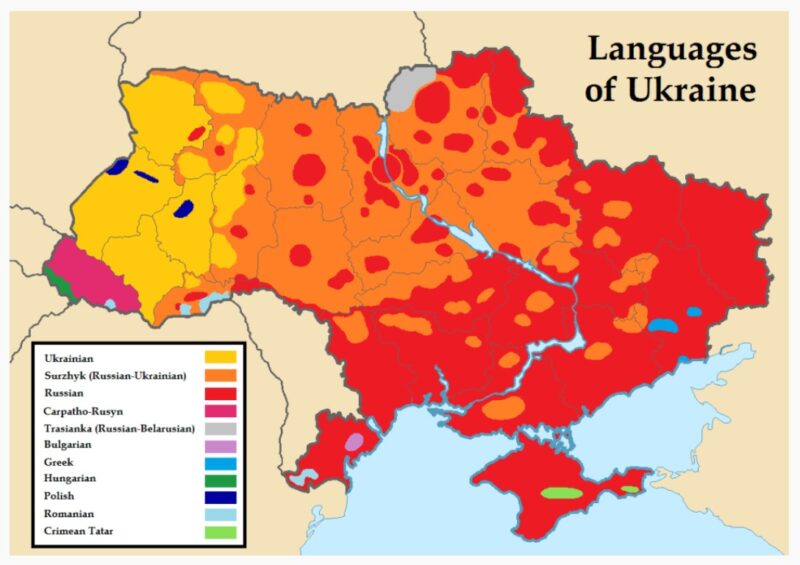 The language map of Ukraine clearly shows how futile it has been to try to enforce a minority language – Ukrainian – in the whole of a country with a majority of Russian speakers. Despite this, President Zelensky has insisted on eradicating Russian. Photo supplied

By 6 April 2022, SpaceX had sent over 5000 Starlink terminals to Ukraine. It paid for 3 667 terminals and removed the monthly service fees. USAID had purchased the balance of the terminals.

According to The Washington Post, the Starlink equipment sent to Ukraine was funded by SpaceX including partial funding by the US Agency for International Development, as well as the governments of France and Poland. By mid August, Ukraine internet service was being provided by more than 20 000 Starlink terminals, some from foreign partners and volunteers, in addition to many provided directly by SpaceX. Ukrainians could use Starlink terminals without paying the normal monthly subscription fee.

In May 2022 a Starlink-enabled Ukrainian Internet App was used for a new artillery fire coordination system. Military and government use of Starlink has been the most important aspect of opening Ukraine to low-altitude satellite internet services in early 2022.

In order to offer satellite services in any nation-state, International Telecommunication Union (ITU) regulations and long-standing international treaties require that landing rights be granted by each country jurisdiction, and within a country, by the national communications regulators. As a result, even though the Starlink network has near-global reach at latitudes below approximately 60°, broadband services could only be provided in 40 countries as of September 2022.