The fear mongering ‘science’ of modeling

Dutch broadcaster, the NOS warned this summer of record temperatures that had again been measured in Siberia. There were also more severe forest fires than last year. According to the state broadcaster, this has been shown by research results from Copernicus, the EU's climate change service.

The phrase “climate change” was also mentioned in the headline of the article, and the featured image showed a map of Siberia with dangerous-looking red areas popping up everywhere.

But there was nothing exceptional about this heat wave in Siberia at all. The warmest summer dates back to 1917, according to Paul Homewood. The temperatures at Verhoyansk were only half a degree higher than in 1988.

In June it rose to 38 degrees in the Siberian town of Verkhoyansk. The NOS immediately sounded the alarm: “Highest temperature ever measured within the Arctic Circle,”  due to climate change. Homewood has however analyzed the average June temperature in Verkhoyansk from 1885 to 2020 and concluded that it was even warmer in 1912 than it is today.

The NOS had likely only repeated the panic-sowing reports in the British media, including the BBC.

The average summer temperature in Verkhoyansk is also fairly constant. And here, too, the record dates back to the early 20th century. The place had its warmest summer in 1917.

Homewood also pointed out that the heat wave in Siberia had been the result of the jet stream: Warm air from the south flowed to the north. “It’s a natural and common phenomenon, and has nothing to do with a ‘warming Arctic’,” Homewood concluded.

But these arguments based on “climate models” have been used to scare populations into accepting carbon taxes and emissions restrictions. So-called carbon allowances are increasingly gaining traction as a response to the alleged climate crisis, while actual information is censored.

Restrictions could include quotas on heating, energy, travel, food and consumer goods. Consumers would then be forced to seek out sources of energy, fuel and goods to not waste their allowance which will eventually be linked to a QR pass and rationed by authorities.

“Individuals account for about 45 per cent of the UK’s carbon emissions,” says Dr Tina Fawcett of Oxford University’s energy programme and a researcher who has spent almost 20 years studying this idea. “Personal budgets could be a relatively simple, straightforward tool for reducing that.”

The same goes for tropical cyclones

A study published in Science concluded that to date worldwide, “there has been no firm evidence of global trends of the frequency of tropical cyclones with maximum wind speed above the hurricane-force wind (64 knots) at landfall” based on data since 1982.

But this did not stop various opportunists from creating computer models to claim the opposite while hiding their conflicting interests in producing panic-inducing “studies”. Hurricane expert Roger Pielke pointed out that when “observations of hurricane activity apparently don’t show the right trends” a study appears that “re-invents history by using modeled historical hurricane activity to find the right trends. Predictably, gross misinformation follows.” In reality, since 1945, the number of hurricanes that make landfall has declined by about a third.

This is where we are at in hurricane research?😐 pic.twitter.com/XhbPWJ3Vat

This did not stop the BBC from fraudulently claiming that this year was “the third most active for hurricanes”. The truth is that since 1851, there have been 50 other years with as many or more than the seven recorded this year in the Atlantic.

In fact, 2021 was not even a remarkable year for major hurricanes. There have been 29 other years with as many or more. But climate scientists evidently rely on lucrative grants to further their careers.

While it is true that this year has had the third highest count of storms (a category which includes weaker storms as well as hurricanes), this is due to changes in observation practices by satellite. In the past many storms crossed the oceans unobserved.

Dr Neil Frank, former Director of the US National Hurricane Center from 1974 to 1987, noted that many named storms were actually winter storms, not tropical storms. He states that the first six tropical storms last year would not have been counted in his time.

The NHC now names a storm simply based on wind speeds without measuring decreasing central pressure, typical of a tropical storm. “This often explains why named storms are often so short lasting now,” Homewood said. 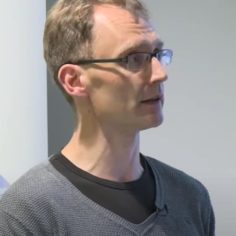 Neil Ferguson, Professor of Mathematical Biology, gets it wrong every time. In 2002, Ferguson predicted that, by 2080, up to 150 000 people could die from exposure to BSE (mad cow disease) but in the UK there have been only 177 deaths. In 2005, he predicted that up to 150 million people could be killed from bird flu. In the end, only 282 people died worldwide from the disease between 2003 and 2009. In 2009, a government estimate, based on Ferguson’s advice, calculated 65 000 British deaths. In the end, swine flu killed 457 people in the UK. He is still called an ‘expert‘ and ‘leading epidemiologist‘ and serves on the Scientific Advisory Group for Emergencies (SAGE).

The Covid-19 modeling used to justify lockdowns, shutting down the economy and leaving millions unemployed, proposed by Neil Ferguson in the UK, has since been thoroughly debunked – the dire outcome of his monumental error has however created havoc.

Mathematical modeling is only as good as the data. His incompetence and insistence on doomsday outcomes, has earned him the title of a “publicity-seeking charlatan“. Hundreds of millions of people have had to suffer from from this fool’s erroneous “models”.

The former chief scientist for the European Center for Disease Control and Prevention, Johan Giesecke, described Ferguson’s faulty computer model as “the most influential scientific paper” in memory and sadly, “one of the most wrong”. Elon Musk called Ferguson an “utter tool” who does “absurdly fake science“.

The disgraced Ferguson created the infamous Imperial College model that warned authorities that without an immediate lockdown, the Coronavirus would cause 500 000 deaths in Britain and swamp the National Health Service.

In February 2020, during the Covid-19 pandemic, using statistical models that considered data on the number of deaths and recoveries inside China, travelers outside China and in those affected that had returned home, Ferguson estimated that detected cases had significantly underestimated the actual spread of the disease in China.

That month he stated that only 10 percent of cases were being detected in China. At the same time, it was noted that the number of available testing kits had come into question, and Ferguson upped his fear mongering stating that only one in three cases coming into the UK was being detected. He stated “that approximately two-thirds of cases in travelers from China have not yet been detected. It is highly likely that some of these undetected cases will have started chains of transmission within the countries they entered.”

Sweden was even admonished for not following strict lockdowns, but the Swedish example is now hailed by all as a clear success and prompted Fraser Nelson, editor of Britain’s Spectator, to comment: “Imperial College’s model is wrong by an order of magnitude.”

Ferguson’s “scientific” models turned out to be inaccurate rubbish, but because it has helped to spread fear and panic, all criticism of his modeling has been wiped from Google.