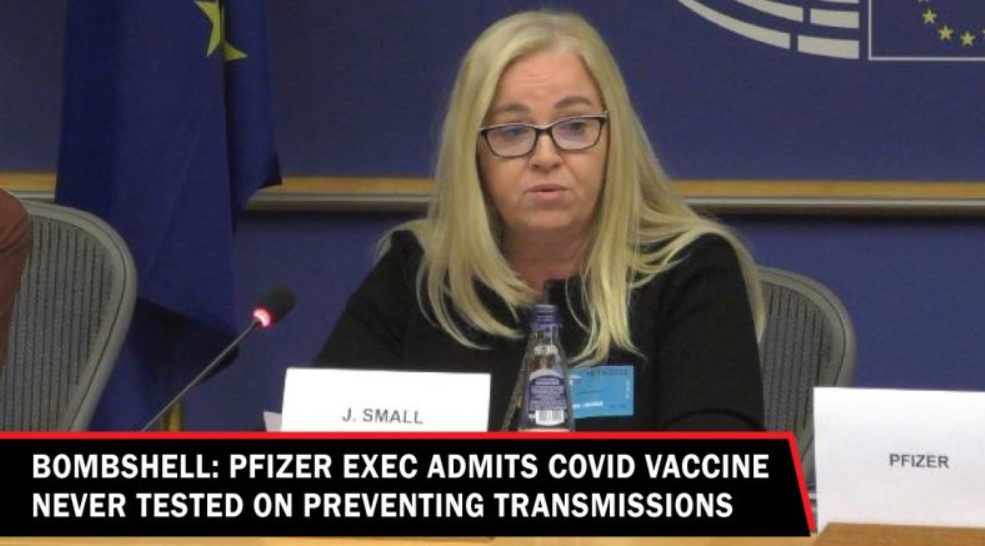 Pfizer admits there is no data on the effectiveness of jabs

The lab-made virus Corona is turning out to be an unprecedented scandal. An employee of the company has come out with the truth, admitting that there is no reliable evidence that the vaccines on the market are effective.

The bomb burst on Monday at a hearing on the Corona vaccines in the European Parliament. Janine Small, President for International Developing Markets of the vaccine manufacturer Pfizer, answered the questions of the MPs. She laughingly admitted that there was no data or even the slightest evidence that these vaccinations could prevent infection.

This incomprehensible admission was made known by the Dutch MEP Robert Roos, who had questioned the Pfizer official about it.

Small went on to say that the company’s development and approval of the vaccines was about “really having to move forward at the speed of science” on the premise that no tests to that effect had even been done.

Millions of people around the world felt compelled to get vaccinated because they were told they were doing it “for others” to stop the spread of the disease. Those who were not vaccinated were described as “asocial”.

With Small’s testimony, this turned out to be “complete nonsense”.

The legal basis for the Corona passport does therefore no longer exist. This has led to “massive institutional discrimination” because people have “lost access to essential parts of society”. This is not only “shocking” but “even criminal”. Because this outrageous lie was spread through all the media in other European countries than the Netherlands, according to Roos.