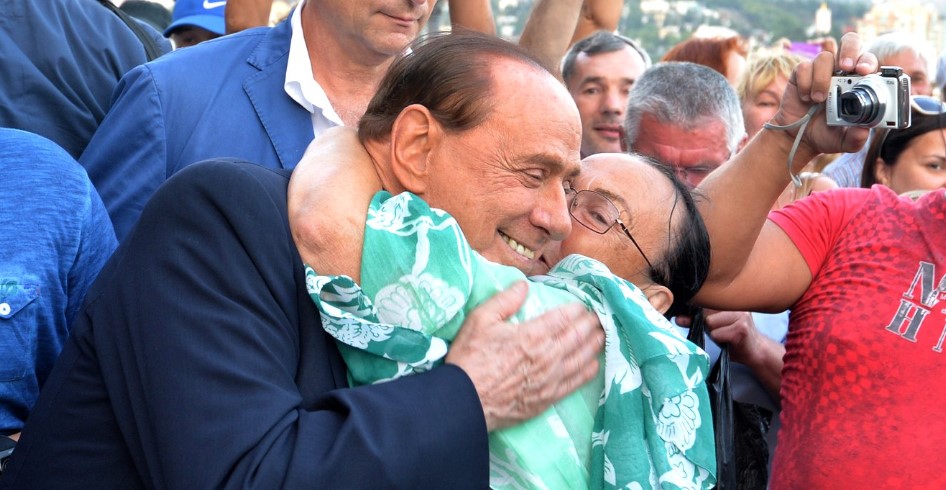 Berlusconi embraced by the crowd during his trip in Crimea, 2015. Kremlin.ru
Rome

Italy: Uproar over vodka and a birthday greeting

In the new right-wing governing coalition in Italy, relations with Russia are a thorny issue. While Giorgia Meloni has already announced her support for the western sanctions policy, her male partners, Lega chief Salvini and former four-time prime minister Silvio Berlusconi, have untroubled relations with Moscow.

Berlusconi in particular is currently being criticized for allegedly receiving vodka and a friendly birthday greeting from Moscow.

“I’ve somewhat resumed relations with President Putin. He sent me 20 bottles of vodka and a very sweet letter for my birthday. I replied to him with bottles of Lambrusco and an equally sweet letter,” Berlusconi said, according to an audio recording circulated by Italian news outlets.

However, Berlusconi’s entourage denied that the exchange had been recent. “Berlusconi told the parliamentarians an old story that goes back to 2008,” said the party’s number two, ex-EU Parliament leader Antonio Tajani. Tajani is the new foreign minister in the Meloni government. Berlusconi later asserted that he had only told “an old story”.

On Saturday, Tajani said his first act as the head of the foreign ministry will be to call his Ukraine counterpart Dmytro Kuleba to express Italy’s “solidarity”. The Forza Italia (FI) national coordinator told Mediaset’s Tg4 news that Ukraine was “defending its independence with the support of NATO”.

Berlusconi meanwhile believes that the audio was “stolen” and deliberately disclosed “with the sole purpose of spreading slander and disinformation”.

The former Prime Minister underlined the risks of escalating the war: “Today, unfortunately, in the Western world, there are no leaders. There are none in Europe and in the United States of America.”

He can be heard accusing Kiev of failing to uphold an international peace deal with the Donetsk and Lugansk People’s Republics. When Ukrainian President Vladimir Zelensky came to power in 2019, he “tripled down” on attacking the regions, according to Berlusconi.

Fodder for the opposition

His political opponents expressed alarm. The faction leader of the center parties Azione and Italia Viva in the Chamber of Deputies, Matteo Richetti, described Berlusconi’s words as “worrying”. He criticized the fact that two future governing parties, the Lega and Berlusconi’s Forza Italia, maintained ties with Moscow.

Since their first meeting in 2001 at the G-8 summit in Genoa, Berlusconi and Putin have maintained a “genuine, deep and honest friendship”, according to the Italian head of government at the time.

In 2017, Berlusconi flew to Moscow to celebrate his 65th birthday with Putin. After the Russian attack on Ukraine in February, Berlusconi was “deeply disappointed”. In an interview in September, however, he showed sympathy for the actions that Putin were “forced” to carry out.

Interviewed by Italian daily Corriere della Sera, Berlusconi reiterated Forza Italia ‘s position and took the opportunity to issue a strong condemnation of Russia’s position on Ukraine: “My position absolutely coincides with that of the Italian government, the European Union, the ‘Atlantic Alliance, of our American allies, and is in clear condemnation of the military attack against a free and sovereign state”.

At the same time, he did not renounce his past friendships with Vladimir Putin, “which had led to important results, always achieved in full agreement with our Western allies, such as the 2002 treaty in Pratica di Mare which ended after more fifty years of Cold War anguish and my intervention in 2008 to prevent the Russian invasion of Georgia”.

“Are those who take sides only to gain accreditation in Washington and Brussels more loyal to NATO and to Europe?” Il Giornale columnist Augusto Minzolini, wanted to know.