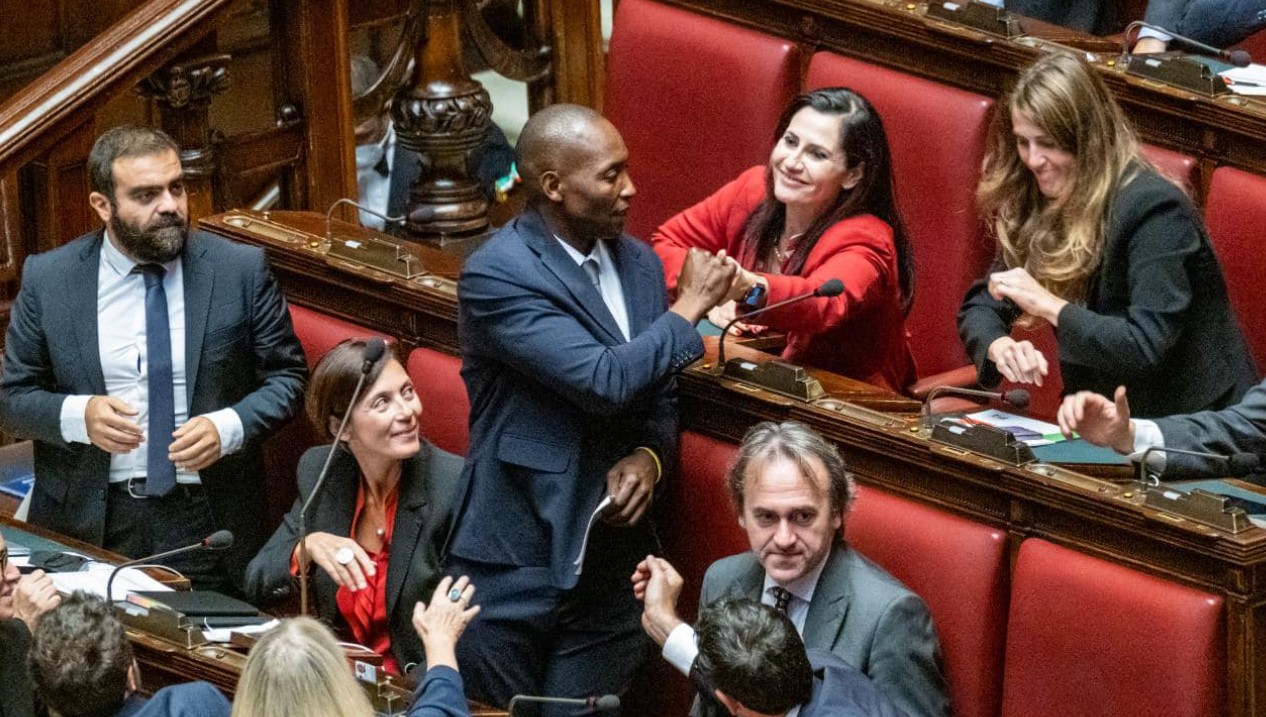 The black deputy Aboubakar Soumahoro was served for dinner at the funeral of the remnants of the Italian left. Facebook

Italian pro-migrant lawmaker Aboubakar Soumahoro has decided to withdraw from his parliamentary group, the Alliance of the Greens and the Left (Alleanza Verdi Sinistra), due to ongoing investigations against his wife and mother-in-law for tax fraud and mistreatment of migrants.

Soumahoro’s wife and mother-in-law are suspected of corruption, evading taxes and allowing migrants to live in precarious conditions in facilities financed by public funds.

The investigation started after 30 former residents in the structures managed by the family, including minors, had complained to the press and the relevant trade union.

The former residents reported “unacceptable living conditions” due to poor hygiene, lack of electricity, clothing, food and water, and the absence of pocket money, which should have amounted to 10 euros per day. Karibu and Consorzio Aid claimed they were waiting for payments from the local authorities.

Italian public opinion has not reacted lightly to the allegations made against Soumahoro’s wife and mother-in-law, especially as his wife has long flaunted her extravagant lifestyle on social networks. He ended up in the media’s sights for the villa he bought with his wife, known as “Lady Gucci”.

Soumahoro posted a video on Facebook of himself crying to address the controversy: “My life has been characterised by the struggle against all forms of exploitation. You want me dead. I have always fought,” he said in the video.

The deputy, who had reprimanded Prime Minister Giorgia Meloni for daring to address him informally, had tried to make his debut in Parliament by entering with mud-stained boots with the intention of making his closeness to the weakest even more evident. Now, however, he finds himself in the position of having to defend himself against the accusation of living in luxury.