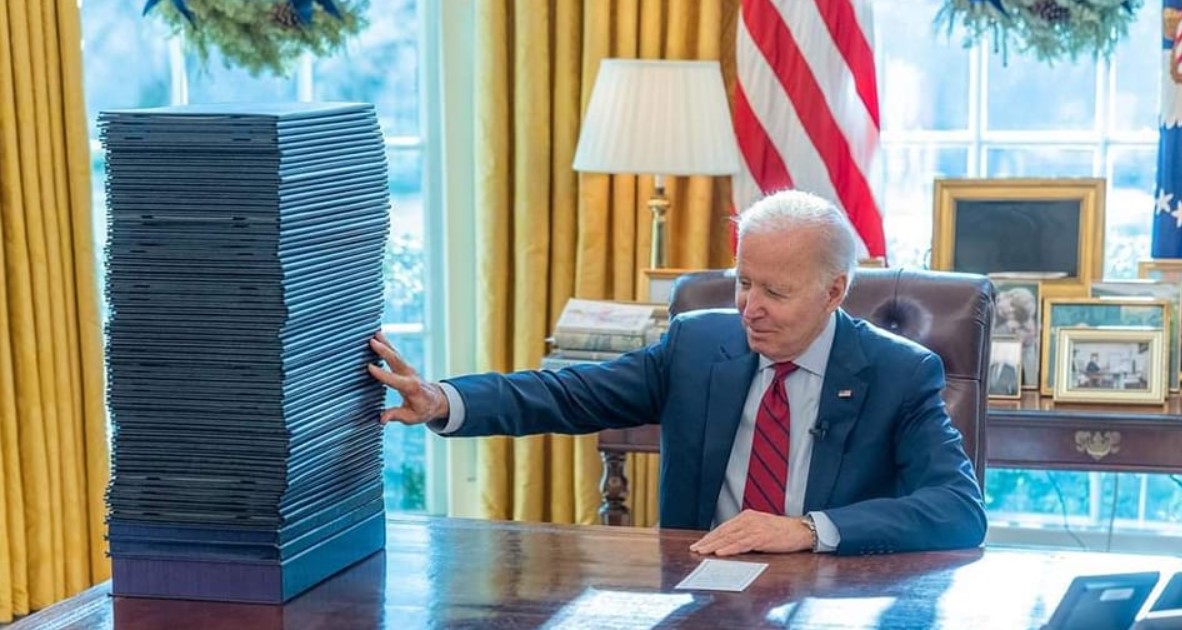 For the second time in a few days, US President Biden's employees have found secret documents in private rooms. The 80-year-old leader cited gaps in his memory.

President Joe Biden’s staff have discovered more secret documents outside the White House. This was reported by several US media, citing unnamed sources. The White House has since confirmed what happened.

Only on Monday did it become public that the Democrat had kept confidential documents from his time as Vice President under Barack Obama in his private office. According to reports, the documents are at least ten confidential papers, including those with the highest classification level.

In response to the find that became public on Monday, the President said he did not know how the documents got there and what they contained. A similar case with former US President Donald Trump (Republican) had led to a massive invasive search of his property in Florida. The Democrats had sharply criticized Trump for this.

At the time, Biden-appointed Attorney General Merrick Garland had set up a special counsel to investigate whether Trump may have committed a serious criminal offense. Regarding the latest discoveries, Republican Representative Elise Stefanik wrote, “We will demand answers, stop politicizing the corrupt FBI and Justice Department, and hold the Biden crime family accountable.”