The cost of the 2020 Black Lives Matter riots are by far the highest in US history in terms of insurance industry payouts which could exceed $2 billion. Princeton University has also discovered that pandering to the BLM movement could become very costly in a way they never expected.

A few months ago, Princeton University President Christopher Eisgruber wrote a letter to BLM activists in which he had “admitted racism”. This admission has now spurred an investigation by the US Department of Education. If the institution is found guilty of racism, the university could lose millions in federal government funding.

Eisgruber had decried “racism” at Princeton and “anti-blackness” generally in the US. His pro-BLM stance has however backfired spectacularly, as he is currently facing potential legal consequences for having lied.

Because of his admission to alleged “systemic racism”, a formal request from the Education Department has been sent to the university regarding the violation of Title VI of the Civil Rights Act of 1964, which says that no person “on the ground of race, color, or national origin, be excluded from participation in, be denied the benefits of, or be subjected to discrimination under any program or activity receiving Federal financial assistance”. 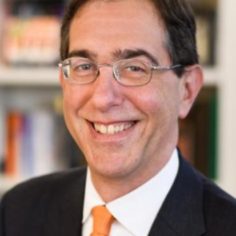 In his letter, Eisgruber had admitted that “racism and the damage it does to people of color persist at Princeton”. He even complained that “racist assumptions” are “embedded in the structures of the university itself”.

According to the Washington Examiner, the US Department of Education said Eisgruber’s admission spurred the investigation: “Based on its admitted racism, the US Department of Education is concerned Princeton’s nondiscrimination and equal opportunity assurances in its Program Participation Agreements from at least 2013 to the present may have been false.”

The department also demanded a “spreadsheet identifying each person who has, on the ground of race, color, or national origin” been discriminated against at the university.

Princeton’s president sent me and all alumni a letter saying that racist assumptions are “embedded” in the structure of the university.

Dept of Education is now investigating Princeton for racism, which is illegal under the Civil Rights Act! https://t.co/Yq64u6zy5s

Overall, the 2020 BLM riots have been the most damaging in US history, according to a new report citing insurance industry payouts. It has cost “more than any other violent demonstrations in recent history,” Axios reported. It has eclipsed the record set in the Los Angeles riots in 1992.

The protests related to George Floyd’s death due a drug overdose, have been widespread. “It’s not just happening in one city or state — it’s all over the country,” an insurance specialist told Axios. “And this is still happening, so the losses could be significantly more.”

Mainstream media has not reported on the widespread damage in the US so as to not “discredit the movement”.