The face of French BLM activist Assa Traoré is on this week's cover of Time magazine. The sister of the criminal Adama Traoré has certainly been put in the spotlight in the United States. The Traoré family incidentally, has been given US funding to advance the notion that French police officers killed Adama.

The French philosopher Pascal Bruckner, told Parisian daily Le Figaro that the American media “are trying to whitewash themselves on the backs of the stubborn Gauls that we are”.

Assa Traoré was honored in the United States, because she is, according to Time magazine, one of the “guardians of the year”. She is allegedly one of the defenders of anti-racism 2020, and considered to be the French spokesperson against police violence.

But some French intellectuals have reservations. “I believe America wants to wash away its sins on France’s back. Unless the New York Times, the New Yorker, the Washington Post, the Financial Times have information that we don’t have, and then they should give it to us. But for the moment, we do not know what happened during the death of Adama Traoré,” philosopher Pascal Bruckner noted.

And the writer added: “If we overlooked an extraordinary Republican heroine (Assa Traoré), let’s face it. (…) If, on the other hand, as a number of newspapers have already pointed out, Adama Traoré was not the hero they say. If it is true that he is said to have raped a fellow inmate, then here we are dealing with a completely different case.”

And the philosopher concluded: “They explain to us that Adama Traoré is the same as George Floyd. They are trying to whitewash themselves on the backs of the stubborn Gauls that we are.” 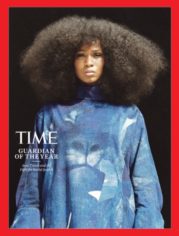 Interviewed by RTL, Assa Traoré said for her part that “Time is honoring me, a consecration for the fight we have been waging since the death of my little brother”.

Meanwhile, donations to Black Lives Matter-related causes over the past 7 months rival Amazon’s total profits for all of 2019 – which happened to be a record-breaking year for the online retail giant. The funding will most probably be used to advance political witch-hunting organizations and doxing groups who oppose the pro-globalist agenda.

The two figureheads of BLM are two self-described “queer lesbians”. On their official website, they state their goal as a mission to “foster a queer‐affirming network” with “the intention of freeing ourselves from the tight grip of heteronormative thinking”. According to The Economist, BLM is already funding “gay rights groups”. Curiously, a huge 75 percent of black people voted to ban gay marriage in California in 2008.

The Economist reported that “the great fire-hose of money” is being pointed at BLM groups and sympathisers.

“The example of Niko Georgiades of Unicorn Riot, a non-profit, left-leaning media firm that posted early footage of protests in Minneapolis, is instructive. Thanks to online donations, within a couple of months his almost-broke outfit went from $8 000 in the bank to nearly $650 000. That’s enough to keep operating for another five years, he says joyfully. Ms McKnight saw donations flood in from people in America, Europe, Japan and Brazil. Within a month of the protests, BLM’s national network had to scramble to offer a first round of $6,5m in grants—far more than ever before—to city chapters, gay-rights groups and others.”

Interestingly, the Tides Foundation is managing BLM’s money, according to the financial weekly. The convicted terrorist Susan Rosenberg sits on their board. Rosenberg is not black. Former New York City Mayor Rudy Giuliani previously highlighted the connection of the white convicted terrorist to Black Lives Matter’s fundraising arm.

“That was just a start. Vastly larger promises and sums followed as employee and corporate donors, as well as rich individuals, joined the gift-giving. Donations to BLM-related causes since May were $10,6bn. Exact sums received will be known when the central body overseeing BLM spending publishes its finances (confusingly it relies on another entity, a ‘fiscal sponsor’, the Tides Foundation, to oversee its books).”

The Economist added that BLM hoped to launch a bank early next year to advance capital to black-owned firms and non-profit groups. It appears that Rosenberg’s notion of “black liberation” is taking donation money for black people and loaning it back to them in order to profit from the interest after inciting black citizens to stage violent protests against white institutions.

Being a globalist organization, BLM is thus counting on support also from France. Since the death of the Malian Adama Traoré, the public debate in France has been intoxicated by the extremist version put forward by the Traoré family, who despite the expert reports has repeatedly accused the police of killing a member of their family. His sister had called for an illegal march to coincide with US race protests.

At the march, Maghreb singer Camélia Jordana, called for armed revolt. With her fist raised in a Black Power salute, Jordana, in the middle of a crowd of more than 20 000 people, sang: “Revolution has come! Time to pick up the gun!”