Taliban fighter smiling in the cockpit of one of the four Lockheed C-130 Hercules aircraft. Still: Fox News
Kabul

In the cockpit of one of the four Lockheed C-130 Hercules aircraft that the Taliban now have in their new air force, the victor looked particularly pleased. Why were these planes not flown out before they fell into the hands of the Taliban? Photos of the evacuation show how cables have been cut off and instrumentation partially broken, indicating that they were forced to abandon them at very short notice.

By comparison, South Africa, with a population of more than 55 million people, has nine Hercules aircraft in its air force.

Much has been written about “sponsorship of terrorism” and this alleged threat has since been used to, among other things, close alternative media’s bank accounts and harass pensioners who want to deposit cash at a bank. But the United States has proven to be the biggest sponsor of radical Islamists, as the Taliban now have a hundred times more munitions at their disposal than the entire South African Army.

Abandoning Afghanistan happened so fast that it is alleged that neither the superpower nor the fleeing regime even had time to fly out their planes and helicopters. 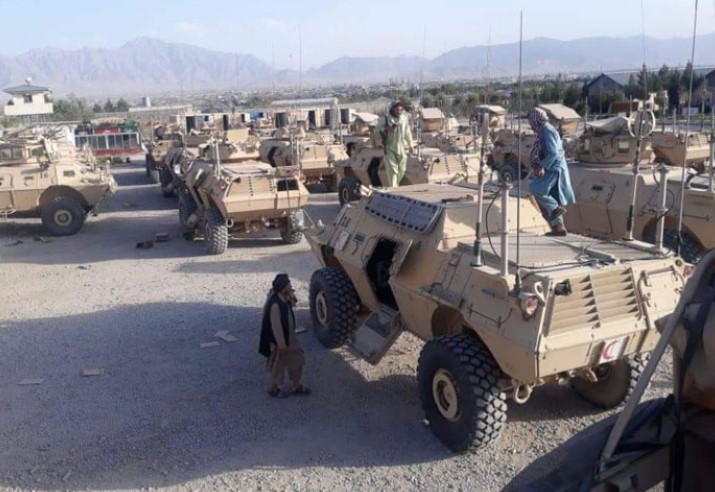 The Taliban therefore now have everything they need in terms of materiel in order to be able to immediately set up a fairly modern army in terms of equipment, which makes the South African Defence Force pale in comparison. The Islamists now have – paid for with American tax funds – over 23 000 armored vehicles, 42 000 light vehicles, 8 000 heavy trucks and 176 artillery pieces.

South Africa’s total land strength is made up of only 2000 armoured fighting vehicles and 43 self-propelled artillery pieces. Some 72 towed artillery could be added to that, but it still does not square with the Taliban’s booty.

This is in addition to the arsenal they already have and previously government-controlled warehouses with Soviet-made weapons and ammunition. There are even more armor and then also tanks.

The Taliban now also for the first time have access to airborne transport and ground attack capability through 109 helicopters, of which 33 are Black Hawks, and 65 aircraft, of which four are large C-130 Hercules aircraft and 33 light attack aircraft.

South Africa is double the size of Afghanistan in surface but only has a total aircraft strength of 226 assets. This includes 17 fighter aircraft, 23 transport aircraft, 88 trainer aircraft, 7 special-mission aircraft, 91 helicopters, 12 attack helicopters. In addition, the SANDF is essentially responsible for the defence of the whole of the SADEC area of almost 10 million square kilometres.

There are other credible sources that indicate even higher figures for the Taliban loot, including that there are well over 30 000 armored vehicles and that there are also more aircraft, including 18 reconnaissance aircraft and over 20 other smaller transport aircraft. Then there are other weapons (which are not shown in this table), including more than 12 000 military rifles, over 25 000 grenade launchers, at least 2600 grenade launchers (60 and 82 mm) and almost 10 000 anti-tank weapons. 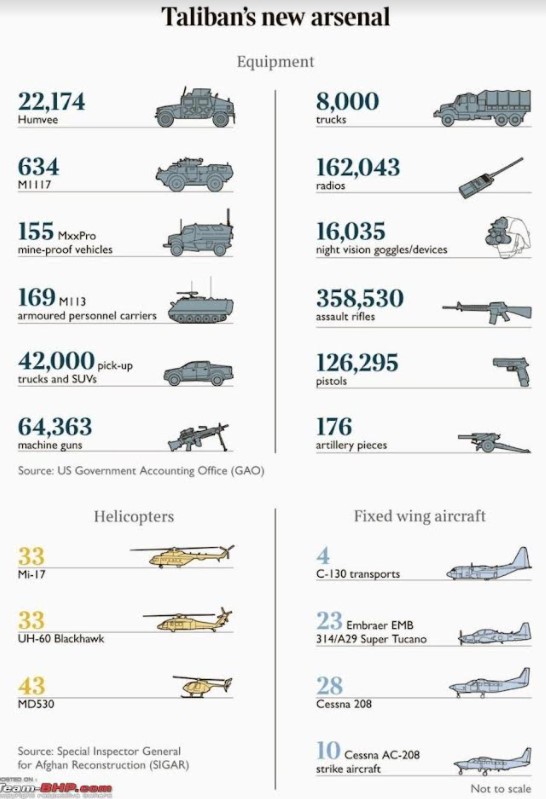 Some US staff seem to have hastily tried to sabotage the materiel by cutting cables or smashing windshields, even the windshields of Sikorsky UH-60 Black Hawk helicopters that cost around R80 million each. The Taliban paraded these during their victory celebrations and presented the video on social media with the words “Our air force!”.

One of their soldiers hung under it in a harness, leading to some mainstream media outlet describing the Taliban as “hanging from helicopters”. The logic behind the grossly incorrect depiction was not explained. The Taliban now have 33 Black Hawk helicopters, which is more than twice as many as the entire 12 attack helicopters of the SANDF. 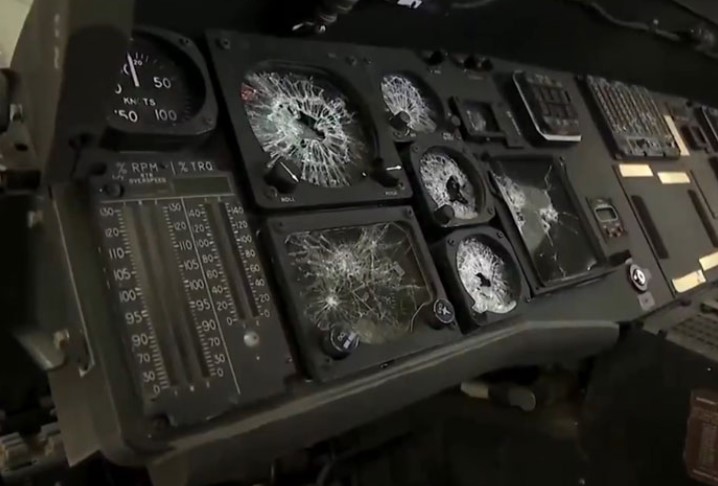 There seemed to have been too little time left for the US occupation to realize that the Taliban would soon get their hands on the expensive equipment. This in itself is strange and indicates that no information regarding this was passed on in the chain of command for several days and weeks. Still: TRT World

For the Taliban’s future communication, 162 000 radios were generously left behind and – perhaps worst of all – for special operations and night operations, they now have access to just over 16 000 night vision equipment. The SANDF has never had enough, because they are so expensive. Those that the Taliban have now come across are said to cost around R164 398 each. The Taliban now have so many that they can set up four to five brigades where all soldiers in theory could be equipped with night-vision equipment. South Africa can hardly set up one brigade.

It is not far-fetched to expect that the money-hungry Taliban – the only thing the United States ensured they did not get, including by blocking the puppet regime’s foreign bank accounts – may be tempted to sell some of this easily transported abundance to terrorists around the world. These will of course be able to afford it, as there is always some state/intelligence service or “Arab prince” supporting their cause. 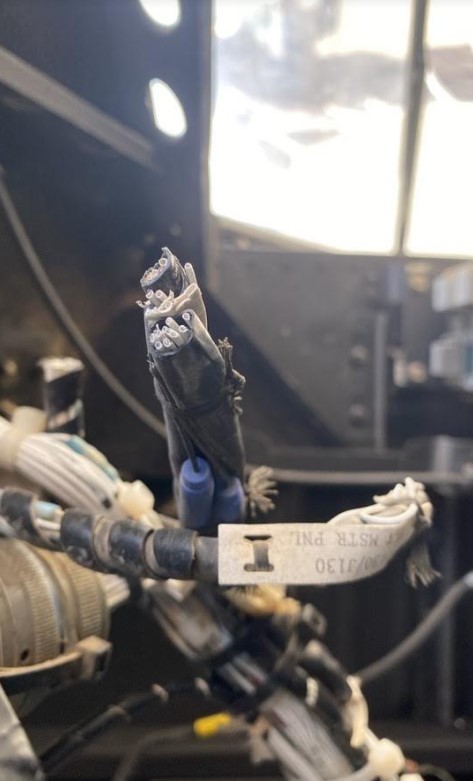 Cables cut in a hurry. Still from NBC News

One also does not have to have a lot of imagination to understand what damage they could do. The criminal gangs in the West already have the potential for violence, which has increased as a result of weak police forces everywhere. Night vision on top of that can create a nightmare situation for European police and military and even more so in poor countries.

Thandi Modise was appointed as the South African Minister of Defence and Military Veterans on 5 August 2021. Already in 2015, her predecessor Nosiviwe Mapisa-Nqakula said that her department has been forced to continuously adjust its plans downwards in response to the declining budget.

The current deployment of 15 SANDF sub-units along South Africa’s borders are insufficient. There were dire shortages of suitable air assets at the SA Air Force’s 35 Squadron as well as 28 Squadron to effect border patrols.

But even more pressing was the outdated ICT systems, notably the finance, human resources and logistics systems. Information and communications technology (ICT) typically refers to all forms of computing, the internet, telecommunications, digital media and mobile phones.

According to the latest Global Firepower ranking, South Africa is ranked as the 32nd military strength in the world – behind Egypt (12th) and Algeria (27th) in Africa. Notably, the country stands out for its land power but has fallen behind other nations in air and naval power.

The Taliban however has acquired modern functioning land and air capabilities, far outstripping those of key countries on the African continent. All one has to do is wait and see how this disaster will play out.