Finnish president states the obvious: The export of US democracy has failed

Finnish President Sauli Niinistö said the Taliban's conquest of Afghanistan was due to the failure of the West to secure their trademark export, that of democratic government and society in the country. And French commentators likened Afghanistan to the "Graveyard of Empires", a sobriquet associated with the country.

Niinistö told Finnish outlet Yle that the Taliban takeover of Afghanistan will likely create another wave of migrants coming to Europe and create a safe haven for terrorists. Indeed, the US fiasco sadly highlights the long list of such failures in Iraq, Libya, Syria, North Korea and Ukraine.

In fact, the Biden administration will probably be remembered for creating a Islamic Caliphate in Afghanistan, armed with free US military equipment, after abandoning the country. Biden has meanwhile appeared to be much more concerned about silencing Trump supporters and critics of his Covid policies while enjoying a vacation as the stated American war effort in Afghanistan imploded.

“The lesson we must learn from this is that it is quite difficult to introduce a completely new social structure and social thinking to another place. It takes many generations”, Niinistö said in an interview with the national broadcaster.

The consequence of the US failure in Afghanistan – after the longest war in its history – will be a flood of migrants heading for the EU. Mainstream European leaders, especially in France and Germany, realise that a fresh influx could seriously damage their prospects of being re-elected, since the welcoming mood in the EU has changed. “So we must take a stand on the question of how many refugees Finland and Europe can receive so that good integration can be achieved”, Niinistö said.

Niinistö pointed out that the Taliban, during their previous reign, had been content with staying in Afghanistan, “but at the same time had offered terrorists a shelter”. He said that if “the same line continues, the effect can radiate across the globe”.

“What has just happened is the starting point of the decline of American power,” de Villiers noted. He said American hegemony would suffer the same fate as the Soviet Union did after its Afghan debacle in the 1980s. The long and costly war that had led Moscow against the Washington-backed Mujahedin had contributed to the fall of the USSR and the dissolution of the Warsaw Pact.

Former French diplomat René Cagnat, a specialist in Central Asia, agreed with De Villiers. “Afghanistan is a cemetery for American power, as it was for the USSR”. What is happening in Afghanistan “is serious for the Americans”. He added: “Their departure lacks dignity.”

“Americans, like any people, have a sense of dignity and that they might not forgive Biden for it. From there, we could see a bad influence of the Afghan disaster in America itself, the Americans losing confidence in themselves,” he warned. 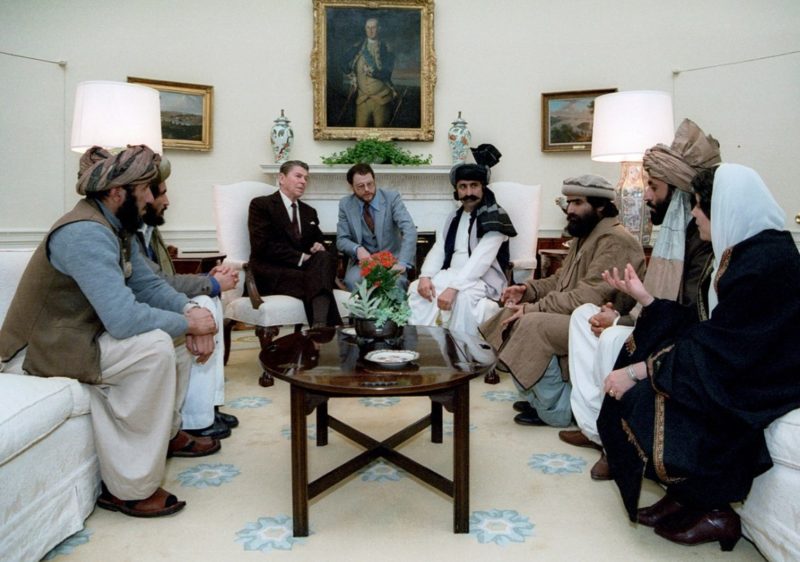 The rise of the Taliban: Operation Cyclone was the code name for the CIA programme to arm and finance the Afghan mujahideen in Afghanistan from 1979 to 1989, prior to and during the military intervention by the USSR in support of the Democratic Republic of Afghanistan. The mujahideen were also supported by Britain’s MI6, who conducted separate covert actions. The program leaned heavily towards supporting militant Islamic groups, including groups with jihadist ties. President Ronald Reagan meeting with Afghan Mujahideen leaders in the Oval Office in 1983. Wikipedia

This war was indeed the longest in the history of the United States since the birth of the country in 1776. In total, the totally futile wars launched in the wake of September 11 will have cost 2 trillion dollars in twenty years, but the overall costs it generated will continue to burden the US. It is estimated that the cost of injuries, pensions and other expenses related to the US mission in Afghanistan will mean total expenses of $6,5 trillion in 2050, according to Marketwatch.

These are truly astronomical sums without Washington being able to show anything whatsoever for their trouble. Quite the contrary, because the US defeat has spurned the revival of Islamic radicals. “ISIS will profit from the triumph of the Taliban,” Arab media warned, according to the Courrier international. The victory of the Taliban constitutes “a vicious boost” for radical Islam.

According to the French specialist on the Afghan conflict, the French had understood soon enough that the Afghans, weary of the war, were “more fed up with us Westerners than the Taliban and that’s saying something”.

“The United States did not understand a thing. They displayed their strategic, tactical, logistical ineptitude. They missed the mark. They don’t know how to wage war now. They did not understand that their model of warfare should have been changed,” the specialist on Central Asia underscored.

Cagnat’s summary was shared by French veterans. “When you see these images of Kabul, it is deeply sad for the Afghan people. It hasn’t budged. It’s really sad that the Afghans are going back to square one,” a veteran French soldier, Antoine Daoust, remarked.

The father of the tragically killed soldier condemned the French intervention in Afghanistan as a “catastrophic mission”. 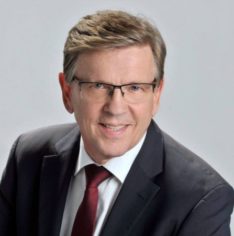 A 2013 study by the Pew Reasearch Center revealed that 99 percent of the 38 million Afghans agree to Sharia law – the highest figure among Islamic countries in South and Southeast Asia.

AfD member of the Bundestag and Bundeswehr reserve officer, Gerold Otten, said the hostility that had prevailed on the part of large sections of the population towards the Bundeswehr and the other allied forces in Afghanistan. Religion is a huge binding factor there, and the “unbelievers” are the enemy. This bare fact was stubbornly ignored during the 20-year NATO mission, he said. With 59 dead Bundeswehr soldiers and tens of billions of wasted German taxpayers’ money, this has been completely in vain, Otten added. He spoke on July 25 at an AfD event in Unterschleissheim, well before images of the US disaster began circulating on social media.