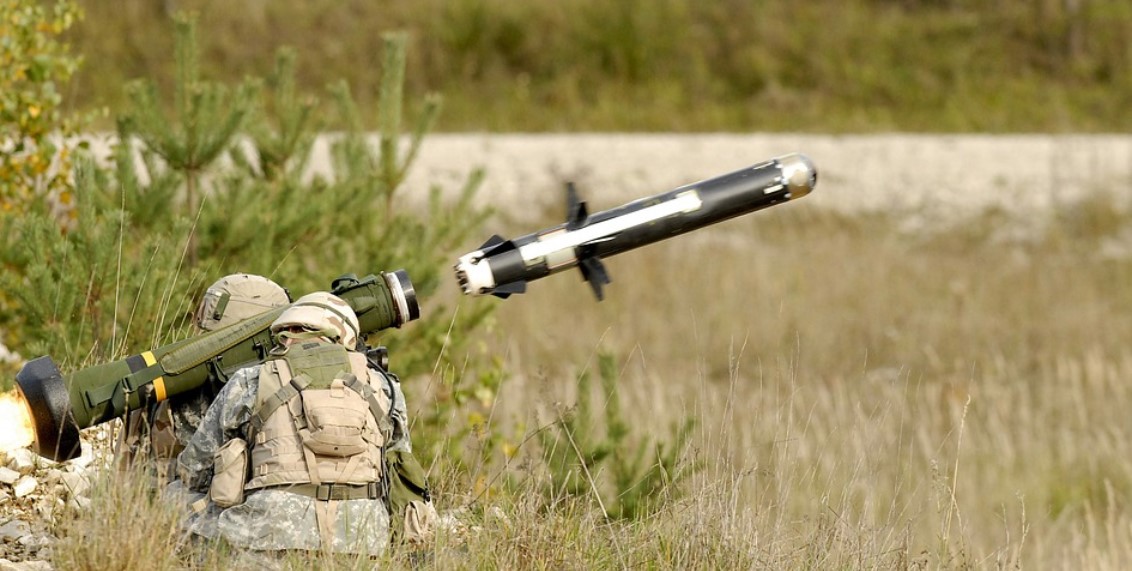 An anti-tank guided missile could down a civil airplane. Stock photo from Pixabay

The retired Swiss Colonel Jacques Baud has written a lengthy article in which he paints a completely different picture of the war in Ukraine than portrayed in the Western media. The former NATO analyst helped Ukraine build its army for years.

Baud noted that the so-called Russian-backed separatists in Donbass were never supported in any way by Russia for the past eight years. After the Maidan coup in 2014, the Russian-speaking part of the population – civilians – were attacked by Ukrainian soldiers. In cities like Odessa, Mariupol, Luhansk and Donetsk massacres were carried out by them. Since then, a civil war has raged in the country.

Baud was working as an army analyst for NATO in 2014, when his team discovered that the rebels’ weapons were not supplied by Russia, but by Russian-speaking defectors from the Ukrainian armed forces.

How did he know this?

There was a massive exodus, after which Baud had to help to rebuild the image of the Ukrainian army. This turned out to be a long and arduous process. In the process, extremist paramilitary militias, including the Azov Battalion, sprung up.

In 2020, 40 percent of the Ukrainian army consisted of these militias, Baud said. He describes the members as cruel fanatics. They were funded, trained and armed by the United States, Great Britain, Canada and France.

Baud further pointed out that President Zelensky announced last year that he intended to take Crimea and he sent his troops south to complete the task. In February, the Ukrainian army began bombing Donbass on a large scale.

The former colonel added that US President Biden announced on February 17 that Russia would attack Ukraine within days. How did he know this? Since February 16, the civilian population of Donbass has been massively bombed by the Ukrainian army. The European Union, media, NATO and Western governments nonetheless kept mum as this was happening.

It seems the European Union and Western countries deliberately did not say anything about the massacre in Donbass because they knew it would provoke a Russian response, the ex-NATO analyst said.

He also pointed out that in January saboteurs with Western equipment were caught in Donbass who spoke Polish. They had wanted to cause incidents with chemical substances in Gorlovka. Baud said Joe Biden knew the mass bombing and acts of sabotage would lead to a Russian invasion.

According to him, there are three reasons for this war: the expansion of NATO, refusal of the West to implement the Minsk agreements and the large-scale attacks on the civilian population of Donbass over the past eight years.

Western weapons for Ukraine find their way back to the EU

Large amounts of weapons are currently being shipped into Ukraine by the West, but these may find their way back to their countries of origin.

A huge amount of small arms and small ammunition, anti-tank weapons and handheld anti-air systems now constitute a serious, long term danger to the EU and the world at large since these fit into a car trunk and can easily be smuggled across borders.

Gangs in Sweden, the Netherlands and Germany also probably already know this much.

In the same way as former US president Barack Obama empowered terrorist networks in Syria, by describing ISIS fighters there as “moderate rebels” and arming them, religious fanatics in the EU could benefit from these arms. Ukraine has a reputation of being one the world’s most active suppliers of illegal small arms.

According to military analyst Larry Johnson, French Gendarmes have reported that small arms and surface-air missiles had already made their way via black-markets from Ukraine to France. France is also an ethnic powder keg waiting to ignite.

The CIA is in essence setting up a new al-Qaeda in Europe. “I couldn’t tell you where they are in Ukraine and whether the Ukrainians are using them at this point,” a senior defense official told reporters last week. “They’re not telling us every round of ammunition they’re firing and at who and when. We may never know exactly to what degree they’ve using the Switchblades.”

In fact, the US Defense Department has no idea who receives the weapons, according to Pentagon press secretary John Kirby.