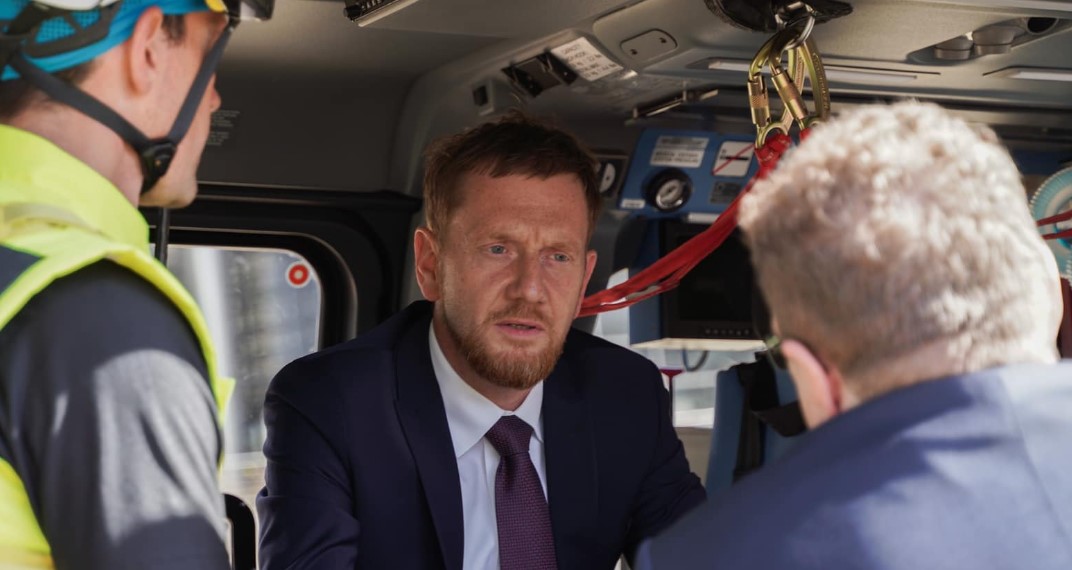 The pro-Ukraine front in Germany is crumbling

The first cracks in the anti-Russia united front are beginning to appear in the German political landscape. Saxon Prime Minister Michael Kretschmer, from the CDU, was the first to come out publicly and contradict the official line of the parties in the Bundestag, according to which Ukraine should continue to be supported without ifs and buts and the course of sanctions against Russia should be maintained.

Kretschmer believes that the war in Ukraine is too high an economic risk for Germany and Europe. One must recognize that the war is pushing the entire world, and Europe in particular, towards chaos, he said on Tuesday. If it continues as before, there is a risk of Germany losing economic strength that is necessary to organize security and remain competitive.

Kretschmer said that the current public debate was totally “one-sided” and stressed that the war was becoming a huge burden for Germans. “We need negotiations as soon as possible now, the war must be frozen,” Kretschmer demanded.

Not only must the conflict that led to the escalation of the Ukraine war be resolved, but according to him, Germany and France must play a mediating role.

This is due to the size and history of the countries and their involvement in uniting Europeans. They now have to play a central role in resolving the conflict together with the US and other countries. Kretschmer, however, said that this did not mean that Ukraine should give up territory.

German tabloid Bild and dpa reported that Kretschmer repeated that the war was an injustice and a crime committed by Russia.

Criticism of Berlin and Brussels

Kretschmer however expressed clear criticism of the German and EU attitude to the war in Ukraine. He questioned the sagacity of maintaining that firstly it was about winning the war and secondly never buying raw materials from Russia again. Because if that is the attitude, there will be no ceasefire negotiations. Kretschmer therefore advocated a more pragmatic approach, also in order to invest in one’s “own strength”.

“I am firmly convinced that we need these supplies of raw materials. Secondly, I am of the opinion that we must try together […] to influence the Russian President and also to convince Ukraine that we can all resolve this conflict together with a freeze. That’s different from what’s going on right now.”

As far as the period of imports from Russia is concerned, Kretschmer assumed that “at least another five years” of Russian gas would be necessary. “I know that’s all a minority opinion and the other position is much more popular, which is why I’m campaigning for it to be given more consideration.”

The Springer newspaper reported that “Kretschmer was openly opposing the line of the federal government and the line of his own party. Chancellor Olaf Scholz had repeatedly stated that there would be no “dictated peace”. Similarly, CDU leader Friedrich Merz demanded that Ukraine “win the war”.

But according to Kretschmer, Germany should work to bring Russia back to the negotiating table and convince Ukraine that a freezing of the conflict would also be in their interest. “It will be bitter for Ukraine to go down this road, but what is the alternative?” he asked.

The German politician outlined that a complete unbundling of the economic relationship with Russia would be unnecessary and would only harm German interests. He said the German government was currently pushing to enable Ukraine to win the war under all circumstances and that Germany would never again be able to import raw materials from Russia. “We’re not going to win anything with that,” he stated.

Kretschmer, who belongs to the conservative CDU, has been long critical of the German government’s approach to Ukraine. Already in May, he stated that he opposed delivering heavy weapons to the war-torn country.

From the other side of the political fence 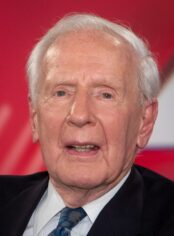 The moderator for public broadcaster ARD, Sandra Maischberger, quoted from Dohnanyis’ book, which was published in January 2022 during an interview: “The West’s policy of confrontation so far hasn’t provided the security that Vladimir Putin wanted. Instead of constantly demonizing Putin, couldn’t we just start with a normal human experience? It’s only through dialogue that one can see what the other wants and what they want where joint progress is possible.”

Maischberger challenged von Dohnanyi: “Do you think you can really associate yourself with these sentences?”

He responded: “Of course. Ms. Maischberger, in the book I wrote why there will be a war. That’s because the West wasn’t ready to talk about the only important question for Russia and for Putin, namely the question of Ukraine’s belonging to NATO – to even negotiate this issue. President Biden refused to negotiate this, Putin asked for it, and in the end it came out that Biden said that instead of negotiating this issue, we will introduce sanctions, tough sanctions. And afterwards he said I knew that these sanctions would not prevent the war. He said so explicitly.”

Serbian President Aleksandar Vučić, whose country has close ties with China and Russia, said a few days ago: “I know what awaits us. As soon as Vladimir Putin has finished his work in Seversk, Bakhmut and Soledar, having crossed the second line at Slavyansk, once Kramatorsk-Avdeyevka has been reached, he will make a proposal. And if they [the West] don’t accept it – and they won’t – then all hell will break loose.” He predicted this without giving details of the planned initiative.

On July 12, the philosopher and writer Richard David Precht was interviewed on German public broadcaster ZDF where he outlined how a distorted image of Russian aggression was being spread in the media and politically. Anyone who deals with the topic in depth would have come across Ukrainian Decree 117/2021. Paragraph 2 clearly states: “Approval of the strategy of de-occupation and reintegration of the temporarily occupied territory of the Autonomous Republic of Crimea and the city of Sevastopol.”

From this it is evident that the only correct answer from the Russian President was the troop deployment at the end of March/beginning of April 2021. This fact is deliberately being kept secret from voters and, according to FDP politician Christian Sauter, even members of the defence committee in the Bundestag such as himself.