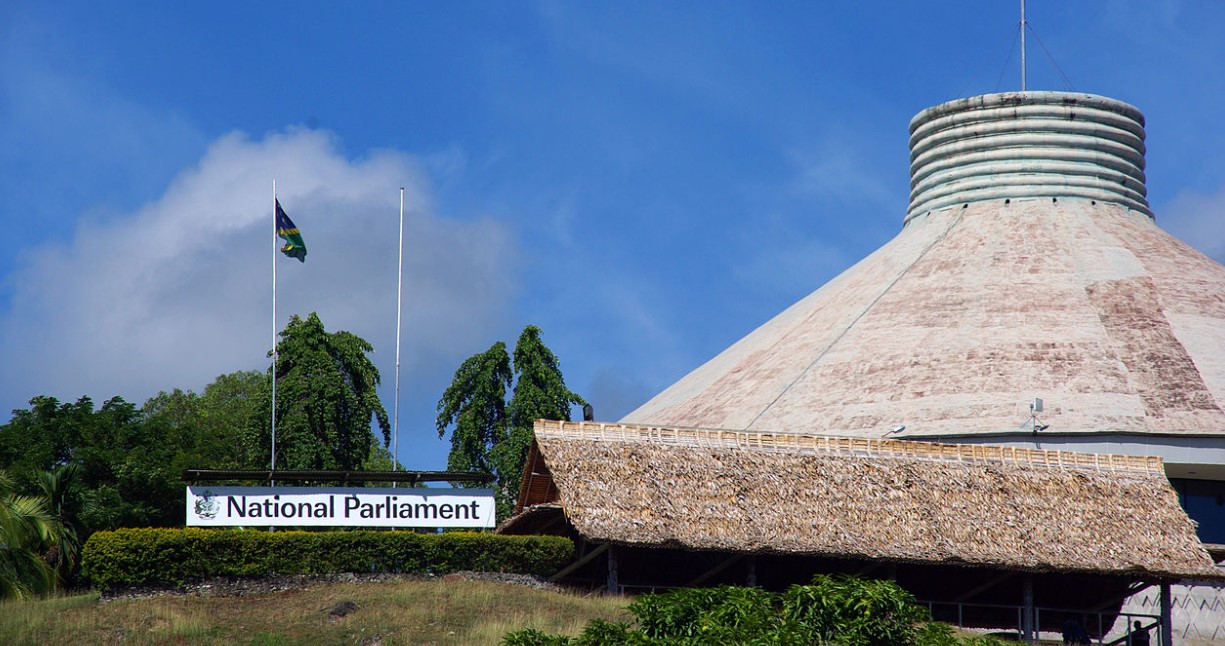 Solomon Islands' National Parliament building was a gift from the United States. Wikipedia

After China’s pact with the Solomon Islands: US navy turned away

This is a major defeat for the US – and a clear win for China. Around three months after the conclusion of a security agreement with China, the Solomon Islands in the South Pacific have now closed their ports to foreign naval units. The island republic has revised its rules for accepting foreign ships as a result of the pact with China.

A spokesman said the intention was to expand the national capacities for monitoring the exclusive economic zones of the South Pacific island state.

Last week, a US Coast Guard ship was unable to call at a port in the Solomon Islands because the government failed to respond to a routine request for refueling and supplies. The British naval ship Spey also had to cancel a planned port stay. A spokesman for the US State Department described the lack of clearance for the military ship as “regrettable”. White House National Security Council spokesman John Kirby criticized China’s attempts to “intimidate” nations across the Indo-Pacific region and force them to act on their terms.

The only thing that is certain, is that the Solomon Islands have left the US sphere of influence in the Pacific as a result of the security pact with China. Since the conclusion of the pact, relations between the island republic and the US have been strained. The pact with China allows the Middle Kingdom to station law enforcement and military on the Solomon Islands in the event of a conflict.

The entire South Pacific region had been claimed by the US as a sphere of influence for decades. In addition, only last year the US, Great Britain and Australia formed the AUKUS tripartite alliance, the main purpose of which is stemming the growing Chinese influence in the region.

With the security pact with the Solomon Islands, China has thwarted this goal and, on the contrary, has extended its influence far into the American-Australian sphere of influence. The consequences for the US Navy will be felt.