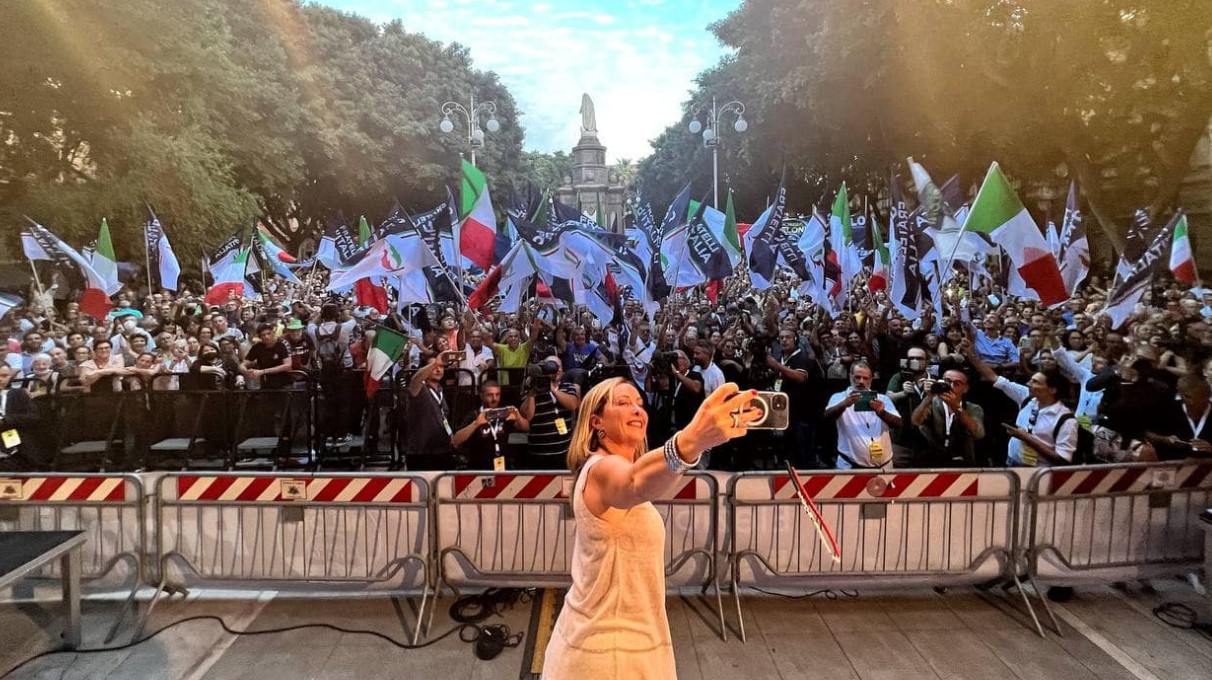 Ahead of Italian elections conservatives focus on Russian sanctions

Italy's right-wing camp, which is expected to have a good chance of winning the parliamentary elections on September 25, is making initial announcements that it will win the elections. Giorgia Meloni, head of the Fratelli d'Italia (FdI) and favorite in the right-wing conservative camp, has cautiously distanced herself from a basic Western doctrine and declared that "globalization without rules" has not worked.

“The split between the blocs will continue. The war in Ukraine is the tip of the iceberg of a broader and longer-lasting division in the world,” Meloni warned at an economics seminar in Cernobbio on Lake Como. Meloni’s party has however backed the Draghi administration’s moves to send weapons to Ukraine, while Salvini and Berlusconi were less enthusiastic. Meloni has also defended the NATO alliance led by the United States.

Lega boss Matteo Salvini criticized the effectiveness of Western sanctions in this context. Several months had passed and citizens had to “pay their bills twice and quadruple” while after seven months of war “Russia’s coffers were filling up with money,” said Salvini.

“The centre-right bloc to which we belong is preparing to win the September 25 general election and rule Italy for five years: do we want to keep sanctions on Russia? Well, but Europe has to bear the costs for companies and families,” demanded the Lega boss. In order to avoid an economic catastrophe, a “European protective shield” is necessary, demanded Salvini.

The Lega leader urged the government of outgoing Prime Minister Mario Draghi to pass an aid package to help families and businesses weighed down by high energy prices and inflation, even if it meant increasing Italy’s deficit. “It’s better to put together an aid package worth 30 billion euros now than having to pay 100 billion euros in unemployment benefits later,” Salvini warned.