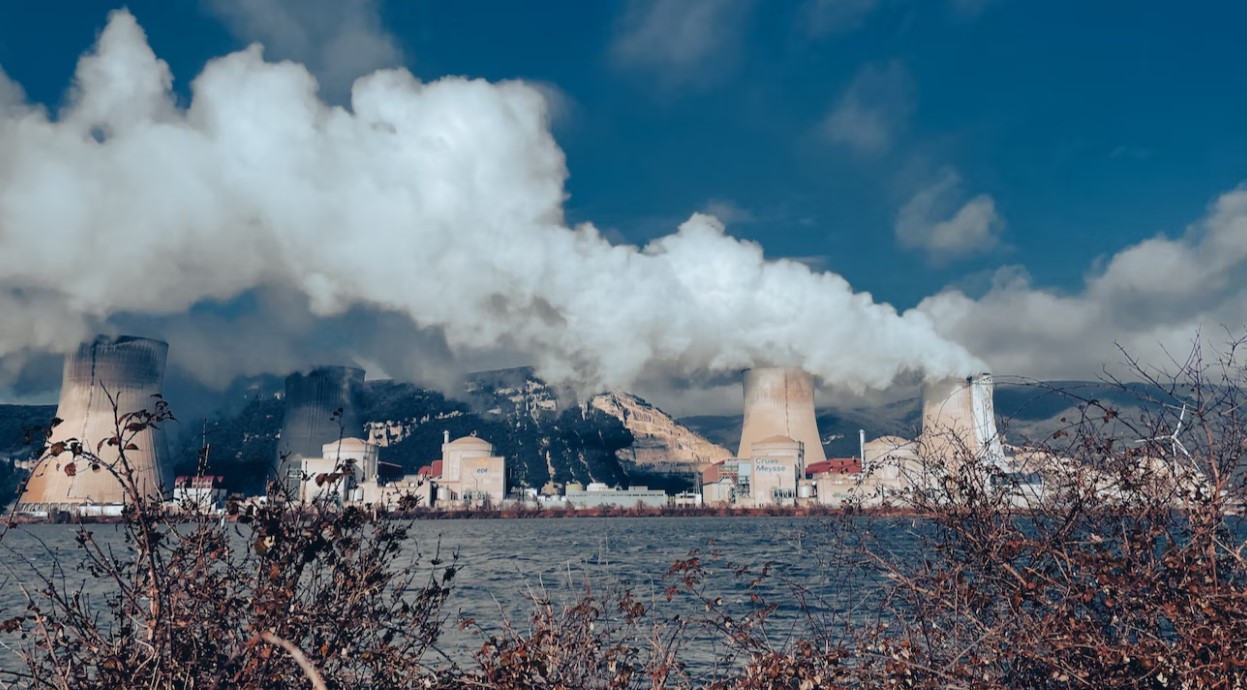 The Cruas Nuclear Power Station is a nuclear power plant located in Cruas and Meysse communes, Ardèche next to the Rhône River in France. The site is 35 km north of Tricastin Nuclear Power Center and near the town of Montélimar. Photo credit: Jametlene Reskp
Paris

How can one ensure the safety of patients on artificial respirators when there are power cuts? This question is undoubtedly of great concern to French people who have relatives in this situation. And for good reason, possible blackouts could occur during the winter, due to the production of the nuclear complex considered at an historical low.

Elected members of the RN, including Marine Le Pen and Jordan Bardella, have taken up the issue of load shedding in the case of patients on respirators. The leftist party La France Insoumise has also chimed in.

Due to the historically low production of nuclear power, possible power cuts may occur this winter in France. And according to the Enedis spokesperson, patients at high risk of death will not be “prioritised”. Enedis is a French public utility company, which manages the electricity distribution network.

“The people who are at high vital risk are not part of the priority customers defined by the prefectures”. In an interview with BFMTV on Monday evening, Laurent Méric, a spokesman for Enedis, gave an update on the people and territories designated as “priority” in the event of load shedding this winter.

According to him, the patients on an artificial respirator are a “non-priority”.

“We are all on an equal footing” in the face of electricity cuts, Méric said disingenuously. Asked about a possible disparity between rural France and France’s big cities, he considered it “normal” to define priority areas, which should be spared from these cuts. “If there are obviously more hospitals in the big cities, these are the areas that will be given priority. It is understandable, it is legitimate,” he concluded.

French premier Elisabeth Borne’s government has already presented a series of measures to deal with possible power cuts this winter. The power cuts will be programmed and targeted – a maximum of two consecutive hours with load shedding confirmed the day before in the event of an overload of the electricity network.

Méric’s comments did not go unnoticed. In the media, many elected representatives of the Rassemblement National (RN) have strongly denounced his speech. “It’s mind-boggling,” responded Marine Le Pen, quoted by the same media. For his part, Jordan Bardella blasted a government that “seems to have lost sight of any basic respect for the French and particularly the most fragile among us”.

Other elected representatives of the RN, in the wake of Marine Le Pen and Jordan Bardella, have taken up the issue. Laure Lavalette, MP for the Var and spokeswoman for her group at the National Assembly, said that a “national drama” would happen due to the “absolute indifference of a government that no longer controls anything”.

Emmanuel Blairy, MP for Pas-de-Calais, reacted in the same terms on his Twitter account: “What is this about? This is the filthy face of the Macron clique”.

Macron was keen to sound reassuring about the electricity cuts that are looming this winter. The President said that the government was preparing a plan to manage an “extreme” situation.

While temperatures are already harsh, and power cuts are feared in the coming months, Macron sought to downplay the energy issue.

During his state visit to the United States to meet his counterpart Joe Biden, the President of the Republic gave an interview to TF1/LCI on Saturday, December 3. He did not escape a question on the energy crisis. The Head of State was adamant: “I want to clarify things here: no panic.”

It is thus the “responsibility of the government” to work on it so that “the country is not in complete disorder”. Macron spoke of “fictitious scenarios”, such as preventing the departure of a train if a power cut is imminent, which must therefore be “prepared”.

Paris will be less affected than the rest of the country

With a large number of so-called priority sites and a very dense electricity network, the capital will not be as badly affected by energy consumption as other parts of France.

In the age of energy sobriety, the French are therefore wondering about their fate as winter approaches. As Europe1 reported on Thursday 1 December, power cuts could occur throughout France quite soon. The cause is in fact a supply problem due to the war in Ukraine, among other things, not only the decline of nuclear energy production in the country.

But the capital will be privileged and be largely less affected by power cuts than the rest of France. Indeed, Paris is home to many so-called “priority sites”, which must under no circumstances suffer from a lack of electricity in order to function properly, according to officials.

Among the priority sites are hospitals, prisons and military zones. The government has also commissioned the prefects to draw up a list of all these zones. Although the number of sites must not exceed 38 percent of the department’s electricity consumption, Paris is an exception because of the density of its electricity network and its services, which benefit the whole of France.

In the capital, only 17 percent of electricity consumption can be shed, compared with 62 percent in the rest of the country. This is a considerable gap which worries the executive. Clearly, these disparities could be considered as preferential treatment for Paris, which will be four times less affected by power cuts than the rest of France.