Salinen AG, based in Ebensee, is Austria's only salt producer. Because of the massive price increases in energy, production has been cut back by 20 percent.

Just as Germans can no longer bank on clean water with standards lowered to compensate for a lack of energy in sewage treatment, Austria’s only salt producer is facing problems. CEO Peter Untersperger called for an end to the suicide sanctions against Russia.

The salt works already charge 12 percent more for salt, but actually they should raise the price by a good 30 percent so that they do not get in trouble with the increased costs. Because the stocks of gas are gradually decreasing and they have to buy more at the massively increased market price.

Production will therefore initially be reduced by 20 percent by the end of the year. CEO Peter Untersperger is especially tough on politicians. He demanded that Germany open Nord Stream 2 so that enough gas could flow to Europe and market prices could drop again. 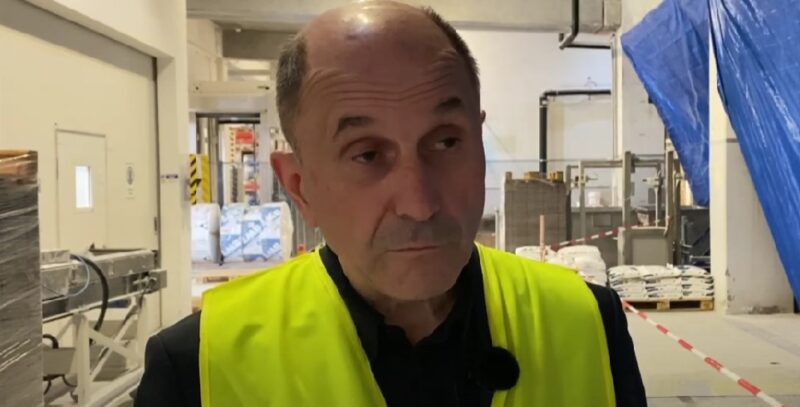 The Saline CEO also thinks little of the sanctions imposed on Russia: “They don’t harm the Americans at all, they benefit from them”, but Germany and Austria “shoot themselves in the foot”.

In his opinion, the EU is also to blame, because it “made very, very big mistakes beforehand”. He explained: “We should never have offered Ukraine membership in NATO, but now you can’t go back, as Europe will lose face.”

He also criticised the government and its CO2 tax, which lead to “massive distortions of competition” with Germany. “Our German competitors get money thrown at them and we idiots are left in the dry and have to pay 400 euros for one megawatt,” said Untersperger.

Austria is dependent on Russian gas supplies. Nevertheless, the government has signed off on every suicide sanction package from Brussels. This has inevitably resulted in the highest inflation in 70 years with the rating agency Fitch now downgrading Austria’s credit rating.

Even if the previous credit rating of “AA+” was confirmed, Fitch is less optimistic about the future and the rating outlook was lowered from “stable” to “negative”. This means that the country’s international credit rating could soon plummet with long-term foreign currency bonds becoming more expensive.

In view of the lavish use of inflated money supply to cushion the ruinous lockdown and sanctions policy, this is bad news for Austria.

As early as March, the debt amounted to 350 billion euros and the national debt to over 70 percent of the gross domestic product. Austria’s national debt was almost as high as that of “bankrupt” Greece.

Fitch is also forecasting a recession for the coming year, essentially falling into the stagflation trap. This means that the economy is shrinking at the same time as the currency is depreciating massively. This shows once again that the economic forecasts that Austria had relied on were completely wrong.

In fact, the downgrading is now directly related to the support for sanctions: Fitch complained that Austria’s dependence on Russian gas was too high.