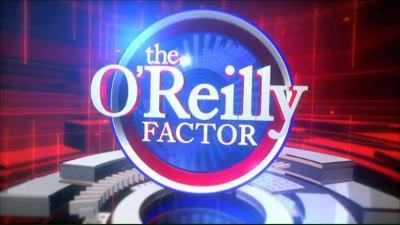 ‘Media out to destroy Trump’

At least three media organizations have "ordered their employees to destroy Donald Trump," Bill O'Reilly said during an interview, commenting on the role the mainstream media played during the second live debate of the US presidential race.

O’Reilly is the host of the insightful political program The O’Reilly Factor on the Fox News Channel. He is widely considered a bi-partisan commentator.

Speaking with Bill Hemmer at Fox to analyze the second clash between Trump and Hillary Clinton, O’Reilly said he’s “100 percent convinced” of the media plot against Trump.

“I’m talking about big conglomerates. … News organizations have sent, not officially but through the corporate grapevine, [word] that we don’t want anybody supporting Trump. If you study it, you can see which ones they are,” he said.

O’Reilly nevertheless called the debate a “huge win” for Trump.

Sunday night’s moderators Anderson Cooper, from CNN, and Martha Raddatz, from ABC, interrupted, talked over and at one point even debated Trump.

Twitter exploded with Raddatz criticism as a result. Trump adviser and former House speaker Newt Gingrich spoke for many: “Why is Raddatz debating trump? Isn’t that Hillary’s job?”

Former House Speaker Gingrich said Trump “did much better” than in the first debate, but added that the media was running amok. He called them a “lynch mob” attacking Trump.

“Once you get into substance, she starts to disintegrate,” he said.

But a CNN/ORC poll of debate watchers released last night, sampling only 537 respondents, found that 57% thought Clinton won the debate while 34% thought Trump was victorious, despite not yet releasing its full methodology.

However CNN reported that 58% of the respondents were Democrats. This does not mean that 42% were Republicans, since the 42% figure also includes independents.

In a previous, rigged poll by CNN some 33% of respondents were independents. Even if the number of independents polled this time is significantly lower – say 20% – this would mean that CNN surveyed only 22% Republicans.

Another YouGov poll, which reported that Clinton won the debate 47%-42%, sampled 41% Democrats compared to 31% Republicans, another obvious bias.

Some 10 000 voters chanted “CNN sucks” during a campaign rally for Trump in Pennsylvania Monday night after Trump called the network “a disgrace”.

“I’m telling you, they are so dishonest. Without the media, Hillary Clinton couldn’t be elected dog catcher,” he said to loud cheers.

Trump also tweeted about the network on Monday. This time, he characterized the cable news channel as “the worst” and accused it of rigging a focus group that took place after the second presidential debate.

The aim of the neoconservative war hawks who are embedded in Clinton’s campaign, as well as CNN, the Washington Post and New York Times, is clear. President Putin is being set up by the neocons as the next Saddam Hussein, Muammar Qaddafi, and Bashar al Assad. And they all feel Trump is too friendly with Putin.

Jeff Bezos, the owner of the Washington Post, has a $600 million contract with the CIA to provide cloud computing services for the intelligence agency. The deal makes The Washington Post, via interlocking close corporate links, a contractor.

Democratic Party and Obama administration officials have been accusing Russian intelligence of being behind the computer hacking of Democratic National Committee, Democratic Senate Campaign Committee, and Hillary Clinton campaign computer systems. Russia has denied any such involvement.