Despite all the reservations from his own party, he became a member of Germany's cabinet: Karl Lauterbach ultimately became Minister of Health thanks to promotion in the mainstream media.

The SPD Chancellor Scholz therefore violated the proportional and quota rules that he himself imposed when selecting ministers, the Wochenblick reported.

Lauterbach’s new position has not made him wary 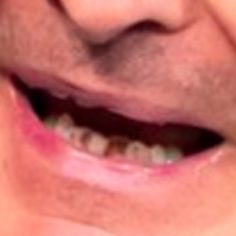 Lauterbach is not a picture of health: Rotting bottom row of teeth. Twitter

Countless TV shows and the mainstream press have already given Lauterbach endless opportunities to spread vaccination hysteria quite shamelessly. The Minister of Health, who incidentally boasts a row of rotten bottom teeth, appears not to want to mend his ways.

On the day he became Minister of Health, alarmist Karl Lauterbach gave an interview to ZDF in which he claimed that the Omicron variant was “very dangerous”. If this virus variant became the predominant one, everyone who had been vaccinated twice would have to be vaccinated again, he said. Only then will full vaccination protection be achieved.

In Namibia during the past month, 95% of sequenced cases were confirmed Omicron. Also, less than 12% of Namibia is vaccinated.

Despite this, infections remain almost non-existent.

Why hasn’t Omicron taken hold in South Africa’s neighbor, if it so infectious? pic.twitter.com/vl7PUsHuqs

One is amazed to learn that there were not yet any reliable scientific results on the table on Wednesday to accurately assess the Omicron variant. The moderator of the Heute Journal then followed up and asked the new minister about the danger for children from Omicron: “It’s harmless to children. What do you, as Minister of Health, say about this in this new position?”

Without blinking an eye, Lauterbach replied: “The following can be said very clearly: We have to assume that the Omicron variant is particularly dangerous for children. Unfortunately, this is so that the Omicron variant not only spreads faster, but unfortunately also affects children more heavily and thus leads to more hospital admissions. That means we have to plan ahead here.”

Lauterbach said he hoped that there would be an assessment from STIKO soon to support his claim. He personally was “speaking as a scientist”. This was too much to bear even for fellow vaccine pusher, virologist Klaus Stöhr, who confirmed that there was no evidence for these outlandish claims. “From my perspective, there is no evidence from the preliminary data that even comes close to the conclusion that children are affected by severe courses at Omicron.”

The mainstream press has started to question his falsehoods

Of course, the mainstream press is more cautious in its choice of words, but at its core the Berliner Zeitung also outed him as a liar. It commented on the statements Lauterbach made on the ZDF news program: “The statement by Health Minister Karl Lauterbach that the Omicron variant is especially dangerous for children and would lead to high hospitalization rates, is obviously not backed up with facts.”

In other words: The reason for Lauterbach’s fictitious claims about the Omicron variant, is aimed at causing panic again, in order to get parents and the population to accept the jab since there is the “threat” that the Corona variant from South Africa would lead to severe illness and hospitalizations.

The Berliner Zeitung comes to the same conclusion as any sane person would: “The statement that children are more affected by Omikron ignores the data situation. […] The current data worldwide does not yet say anything reliable about the dangerousness of the variant or the degree of hospitalization.”

But what does that say about the new German Minister of Health and his role to inform the public? Because even his statement that a booster vaccination helps, cannot be upheld, as the Omicron variant will soon be predominant and the old vaccines do not help against variant escape.

“Finally, the irresponsible statements of this ominous man are under the microscope. Hopefully this will not be ignored,” commented the AfD’s family policy spokesman in the German Bundestag, Martin Reichardt, after the mainstream press checked the health minister’s statements for their truthfulness.

Perhaps Lauterbach wants the press to concentrate on his antics rather than rising hospitalizations for myocarditis?

The figures from the Federal Statistical Office – a state institution that is subordinate to the Federal Ministry of the Interior – on excess mortality in Germany in 2020 compared to the previous year 2019 convey something that politicians and the mass media do not want to hear.

There was excess mortality in the Corona year 2020. In October, for example, only one third of this was due to Corona and two thirds had other, as yet unexplained causes, according to a press conference of the office in Wiesbaden.

What does that tell us? Perhaps that Corona is responsible for a third of the deaths that exceed the expected numbers and the anti-Corona measures for twice as many cases? There is zero data on vaccination results and deaths, and therefore nothing can be proven, but neither can the contrary.

The Bundestag has passed a further amendment to the Infection Protection Act. In a vote on Friday 571 MPs voted for mandatory shots, 80 against, 38 abstained.

The change provides for a mandatory vaccination for staff in health and care facilities from March 15, 2022. In order to speed up the booster vaccinations, dentists, veterinarians and pharmacists should also be allowed to temporarily administer vaccinations and it is expected that they will be paid extra per injection.