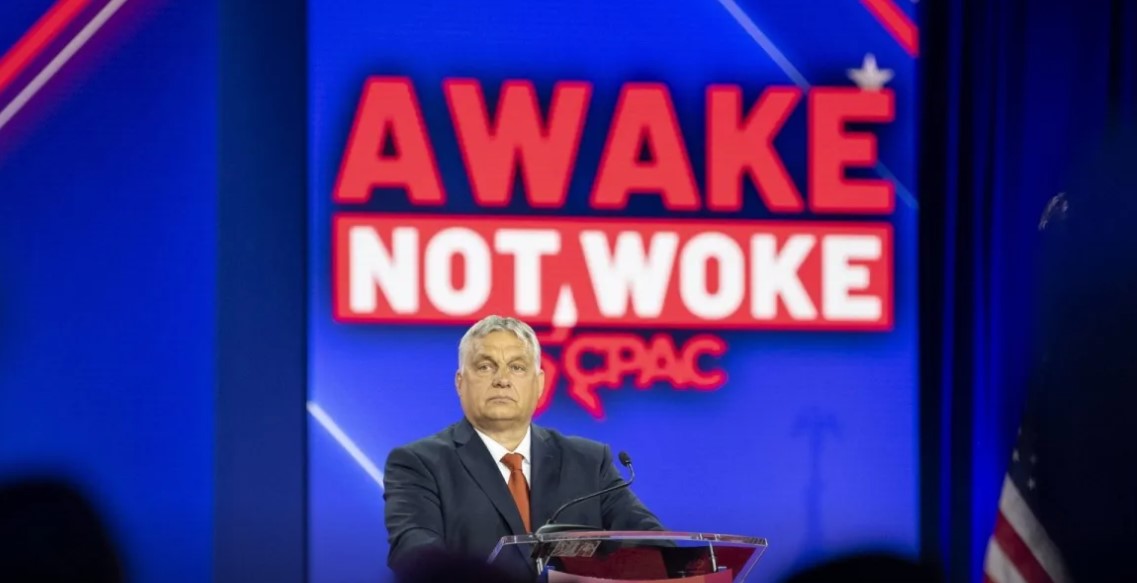 According to the Hungarian guest speaker, the most evil things in modern history were carried out by people who hated Christianity. “Don’t be afraid to call your enemies by their name. You can play it safe, but they will never show mercy. Consider for example George Soros, as you call him here. In Hungary, we call him: Gyuri bácsi, which means Uncle Georgie.”

He explained that to fight successfully by liberal means was impossible “because our opponents use liberal institutions, concepts, and language to disguise their Marxist and hegemonist plans”.

“This is a culture war,” Orban said. In contrast, it is important to bring Christian churches, families and institutions back to life.

“Hungary is an old, proud but David-sized nation standing alone against the Woke Globalist Goliath,” he said. The basis of the political struggle are common Christian values: “Today’s progressives try to separate Western Civilization from its Christian roots once again.”

Orban insisted on reporting on the successes of his policies as prime minister, such as “zero illegal immigration” because Hungary decided in good time to fortify its borders. Migration is the “decisive and final battle for the future”, the most important thing that Hungary can leave behind for its children and grandchildren. In addition, Hungary erected a “wall of law” around these children to protect them from gender ideology; there is no sex education in school without parental consent. State-regulated education is “an old communist trick”.

One part of his speech was met with frenetic applause in Dallas when Orban quoted a brief passage from the Hungarian constitution stating that the family was defined as the bond between a man and a woman. The number of marriages has doubled in the last ten years, the guest from Budapest explained, and the number of abortions has halved. If the family perishes, the West will perish too, he stressed.

“We have seen what kind of future the globalist ruling class has to offer. But we have a different future in mind. The globalists can all go to hell, I have come to Texas,” Orban told the gathering.

“Fewer drag queens, more Chuck Norris,” is how he summarized his country’s security policy and advertised that Budapest was “one of the few major European cities” where it was safe to walk through the streets at night. Not without pride, he also spoke of a lean state, low taxes and tax exemptions for women with many children.

Orban concluded by blaming globalists for fomenting the war in neighbouring Ukraine: “In my view, the globalist leaders’ strategy escalates and prolongs war and decreases the chance of peace.”

The CPAC is considered the largest gathering of conservative activists and politicians from all over the world.

US Army mired in recruitment crisis

Washington"Woke" culture and sex change operations in the US military have done it no favours. In fact, in the spirit of Bertolt Brecht: "Imagine it's war and nobody goes there!"

WashingtonIn the United States, an energy crisis looms with record high fuel prices and inflation at its highest level in 40 years. Yet the Biden family plans to make a huge profit from it.