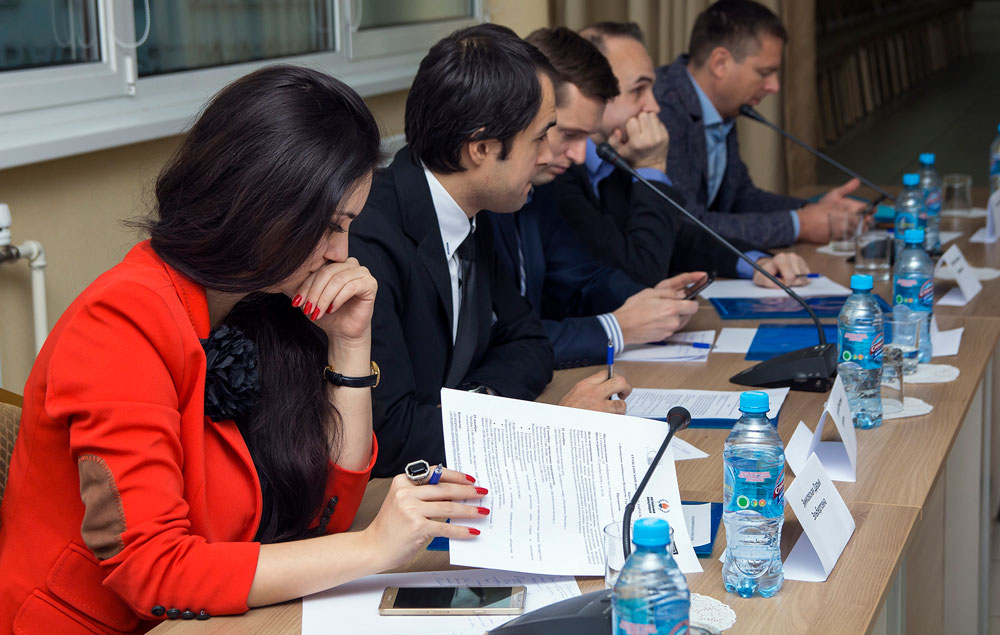 Experts from Belarus, Russia and Ukraine met to discuss issues of cooperation between the three countries.

On December 22, Minsk once again became a platform to address the pressing issues that are on the international agenda. In the capital of Belarus a round table entitled “Experts from Belarus, Ukraine and Russia: regional aspect” was held, during which experts discussed the current state of inter-regional and cross-border cooperation among the three countries. The meeting has affirmed the Belarussian politicians’ statements that “Minsk has become a symbol of dialogue on a number of important economic and political issues”.

According to representatives of the expert community, the year 2016 wasn’t decisive with respect to the relations between the three countries. There are still problems that require immediate solutions.

“Union of Russia and Belarus is definitely a good example of integration in the post-Soviet space. It can serve as an example on how to build relationships with neighbouring countries successfully. It would be a good example for Ukraine too”, said political scientist and director of the Institute for Russians Abroad, Sergey Panteleev. He is sure that the cause of the problems in relations between Russia and Ukraine is rooted in the desire to show up Russia as an enemy. But the evolution of the Belarussian-Russian relations provides for refuting such ideas.

Yuri Shevtsov, political analyst and director of the Centre for European Integration Studies (Minsk), believes that only the implementation of the Minsk agreements can change the situation.

“The Minsk agreements should be implemented by all the signatories. It is essential. Until that happens, there will be no breakthroughs in our relationships. Meanwhile, it’s impossible to talk about the integration of the three countries. The implementation of the documents signed in Minsk should be the basis of this process. This will allow us to restore relations,” he said.

According to Ruslan Bortnik, political scientist and director of the Ukrainian Institute of Policy Analysis and Management, “the Crimean and Donbass crises have made open dialogue unattractive.” A radical mood is prevailing in Ukraine and this has narrowed both sides’ room for manœuvre.

“The Ukrainian crisis is a story lasting for a dozen years more, because people who have become the catalyst for these events won’t change the way they think and won’t admit that they have been wrong”, says Ruslan Bortnik.

The expert thinks that there is a need to look for a new model of modernization to solve the existing problems. “We can look at developing China or develop such models by ourselves. Socio-economic modernization and the creation of successful economic projects will take our cooperation to a new level. Belarus can become an Eastern Switzerland for the Ukrainians and Russians. Only in this do I see the possibility of our civilizational survival,” he stressed.

Participants in the civil forum discussed issues around Belarusian-Russian-Ukrainian cooperation on this platform for the first time. This debate is a logical continuation of the round table “Expert community of Ukraine, Russia and Belarus in modern conditions”, organized at the initiative of the Belarussian public organizations: the nformation and educational institution “Modern concept”, the portal IMHOclub.by and the centre of modern social technologies.

At the round table the experts agreed to continue cooperation within the forum. As the current geopolitical situation unfolds the recommendations emanating from the Minsk discussions can give new meanings to relationships between the three countries – Belarus, Russia and Ukraine.