Massive snowfalls in November affected several countries in Central Asia and North America, among others. In the northern hemisphere, the total snow mass is said to be an unimaginable 400 billion tons above average and has been growing faster than usual.

In Canada, all-time snow records have been broken, as well as in various places in the United States. These are often old records from the cold snowy years of the 1940s, which have been exceeded by a wide margin.

The Canadian authority ECCC, known for its extreme climate alarmism, has now had to issue cold and snow warnings. Here are a few examples of snow records around the world during the month of November.

On November 21, the northern hemisphere’s total snow mass, thanks to Central Asia’s record snowfall in November, was 400 gigatons (billions of tons) above the average for the 30-year period 1982 to 2012. In November this year, the Central Asian mountain ranges saw an unusually early winter season with “exceptional volumes” of snow. The snow depth has in some places been measured to almost two meters even before start of the winter season months of December to February.

Various cold and snow records have been broken in countries such as Pakistan, Afghanistan, India and southwest China. This is despite the fact that the South Asian “winter monsoon” is usually characterized by cold but dry conditions. Therefore, millions of people in the region have been surprised by snow volumes.

Western mainstream media, outside the affected regions where the situation cannot be misrepresented, have scarcely or not at all reported on both the extensive and deviating extreme weather. This is because snow and cold records do not fit into the globalist establishment’s narrative of a world that is being destroyed by global warming, a phenomenon blamed entirely on carbon dioxide-creating human activity.

Without this threatening narrative, for example, petrol and diesel cars would face no ban in the coming years and neither would new high carbon dioxide-related taxes and duties be introduced with the same urgency. 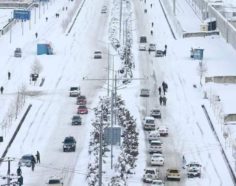 A northern European capital? No, the Afghan capital Kabul. Although it is located at just under 1 700 meters above sea level, heavy snowfall is unusual in November. Photo: Twitter

In India, it has not been quite as extreme, but the country’s Meteorological Department (IMD) reported that the provincial capital Shimla in Himachal Pradesh received its first snowfall in November. It last happened 15 years ago. Although it is mountainous areas and high-lying areas that are mainly affected, where cold and snow are common in the winter, it is also where it is first noticed if the winter season in the entire region risks becoming unusually long, cold and snowy. Since October, unusually cold weather and early snowfall have also been recorded in the northern hemisphere in North America, Central Asia and India. In the latter country’s capital New Delhi, the lowest average temperature since 1962 was measured in October. 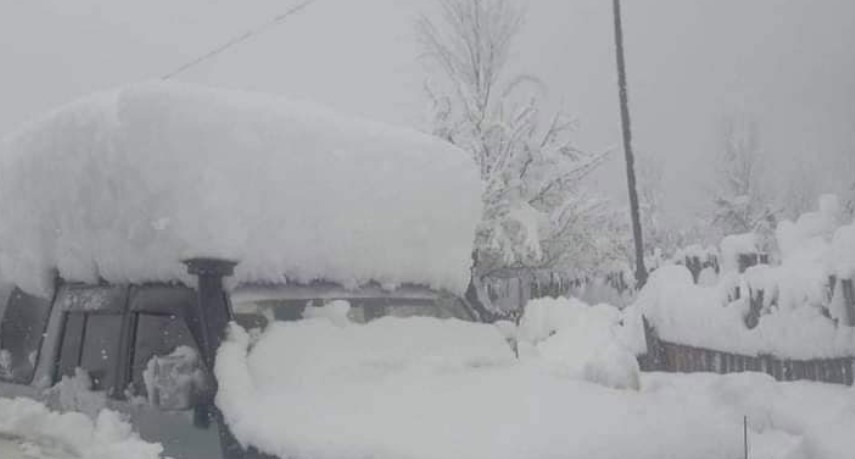 Pakistan: An off-road car covered by November snow in the Swat Valley, whose densely populated river area is located at just under a thousand meters above sea level and around 200 km north of the capital Islamabad. Photo: Twitter

In the southern hemisphere, in Australia, an all-time cold record was set in Sydney and the predominantly tropical country Brazil experienced minus degrees and frost in November. 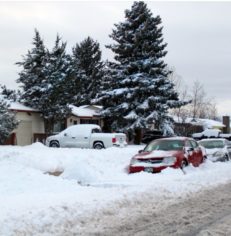 A metre of snow fell in the foothills of Denver/Boulder. Photo: Twitter

The latest example comes from Denver, the most populous city in the state of Colorado. The metropolitan airport has now broken its daily snow record in November, for the first time in 74 years. It happened on November 24 after a “historic snowstorm” swept over the city. The airport then received 12,7 centimeters of snow, a new daily record that beat the old one from 1946 of 10,2 centimeters.

It was remarkable that the area, which is known for its powder snow, now saw heavy water-rich snowflakes fall. Just over a tenth of the snow depth corresponded to the water depth when it melted, which also gave the city and its surroundings one of the biggest precipitations of the year.

Meteorologists and snow plow operatives also remarked that the snow has been much more compact and heavier than usual, as it had a high water content. Heavy snow is a problem for air traffic for several reasons. In and around Denver, water-thawed snowfall of between 7,6 and 15,2 centimeters was also measured. The earliest minus degrees since 1962 also occurred on September 8.

The Labrador region on Canada’s east coast was buried by heavy snowfall on November 24, setting new records. Early in the morning, people in the central parts of Labrador woke up to discover that the snowstorm during the night had given them up to half a meter of snow. Heavy snowfall then continued throughout the day and the snow cover was measured by weather stations later in the day at 80 centimeters and even more in places. Warnings of a “dangerous snowstorm” were issues throughout the day, as the extreme rainfall combined with strong winds created almost zero visibility and very difficult traffic conditions.

According to meteorologist Matt Grinter at the Weather Network in Canada, Happy Valley-Goose Bay, the largest town in Labrador, had registered 59 centimeters before 9 o’clock in the morning on November 24 and the snow fell at an “incredible rate”, with 5-10 centimeters per hour around the clock.

Grinter pointed out that this was not only the city’s snowiest November day in known history, breaking the previous record of 40,6 centimeters from 1944, but that several other places also saw their records broken with almost double the amount of snow.

Not only were schools and many other things forced to close, but in some places it was difficult for people to even get out of their houses or walk only short distances. 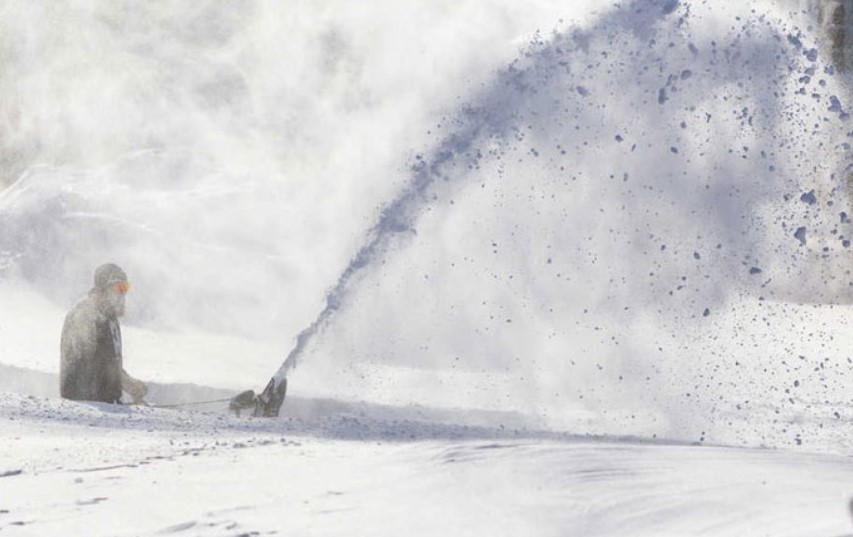 Communities in eastern Canada stopped on November 24 when another blizzard hit, breaking all previous records by almost twice. Not only were schools and many other things forced to close, but in some places it was difficult for people to even get out of their houses or walk only short distances. Here a man is seen fighting with the snow mass in the hard-hit region of Labrador. Photo: Twitter

Communities in the region, which are used to snow and severe weather conditions, were nevertheless paralyzed on November 24. Schools, airports were forced to close. It snowed much faster than all the mobilized snow removal vehicles and machinery could handle, which meant that several roads had to be closed. Even the mail delivery was stopped completely, which is unusual.

Western Canada was hit earlier in November by a snowstorm that in just one day delivered up to half a meter of snow in places, breaking all-time records. It was described by meteorologists as so unusual that it was “completely off the charts”. The eastern part of the country was hit even harder and the records there beat the old ones with almost double the amount of snow.

The Canadian Environment and Climate Change Canada (ECCC) was forced to issue several warnings with headlines such as “Colder than average winter” and “more snow than usual”. One of the ECCC’s meteorologists, Terri Lang, urged Canadians to “definitely prepare” for an unusually harsh winter.

It may also be worth noting that records were also set this spring in North America, when temperatures in several places exceeded zero unusually late. Not since the 1940s has spring heat been recorded in northwestern Canada this late. An example was the town of Yellowknife, which did not see mercury above zero (1,7 ° C) until 18 April.

The city of Toronto in the far southeast was also affected. The ECCC reported that Pearson International Airport received 19,4 centimeters of snow on November 22, beating the previous daily record of 7,6 centimeters by almost three times. To find an equally significant amount of snowfall during the month of November, the Canadian meteorologists had to go 80 years back to November 26, 1940, when the city experienced a snowfall of 16,5 centimeters.

Many more records were set in November in North America, not least in large parts of the northwestern United States and Alaska, and the weather services now warn of continued record-breaking snowfall even into December.