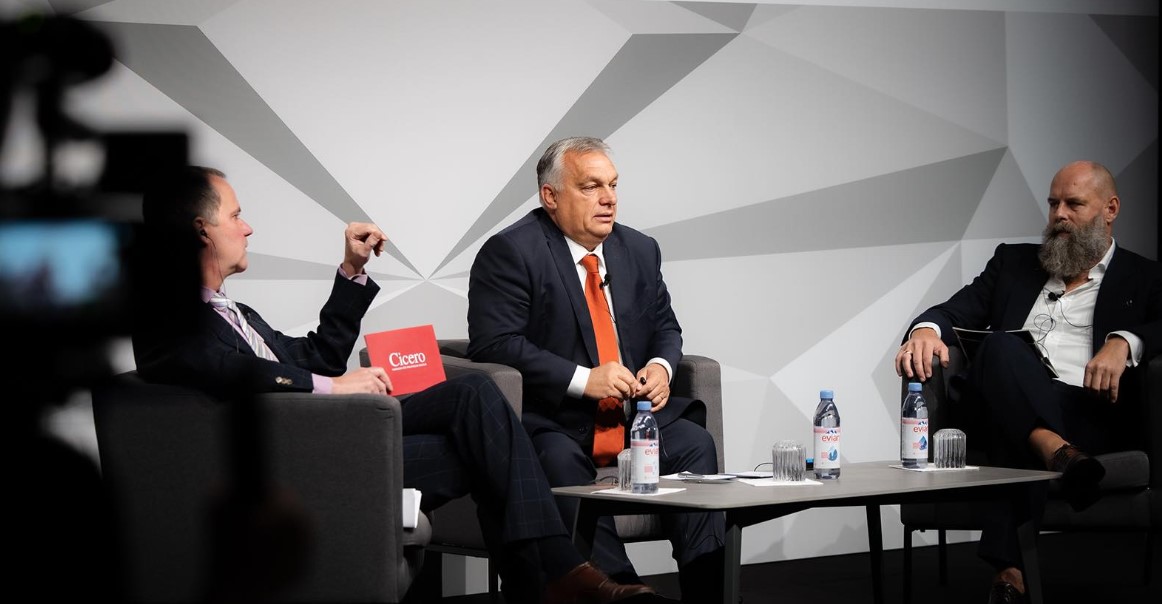 Hungarian Prime Minister Orbán has reiterated his opposition to the EU's sanctions policy and has once again called for an immediate ceasefire in Ukraine.

At a panel discussion of the political magazine Cicero in Berlin, he did not mince words: “The EU’s sanctions policy against Russia is primitive in its implementation and catastrophic in its effects,” said Orbán and went on to explain that the Brussels sanctions policy “is neglecting European interests” and “destroys” the German and Hungarian economies while helping Moscow make as much money in six months selling energy resources as it would otherwise in a year.

Orbán underscored that he was not opposed to the instrument per se: sanctions should be imposed “intelligently” and only from the position of strength.

Orbán underscored again that Brussels policies had led to a situation where “a dwarf sanctions a giant” and “the dwarf dies”. “If we had used the sanctions correctly, energy prices would not be so high,” said the head of government.

According to Orbán, Europe’s longer-term interest is not in replacing Russia’s energy dependency with US energy dependency, since Europe, as a buyer, is interested in having four or five offers on the table from which to choose based on economic or political considerations. “We don’t want to change masters, we want independence,” said the prime minister.

On this occasion he once again made it clear that “Hungary was part of the peace camp” and advocated an immediate armistice and peace negotiations.

The Hungarian leader’s participation in a panel discussion with the editor-in-chief of the political magazine and the owner of the publishing company of the Berliner Zeitung newspaper, has been widely reported in the German and international press. Some of his suggestions were deemed “provocative”.

Deutsche Welle censored most of what Orban had said, including calling for negotiations between the US and Russia, calling out the Biden administration for causing and prolonging the conflict, saying that President Biden had gone too far by calling Putin names, and finally saying that the only chance for peace was the election of Donald Trump.

By doing so, the Hungarian premier also highlighted that the conflict was not between Ukraine and Russia, but between the US and Russia.

“The ceasefire does not have to come about between Russia and Ukraine, but between America and Russia,” Orbán said in the interview. He added: “Anyone who thinks that this war will be concluded through Russian-Ukrainian negotiations does not live in this world. The reality of power is different.”

Ukraine, said Orbán, can only conduct its defensive struggle because it has military support from the United States. The war is only continuing today because the Americans wanted it that way. “That’s why the Americans have to come to terms with the Russians. And then the war will be over.”

Orbán made it abundantly clear that he did not consider the geriatric US President to be the right negotiator on the American side. “The American President has gone too far,” he said. Biden has said things about Kremlin chief Putin that make it difficult for the two to negotiate peace.

“Now what I’m saying is going to sound brutal. But hope for peace is Donald Trump,” Orbán said. After the war began, Biden had described Putin as a “butcher”, “war criminal” and “murderous dictator”.