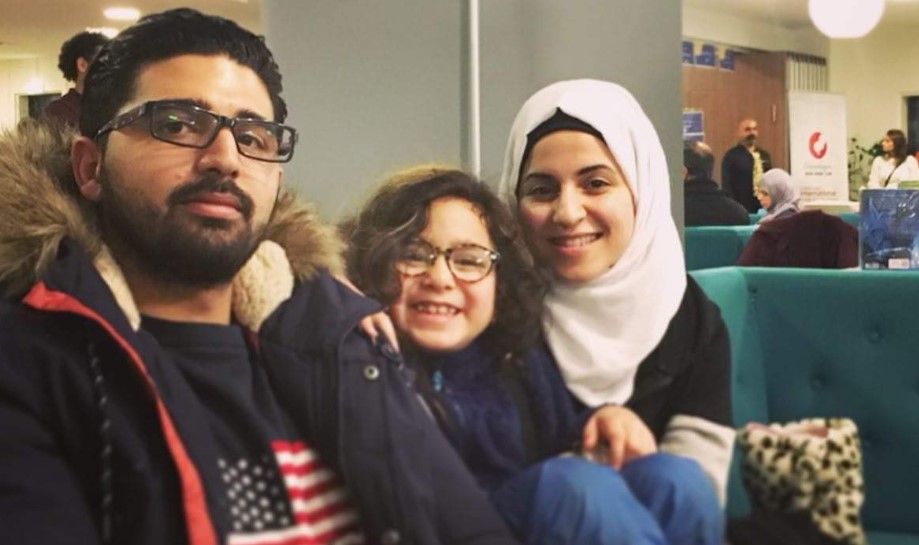 Asylum seeker Abir Shalati (right) poses as a 'refugee' but could not wait to return to Syria. Facebook
Stockholm

Eight out of ten "refugee" immigrants in Sweden have at some point vacationed in the country from which they sought protection. This showed in a poll carried out by Novus.

According to the survey, which was carried out on behalf of the online newspaper Bulletin, 85 percent of all people born abroad have at some point gone on holiday to their home country.

The proportion is largest among immigrants that have relatives in their home countries. A whopping 92 percent of them have at some point vacationed in their country of origin. Among adoptees, instead, only 41 percent have ever returned to the country in which they were born.

Of the “refugee” immigrants, 79 percent have at some point visited the country they fled from. The survey was conducted between 18 and 24 August and is based on 1 050 people born abroad.

‘Refugee’ as a badge of honor

A reporter from Sveriges Television (SVT), the Swedish public service television Abir Shalati, 26, has described herself as a “proud refugee”. But as soon as she received a Swedish passport, she went on holiday to her home country of Syria, from which she claims to have fled, Swedish outlet Samhällsnytt highlighted.

Abir Shalati arrived in Sweden on 9 October 2013, according to the Swedish Migration Agency. Months later, she received a permanent residence permit and in 2019 she became a Swedish citizen.

In the same year, she was also recruited by Swedish Radio. Her meteoric career continued thereafter and since February this year Shalati has been a reporter at SVT.

As soon as Abir Shalati received her Swedish passport, she went on holiday home to Syria. In December 2018, she described on Facebook how she hated having to “wait for that wine-red booklet called a passport”.

In July 2019, she wrote that it was then only a few days until she would visit her “home country, for the first time after 7 years”.

According to the Aliens Act, a person “ceases to be a refugee if he or she, of his or her own free will, again avails himself or herself of the protection of the country of which he or she is a national”. However, this does not apply to immigrants who have already been granted Swedish citizenship and therefore cannot be expelled under current legislation.

Meanwhile, Abir Shalati has presented herself as a “proud refugee” in social media campaigns. Among them in the group “New Swedes in Sweden”, where she highlights the lucrative career she has been able to pursue in Swedish state media.

On social media, she has also shared “Islamist propaganda”, according to Samhällsnytt. In Kristianstadsbladet’s Arabic edition Mosaik, she wrote a column last year claiming that it is just a myth that women were oppressed by Islam.

Abir Shalati declined to comment when approached by Samhällsnytt. Instead, she has deleted photos and posts from her social media accounts, according to the site.

In a post on Facebook in June this year, the Swedish Migration Agency gave tips to immigrants from the third world who want to travel on holiday to the country they fled from.

“I want to travel home and visit my family this summer, can I do that if my residence permit has expired and I’m waiting for a decision on extension?” Thus reads the common question that the Swedish Migration Agency has answered in a Facebook post.

Swedes unhappy about the obvious scam

At the same time, the Swedish Migration Agency warned immigrants that it was the border police who controlled entries to Sweden. “The Migration Agency cannot decide whether you are allowed to enter the country or not,” the agency noted.

“If you want to travel home to your home country this summer on vacation, it would probably be safe to return and thus there would be no justification for a residence permit,” one writer pointed out.