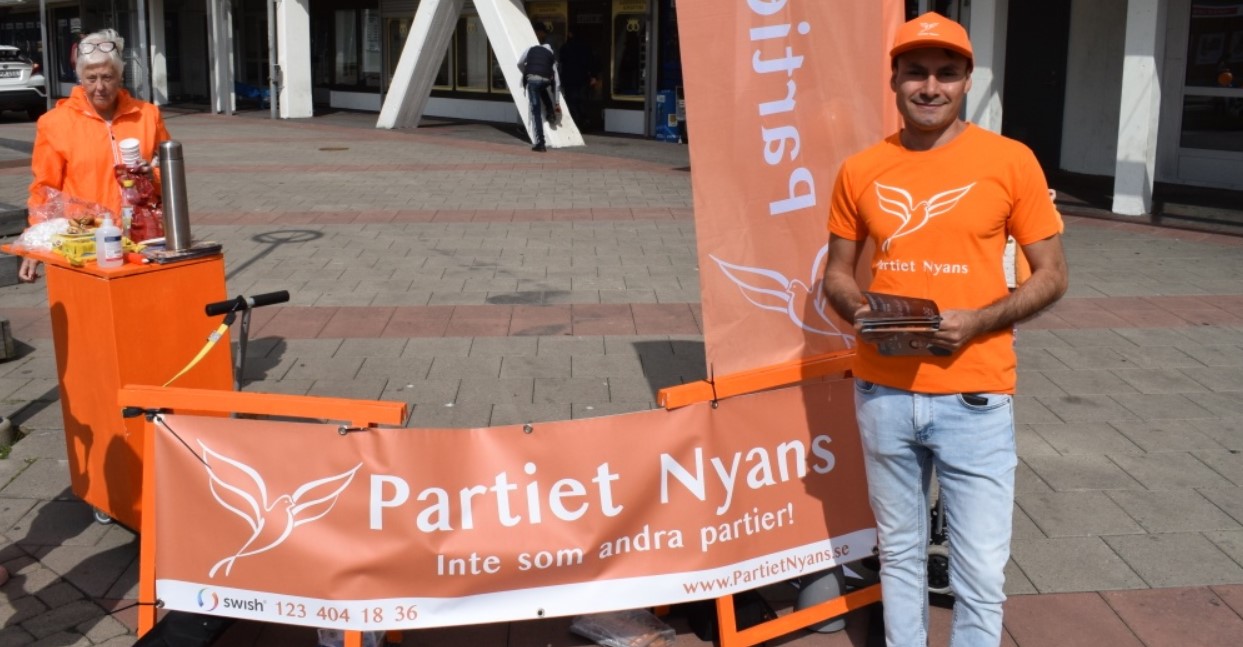 The final result will probably not be available until today, but some interesting partial results of the Swedish parliamentary election are already available. It is not only the good performance of the right-wing Sweden Democrats, who have probably become the second strongest political force in parliament, that is a sensation – but also the landslide gains that a migrant party was able to record.

The immigrant party “Nyans”, in English “the new ones”, was able to achieve impressive electoral successes in some problem areas in Malmö and Stockholm. Although Nyans only gets a little over four percent in the city as a whole, in districts like Rosengard it was elected by over 30 percent of those eligible to vote.

In its election program, the party mainly campaigns for the rights of Muslims and greater consideration for migrants. It conducted a key election campaign in the multi-cultural districts of Sweden’s cities and has now reaped the benefits. Mainly migrants from the Arab and North African region who were eligible to vote voted for Nyans.

The bottom line is that the success of the migrant party means further fragmentation of Swedish society. In the Scandinavian country there is general agreement that authorities and politicians have long since lost the battle for immigrant districts. Civil war-like riots regularly occur there, in which firearms and even hand grenades are used. The successes of the Nyans party contribute to the further cementing of Arab-Muslim parallel societies in the country.