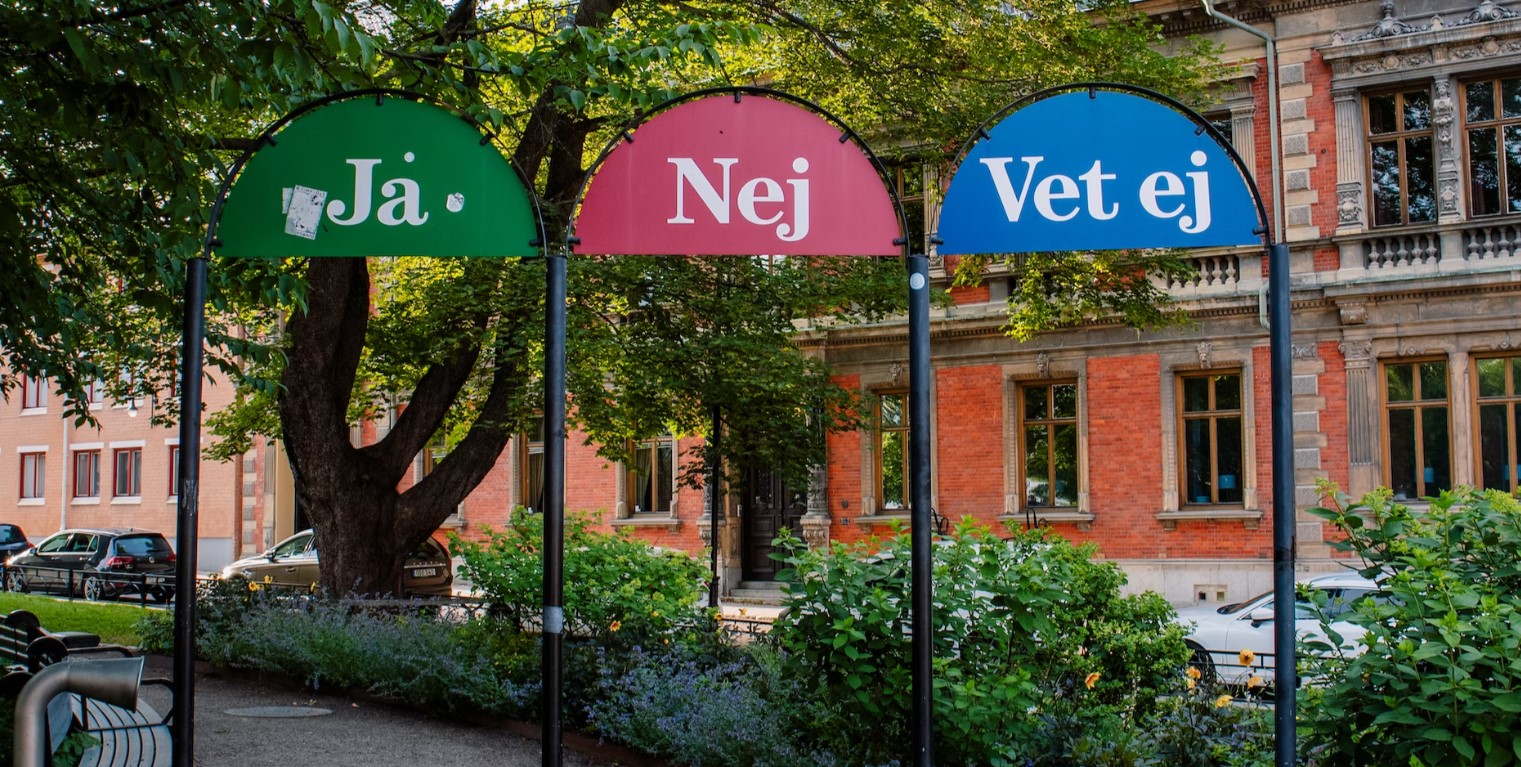 What chances do the Sweden Democrats have?

"Is Sweden moving to the right?" The German press agency is currently pondering this question in an article which includes a salient reference to "gang violence instead of bullying". The Scandinavian country will elect a new parliament next Sunday. But what chances do the Sweden Democrats really have?

Polls currently see the right-wing party, founded in 1988, between 18 and 20 percent. That’s not far from the result of the last election in 2018, when the Sweden Democrats got 17,5 percent. However, this applies to almost all parties. According to pollsters, no one is threatened with a severe implosion and nor can any political formation expect clear gains.

The governing Social Democrats can hope for a blip to around 30 percent, the Conservatives must be prepared for slight losses and can count on around 17 percent. The Center Party (nine percent), Socialists (eight percent), Christian Democrats (six percent) and the Liberals (four percent) are sticking to their 2018 results. According to polls, the Greens can hope for five to six percent.

So can the Sweden Democrats hope for a government participation for the first time? According to the latest poll, at least on paper, a centre-right government made up of Sweden Democrats, Conservatives, Center Party and Christian Democrats would be possible. They would unite more than 50 percent of the country’s voters.

However, the leader of the Conservatives, Ulf Kristersson, has so far ruled out participation by the Sweden Democrats in the government. Probably also because it would be difficult for him to claim the office of prime minister if his party were only a smaller partner in a coalition.

Nevertheless, the Sweden Democrats managed a veritable scoop last year. Together with the Conservatives, Center and Liberals, it brought down the newly elected Social Democratic Prime Minister Magdalena Andersson in 2021 by pushing through her own draft budget against the red-green minority government. So it’s not out of the question that the party around the young, dynamic Jimmie Åkesson could tolerate a conservative minority government.

The political mood in the country is currently benefiting the Sweden Democrats. One of the main topics: The gang wars in the country, which are mainly carried out by Arab and African migrants. Just a few weeks ago, a 15-year-old killer shot and killed a rival gang member in a shopping center in the southern Swedish crime hotspot of Malmö on the holy day. A bystander was also hit by the bullet. This is not an isolated case.

Sweden Democrat leader Åkesson exploited the angry mood. “There is no other factor that has affected Sweden so much and so negatively as the big, uncontrolled and lax migration policy,” he said. He has since made the party socially compatible by appearing charming and hitting the tone of a silent majority instead of that of a loud minority.

Climate realists do not know who to vote for

Tege Tornvall, columnist for Swedish outlet NyaTider, believes many Swedes cannot vote for parties and politicians who want to deprive plants of their nourishment and denounce those who want to replace safely available energy with wind and sun. “It is only sometimes windy and only sometimes sunny,” according to Tornvall.

“Few older and sane people I talk to about energy and climate actually believe the climate alarms. Over the years, they have experienced cold and heat, rain and drought, wind and calm, snow and bare ground.

“Of course, many are worried by all the climate alarms. But when I tell them how cyclically changing solar magnetism and solar wind in interaction with incoming cosmic radiation affect cloud formation and precipitation, they recognize the facts.

“I also point out how more and more measuring stations nowadays are surrounded by buildings and various heat sources and therefore record higher temperatures than in nature further away.”

According to Tornvall, common sense and their own experience tell them that the alarms are exaggerated and ill-founded. They realize that the climate alarms are strangely and worryingly ahistorical. It makes them doubt politicians and parties, who call for a fight against allegedly threatening warming. And there are many.

“Even many knowledgeable and sane professionals doubt the alarms. Not least in business and industry. In the years 2000–2011, I was editor of the Nordics’ only trade magazine for/about the automotive industry. Not a single senior manager or technician I spoke energy and climate with believed the alarm. There are also hundreds of thousands of people out of Sweden’s entire business life and industry.

“Officially, they still play along, because rules and money come that way. Almost no one dares to defy the state and authorities.

Therefore, hundreds of thousands of climate realists wonder: Who should I vote for?

“The party that defies the EU, Paris and climate law gets my vote,” said Tornvall.