Nobel laureate in economics Joseph Eugen Stiglitz does not want Liberal FDP Christian Lindner to become German finance minister. Instead, he proposes Robert Habeck from the Green Party. The left-wing professor from the US has made himself known for many pieces of advice to Germany. But the government negotiations are instead about the US nuclear weapons.

The ongoing government negotiations between the Social Democrats (SPD), the Free Democrats (FDP, classic market liberals) and Bündnis 90/Die Grünen (commonly referred to as die Grünen only) attract the interest of the outside world. The media attaches special importance to the various climate-related expectations that exist for a new Federal Government. Die Greens’ bargaining demands that new passenger cars be banned from having internal combustion engines, make it extra exciting for journalists with a left-liberal focus. Left-wing academics also express demands and give free advice to negotiators.

Most notable is the American professor and Nobel laureate Joseph Steglitz’s recurring proposals. Especially in interviews in the Frankfurter Allgemeine Zeitung, one of the largest dailies in Europe, Steglitz tends to advance the neo-Keynesian spirit. Steglitz, was a central figure in the Clinton administration and then chief economist and vice president of the World Bank until 2000.

Christian Lindner wants the new governing coalition to profess and follow the rules for the EU’s debt policy. After the large expenses to cover the Corona pandemic, Germany has borrowed a lot of money. Expenditure in the entire state aid program for the health policy and the restart has exceeded the cost of German reunification and the reconstruction program of the new German Länder after 30 years after 1990.

Christian Lindner is the strongest candidate for new finance minister, and while no names have been officially mentioned, media and industry representatives have expressed its support for him.

For Christian Lindner and the FDP, the reduction of central government debt has been a priority issue for almost ten years, but only now can their demands have an impact. However, the American Nobel laureate Stiglitz does not agree. In fact, he sees Venezuela’s Hugo Chavez as a good statesman.

If the Chavez-hugging American wants to see the Green Party’s Robert Habeck as Germany’s finance minister, he has done him a real disservice by attacking Christian Lindner, reported Handelsblatt. That an economist with such clear sympathies for Venezuela’s inflation gallop is seen as serious, is only because of his academic title and his Nobel Prize.

The Bundesbank must be the protector of stability-oriented monetary policy

On October 20, the FDP and Christian Linder announced their ambitions in monetary policy through a press release: 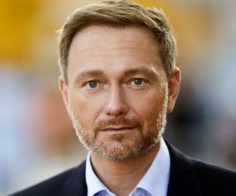 The FDP’s Christian Lindner is one of the candidates for the German Minister of Finance. Photo: FDP

“The Liberal Democrats’ party leader now sees that the Free Democrats have been given a special responsibility: We want to contribute to the German business community and fiscal policy remaining solid. We therefore want to make sure that, also in Europe, the idea of fiscal stability is maintained. Lindner promises: As Freedom Democrats, we will use our influence to ensure that the heirs of Weidmann [Jens Weidmann, the outgoing head of the Bundesbank, ed.note] do not lead to a change of course in monetary policy. ”

Christian Lindner studied political science, philosophy and state law in Bonn. Lindner has also been critical of Angela Merkel’s generous migrant policy. He is a reserve officer with a major degree and is a member of the Deutsche Atlantische Gesellschaft, the national branch of the Atlantic Treaty Association.

In other words, he is a member of a NATO-loyal association that has great influence over security policy. How it affects cooperation with the more NATO-skeptical forces in the future government is not clear, but German rulers are often more divided on the NATO issue than for example Swedish politicians who have not had to experience foreign troops or nuclear weapons on their soil.

An important point in the coalition negotiations will be the issue of US nuclear weapons being removed from German soil. The mere thought makes NATO friends and transatlantic ideologues tremble. According to the dpa (Deutsche Presseagentur), Wolfgang Ischinger, former ambassador to the United States and now head of the organization Münchner Sicherheitskonferenz, has warned that the withdrawal of US nuclear weapons from Germany could have serious consequences for security in Europe. “We pull the rug from under the Poles when Germany leaves.”

One of the most important acid tests for the new coalition in Berlin will be its foreign and military policy positioning. So far nothing specific is known about this apart from the numbing pro-Atlantic chatter of the “Great Reset” advocate and Green member Annalena Baerbock. It is obvious, however, that the three coalition parties have different views on this issue.

Nevertheless, they will have to agree on a line that will be largely determined by the future Chancellor Scholz. The SPD Chancellor will have to put the cards on the table in his first government statement. Because the international conflicts have become more acute in the past few months even if the public is being kept in the dark by the media.

The EU is at a dangerous crossroad

Spectacular inflections of this dangerous development were the de facto anti-China pact between the US, Australia and Great Britain (AUKUS), combined with the humiliation of France and the almost complete breakdown of relations between NATO and Russia. Both events have a long run-up and are politically and militarily of importance that can hardly be overestimated because they exacerbate the confrontation between states that have the most deadly weapons in human history in abundance.

If, of all things, the outgoing German defense minister causes damage by verbally threatening Russia and Ukraine takes on an increasingly harsh tone against Moscow because Kiev receives massive arms deliveries from NATO and NATO member Turkey, then things will soon be looking dire.

There is no need for Europeans to have any concern regarding the domestic political situation in Russia or China. The new Cold War between the “West” and the two eastern Great Powers should not be pursued. Europeans cannot gain anything from getting involved, but in extreme cases it could lose everything, even its existence in an atomic inferno.

The very aggressive NATO strategy and policy under American leadership would not only cost Germans and by extension the EU many billions nor do Russia or China have any plausible intentions to prey on Europeans since they do not want to weaken themselves by getting involved in violence.

And it is not naivety or unworldly pacifism that leads to this conclusion: The threat for the EU is NATO.