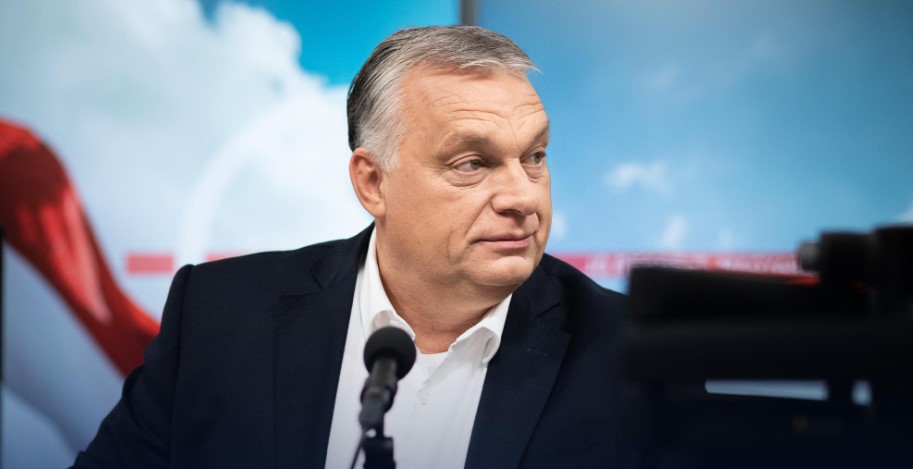 ‘Refugees welcome – but only from the West!’

Another controversial message from Viktor Orbán: the Hungarian Prime Minister has now expressed concern about developments in Germany in an interview with the German-language Budapester Zeitung – and in this context expressly invited German citizens to emigrate to Hungary.

Orbán also took the opportunity to settle accounts with the established parties. Orbán was asked by the publisher and editor-in-chief of the Budapester Zeitung, Jan Mainka, whether the Hungarian government was aware of a migration movement from Germany and whether it was planning countermeasures.

Orbán surprised his audience with a frank reply: “On the contrary! We know about this development and encourage Germans and other Western Europeans to come to us. In the next 10 to 20 years, more and more western Europeans will come to us who prefer to live with us because Hungary is a safe, Christian and tradition-conscious country. We don’t think that’s bad, but rather extremely good and welcome. […] Western Europeans who want to live freely and in a different milieu than at home should move to us. We welcome them here with open arms. Hungary is a country where many more people could live than the number of people currently living here. We are happy when foreigners who like our way of thinking come to us.”

Mainka wanted to know whether this should be understood as “Refugees Welcome!” – the much-maligned slogan under former chancellor Angela Merkel in 2015 to open the borders to 2 million illegal foreigners. Orbán replied: “Yes, exactly!” But he quickly added: “But from the West! Western refugees welcome!”

In the further course of the conversation, the Hungarian head of government recalled that in European history it had always been beneficial for the receiving countries when immigrants came from the West. He spoke of the advantage of welcoming the French Huguenots in Germany and the Germans in Hungary.

Orbán made it clear that he “respected” Germany. But compared to Germany, Hungary is now “an island of peace and freedom”. In Germany, on the other hand, freedom to speak out has been completely censored. “There is currently a liberal hegemony – only one narrative has space in public. Anyone who deviates from this no longer exists for this public.”

Referring to a recent visit to Berlin, Orbán was amazed at some of the observations there. For example, he was surprised by the many armed security forces in front of synagogues. Once again it became clear to him “that Germany has become a multicultural society”.

The Hungarian Prime Minister did not hide his disillusionment with the established German parties, the SPD, CDU/CSU and the EPP group in the European Parliament. And he did not even bother to mention the Greens in his evaluation.

The SPD is “today the most hostile party in Europe”. And the previously conservative CDU – including the Bavarian CSU – is actually “a left-wing party”. He has no hope that the Union would ever again become a sensible, conservative party like it used to be under Helmut Kohl: “The CDU is going its own way, which is not ours.”

In the same vein, he said the CSU under Prime Minister Söder was also “difficult for us to understand”. And the EPP group in the EU Parliament (the association of European Christian Democrats) under its boss Manfred Weber (CSU) is even “doctrinaire left”.

Orbán took the opportunity to once again refuse any foreign interference in Hungarian affairs. “Outside powers kept coming and wanting to dictate how we should live. When something like this happens, resistance forms instinctively in the Hungarians,” he said.

“Today, the German left wants to dictate to us through the EU Parliament how we should live and think, about migration, about genderism, the nation, the family and so on. It’s none of your business – that’s our business!”